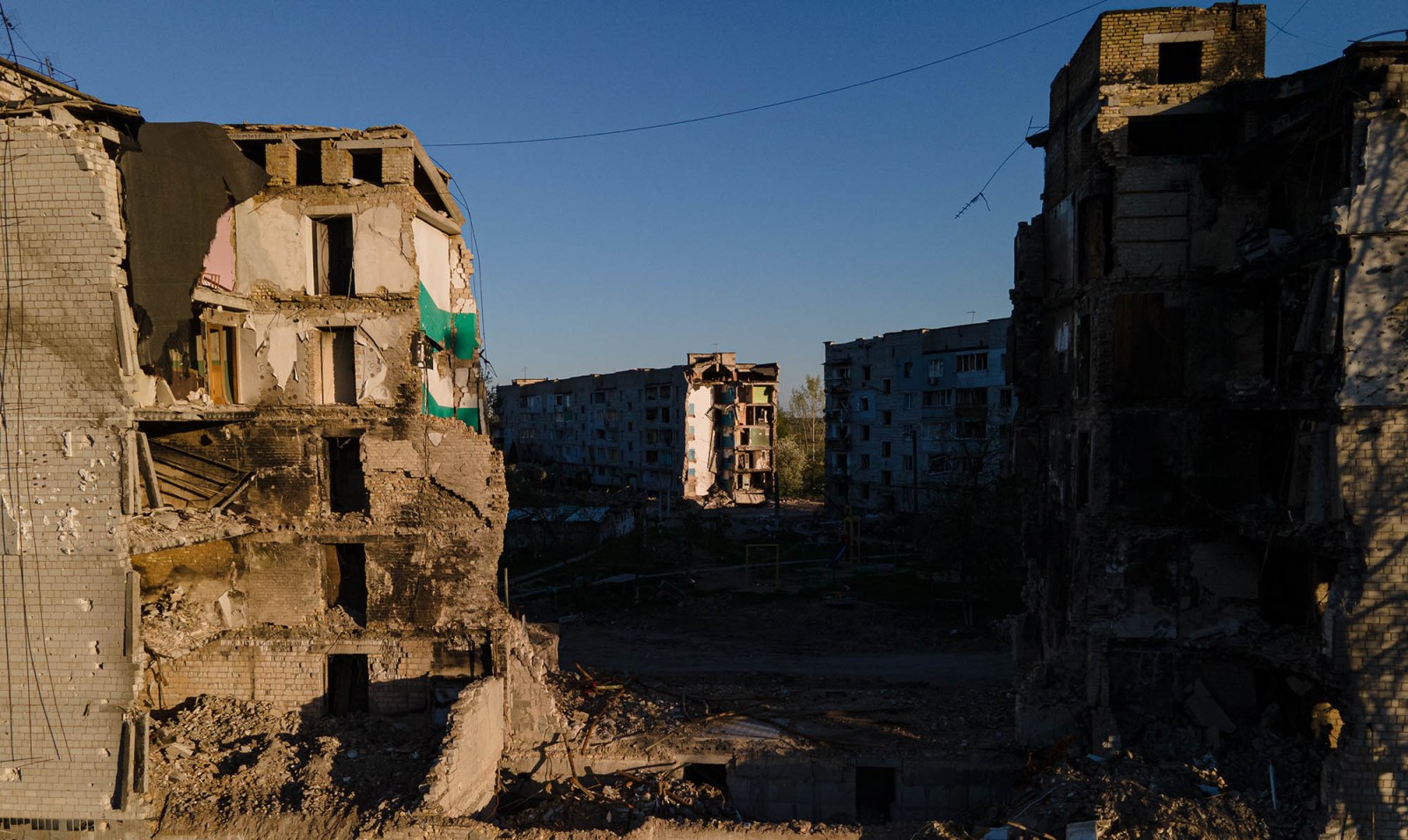 A destroyed apartment building in Borodianka, Ukraine on 4 May 2022. By the time sanctions become unbearable, monumental damage would have been done, as the Russia-Ukraine war has shown, says the writer. (Photo: Alexey Furman / Getty Images)

The operational framework of one of the most important institutions in the UN system, the Security Council, is antithetical to global peace and security. Reforming the UN should be a matter of urgency and declared a ‘global emergency’. A system that was designed in 1944 has run its course.

In response to Russia’s attack on Ukraine and the complexity of the United Nations (UN) conflict resolution mechanism, President Cyril Ramaphosa called for the “transformation of institutions of global governance” during the plenary session of the South Africa-Botswana Bi-National Commission.

On 28 April 2022, UN secretary-general António Guterres joined the international community in condemning the UN Security Council for failing to prevent or stop the ongoing conflict in Ukraine. Describing the 15-member Security Council as “paralysed”, he made it clear that the UN was set to take over and end the war. What does the UN chief have in mind?

It is exceedingly difficult to compel obedience without military capacity. When former UN secretary-general, Kofi Annan was asked if he had power, he bluntly replied: “No, I don’t.” Like Annan, Guterres has no power and no army. He has no authority over the Security Council and, clearly, only the Security Council has the power to deploy military personnel. Therefore, any intervention he makes will have minimal effect if the Russian leader remains resolute.

Will sanctions work? Experience has shown that they do not deter states from going to war, but may influence the duration of the conflict. In any case, by the time the sanctions begin to become unbearable, monumental damage would have been done, as the current Russia-Ukraine war has shown.

The inadequacy of the global peace architecture – adopted in 1945 by 51 of the 193 current UN members – to ensure order in the contemporary world is as glaring as the obstructive tendencies of the veto power enjoyed by the council’s permanent members (China, France, Russia, the UK and the US – the P5). The operational framework of one of the most important institutions within the UN system, the Security Council, is antithetical to global peace and security. Indeed, reforming the UN should be a matter of urgency and should be declared a “global emergency”.

The Russia-Ukraine war has exposed global institutions’ incapacity to act decisively to avert large-scale destruction of lives and property, partly due to the multiple interests of member states and different factions within the Security Council, which has impeded any attempt to stop the monumental damage to global resources – both human and material.

States’ membership of other international organisations or interest blocs has the tendency to influence their voting on issues of global concern. For instance, none of the BRICS member states voted against Russia at the UN.

Furthermore, global institutions such as the Security Council, International Monetary Fund (IMF) and the World Bank are undemocratic and operate in an environment that negates the principles of the liberal democracy that they are aggressively marketing across the world.

The P5 control the Security Council, with the 10 non-permanent members of the council (the Elected 10) having minimal power. Their strategic influence also means that they dictate to the world. The P5’s veto power has derailed every attempt to transform the global institution and dismantle the permanent seats. Indeed, Russia has used its veto to prevent the UN and Security Council from taking effective action during the Russia-Ukraine conflict. This reflects the undemocratic environment in which global institutions operate.

Africa, South America and Australia have no representation in the P5. Apart from its minimal role at the UN, Africa has been relegated to the background of global governance. It has no say in decisions in institutions like the IMF and World Bank. Nine votes are required to pass a resolution at the UN, and the P5 only need the support of four other countries among the Elected 10, which include the three African representatives on the Security Council (A3). If the A3 were to vote in opposition, as has sometimes happened, the Security Council would still have the required vote to pass a resolution.

With 54 African countries being members of the UN, the continent makes up 25% of its membership, yet it is excluded from the P5. Asia’s 48 members have China as a permanent member of the Security Council, while the 50-member Europe has three. This is despite the fact that about 75% of the council’s resolutions relate to Africa.

A system that was designed in 1944 has run its course. It is time for holistic transformation to render the UN and its organs and agencies democratic. Not only should “one country, one vote” be adhered to, but the votes must be equal.

Dr Adeoye O Akinola is the Head of Research and Teaching at the University of Johannesburg’s Institute for Pan-African Thought and Conversation, South Africa.