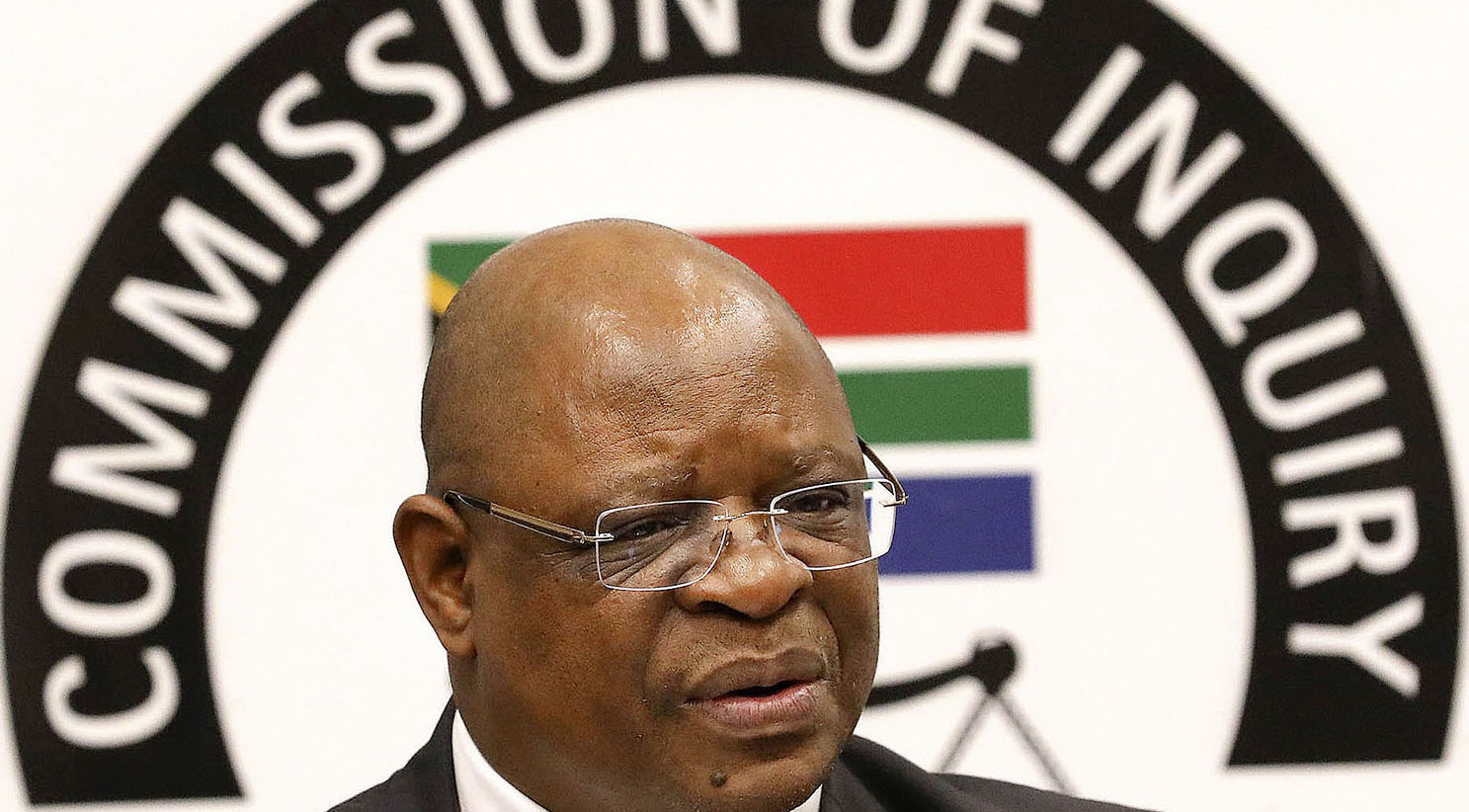 While Parliament would only fully deal with the State Capture commission report when President Cyril Ramaphosa has tabled all parts, with his implementation plan — expected sometime in October — some work is underway following already released commission recommendations.

A legal opinion is with National Assembly Speaker Nosiviwe Mapisa-Nqakula related to dealing with those lawmakers already named in previous sections of the State Capture report by Chief Justice Raymond Zondo.

That legal opinion was drafted after President Cyril Ramaphosa had submitted Part Three of the State Capture commission report, which included lawmakers and former lawmakers, it emerged in Thursday’s National Assembly programming committee.

It’s a reference without names being named also to House Chairperson for Committees ANC MP Cedric Frolick, whom the State Capture Commission report in March 2022 found to have acted inconsistently with his office. While Frolick denied having received money from Bosasa, best known for running prisons and related services, the report has recommended he be investigated under the parliamentary code of conduct — and also be referred for criminal investigation for corruption, fraud and money laundering.

It remains unclear if, and how, the legal opinion deals with lawmakers against whom steps are recommended, not in their parliamentary capacity as MPs but in their role as ministers and deputy ministers. Members of the executive are appointed from the National Assembly where they continue to serve as MPs. Only the president has to resign her/his seat once elected, according to the Constitution.

This would include, in relation to Bosasa, ANC MPs like Deputy Defence Minister Thabang Makwetla and Mineral Resources and Energy Minister Gwede Mantashe who is on public record that he’d take the report on review, as is State Security Deputy Minister and ANC MP Zizi Kodwa over the recommendation the president should consider removing him from office over his “beholden” relationship with EOH businessman Jehan Mackay that included R1.7-million.

And it remains unclear whether the legal opinion would deal with parliamentary transport committee chairperson Mosebenzi Zwane, against whom criminal investigations are recommended related to the Fee State asbestos removal scandal during his stint as MEC.

That emerges from the most recent tranche of the State Capture report, Part Four released on Friday 29 April that was critical of Zwane also as minister

“… the only reason that presents itself as the most probable reason why president (Jacob) Zuma chose Mr Zwane is that the Guptas wanted Mr Zwane for Minister of Mineral Resources and president Zuma also wanted somebody that had the blessings of the Guptas and who would co-operate with the Guptas.”

Meanwhile, ex-ANC MP Vincent Smith is already facing a swathe of criminal charges relating to Bosasa. As a former parliamentarian, like ex-ANC National Council of Provinces (NCOP) delegate Winnie Ngwenya, it’s unlikely they would face any action — as recommended — under the parliamentary code of conduct.

On Thursday, National Assembly Speaker Nosiviwe Mapisa-Nqakula confirmed the legal opinion regarding the parliamentarians named in the March 2022 State Capture commission reports. “There are some areas we will deal with.”

This arose following a request by DA Deputy Chief Whip Siviwe Gwarube that Parliament bring forward its timetable to deal with the State Capture commission report because specific sections already deal with the functions of or gaps in the national legislature.

“We should amend the timetable… Once the final report in June lands…  there’s absolutely no reason why Parliament can’t start its own process or at least set up its own systems to look specifically at the role of Parliament’s role as it pertains to State Capture,” said Gwarube, adding the president’s report back to the House four months after the final commission report would deal with the executive, not Parliament.

“Can we start looking at mapping out the process of how we will deal with Parliament’s role in the Zondo commission, particularly as it relates to parliamentary oversight.”

“We as Parliament have not instituted the State Capture commission… It was through the president and Cabinet and therefore, in accordance with the rules the president is supposed to bring the report to Parliament. Then we act thereafter…

“The report is not going to vanish anywhere. That report we are going to deal with as Parliament, but we can not be taking the report on piecemeal. Let’s allow the report to come fully… It will be a wrong precedent where we run just in front and capture just any report that comes across Parliament when it’s not tabled in Parliament holistically.”

IFP Chief Whip Narend Singh did not differ but added that Parliament would “have to be alive to the dynamics” and not be caught off-guard towards the end of the year.

October traditionally is a busy period in Parliament with annual report oversight ahead of the Medium Term Budget Policy Statement (MTBPS) that’s usually tabled on the last Wednesday of October.

According to Parliament’s State Capture commission report processing plan dated 10 March 2022, seen by Daily Maverick, once the President has submitted the full report to Parliament it would be referred to the rules committee “to discuss processing of the report. This may entail referring aspects of the report to particular committees.”

It goes on to say,

“To the extent that the report deals with the role of Parliament as a constitutional body, depending on the issues raised, the rules committee or joint rules committee will deal with the matter.

“The process to be followed can only be conclusive when the report is formally before Parliament, together with an implementation plan.”

On Thursday that process — presidential tabling of full report, then onto rules committee — was reiterated by the Speaker.

“There is no doubt that Parliament will deal with the Zondo report. That there is a delay because we wait for president [sic] to submit the report does not in any way mean we shy away,” said Mapisa-Nqakula, concluding discussions.

It remains unclear why, as Ramaphosa has already tabled to the national legislature Part Three of the State Capture commission report dealing with several current and former lawmakers, the ANC in Parliament is insisting on ridged procedural acquiescence. Unless it’s part of kicking to touch using a myriad of parliamentary protocols and procedural niceties.

That the State Capture commission report will deal with parliamentary oversight in its final part is known. The chief justice said as much.  DM