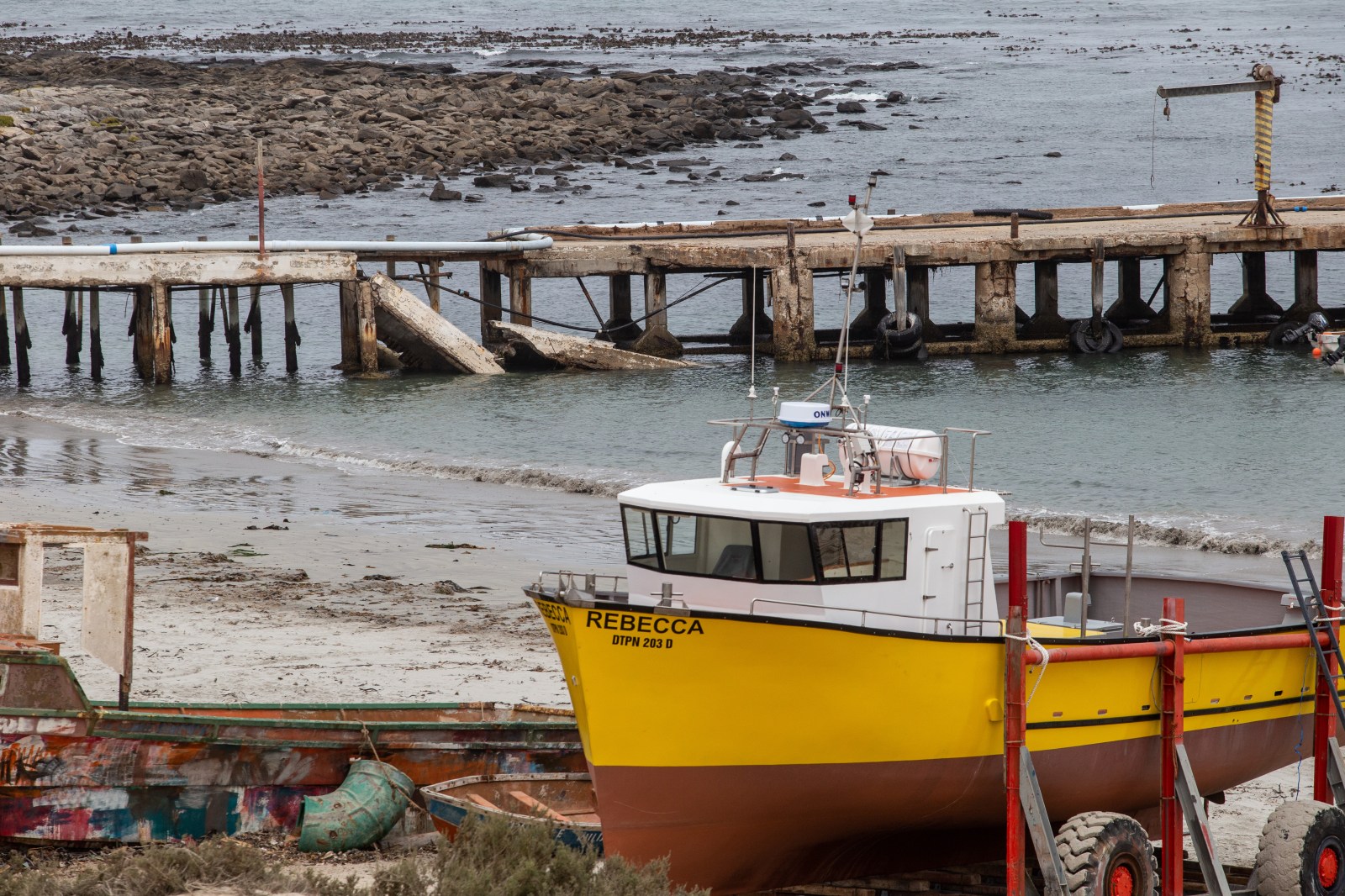 The implementation of a coherent small-scale fisheries policy is an essential part of stopping illegal fishing, says the author. (Archive photo: Ashraf Hendricks)

South Africa needs more inspectors, and we need the urgent implementation of the small-scale fisheries policy.

To stop illegal fishing from destroying South Africa’s marine resources, we need a two-pronged approach: better policing of illegal fishing, and the implementation of a coherent small-scale fisheries policy.

Illegal fishing has been a major threat to some of South Africa’s most important marine fisheries for decades. The abalone fishery earned up to R100-million a year at the start of this century, but rampant illegal fishing, starting in the 1990s, has now depleted abalone to the point at which sustainable catches are a fraction of what they were 20 years ago.

West Coast rock lobster is suffering a similar fate. Since the late 1990s, the Department of Forestry, Fisheries and the Environment has been attempting to encourage recovery of the lobster resource while still allowing some fishing. However, increasing levels of illegal fishing, estimated to be similar to the legal catches, have played a large part in thwarting these efforts.

Shamera Daniels, chairperson of the West Coast Rock Lobster Association, says illegal fishing is a huge concern for those dependent on the fishery. Unless something drastic is done urgently, a further reduction in the total allowable catch for the forthcoming 2022-2023 season seems inevitable, with disastrous consequences for thousands of coastal families.

Abalone and West Coast rock lobster are both found close inshore and are therefore easily accessible, and both fetch high prices, especially on the international market. Poachers are reported to get paid as much as R1,000 a kilogram for abalone and R150 a kilogram for lobster.

Illegal fishing for lobster can be divided into two categories. The first is opportunistic poaching for local consumption, to put some food on the table or to bring in a small amount of money. This is typically associated with frustrations over slow progress in implementing the small scale fisheries policy and other governance failures and has been labelled “protest” poaching. The second category, of much greater concern, is the well-organised, professional poaching through transnational crime.

Different approaches are needed to tackle these two categories but in both cases, and in all the country’s fisheries, thorough and reliable monitoring and recording at all harbours and landing sites of the amounts of each species caught, and by whom, is essential. The information is needed to ensure that fishers remain within their legal allowances and for feedback into the scientific assessments of the status of the fish stocks and future recommendations on allowable catches.

In South Africa, Fisheries Control Inspectors and Marine Resource Monitors should be at the forefront of this. But it is well recognised, not least by officials in the Department, that declining capacity is a major obstacle, made worse by corruption in some cases. In an affidavit submitted by WWF to the Western Cape high court in 2018 challenging the declared total allowable catch for West Coast rock lobster, then Chief Director of Monitoring, Control and Surveillance in the Department was reported as expressing concern about a significant reduction in the number of personnel engaged in these functions over the previous five years.

The consequences of insufficient enforcement capacity in the abalone and West Coast rock lobster fisheries are clear and alarming, and the problem is not limited to them. For example, since 2018, the Department has been unable to oversee and monitor all landings in the anchovy and sardine fishery, the country’s second most valuable, due to the limited availability of inspectors and monitors. It has, instead, had to rely on the industry itself to record and report its own catches.

Fortunately, the consequences appear to be mild in this case and Johan de Goede, the assistant director of Small Pelagic Fisheries Management, says the Department makes spot checks of landings and the industry has been fulfilling its role responsibly. Nevertheless, the limited official capacity is a concern and a loophole for a minority who may have less responsible objectives.

Given the serious financial and capacity constraints of government, what realistically can be done to save our more vulnerable fisheries? As a start, there is no getting around the fact that the numbers of inspectors and compliance officers on the ground, government-contracted monitors at landing sites, factories and export points, as well as observers at sea must be increased.

Compliance with regulations can be enforced but it can also be voluntary, and the anchovy and sardine fishery demonstrates another important step in ensuring high compliance. Where fishers have secure rights and are well-coordinated, they have a collective, vested interest in the long-term sustainability of the fishery and incentives to partner with the authorities to further this.

That points to the urgency of completing implementation of the small-scale fisheries policy. Giving legitimate fishers secure and financially viable long-term rights in the West Coast rock lobster fishery and in fishing for other species in a “basket of resources”, would go a long way to addressing “protest poachers” by giving the fishers an incentive to ensure a sustainable fishery and help rebuild the resource. For this to happen, the small-scale fishers, who have many shared goals, also need to work together as a well-coordinated group.

For the organised criminal elements, the benefits of poaching come from the high export prices and they rely on being able to introduce their illegally caught products into the regular value chain, which is vulnerable to this at all stages. Both Daniels and a government official I spoke to were clear on the need for reliable traceability measures using digital technology to track lobster from the landing sites to the factories and the ports of exit to prevent illegal catches from creeping into the chain.

The West Coast Rock Lobster Association is in the process of launching a Traceability Project aimed at securing the value chain and the Department needs to be a key partner, which also requires more enforcement officials operating across the value chain.

The urgent need for effective enforcement in South Africa’s fisheries and the means to achieve it are clear to all. The big question is whether government and the Department will keep repeated promises to bring illegal fishing under control, starting with the rampant poaching of rock lobster. If they don’t, and the anticipated further reductions in the total allowable catch for this fishery have to be implemented at the end of this year, the consequences will be catastrophic and the outcry from those affected is likely to reflect that. DM

Cochrane is professor in the Department of Ichthyology and Fisheries Science at Rhodes University.