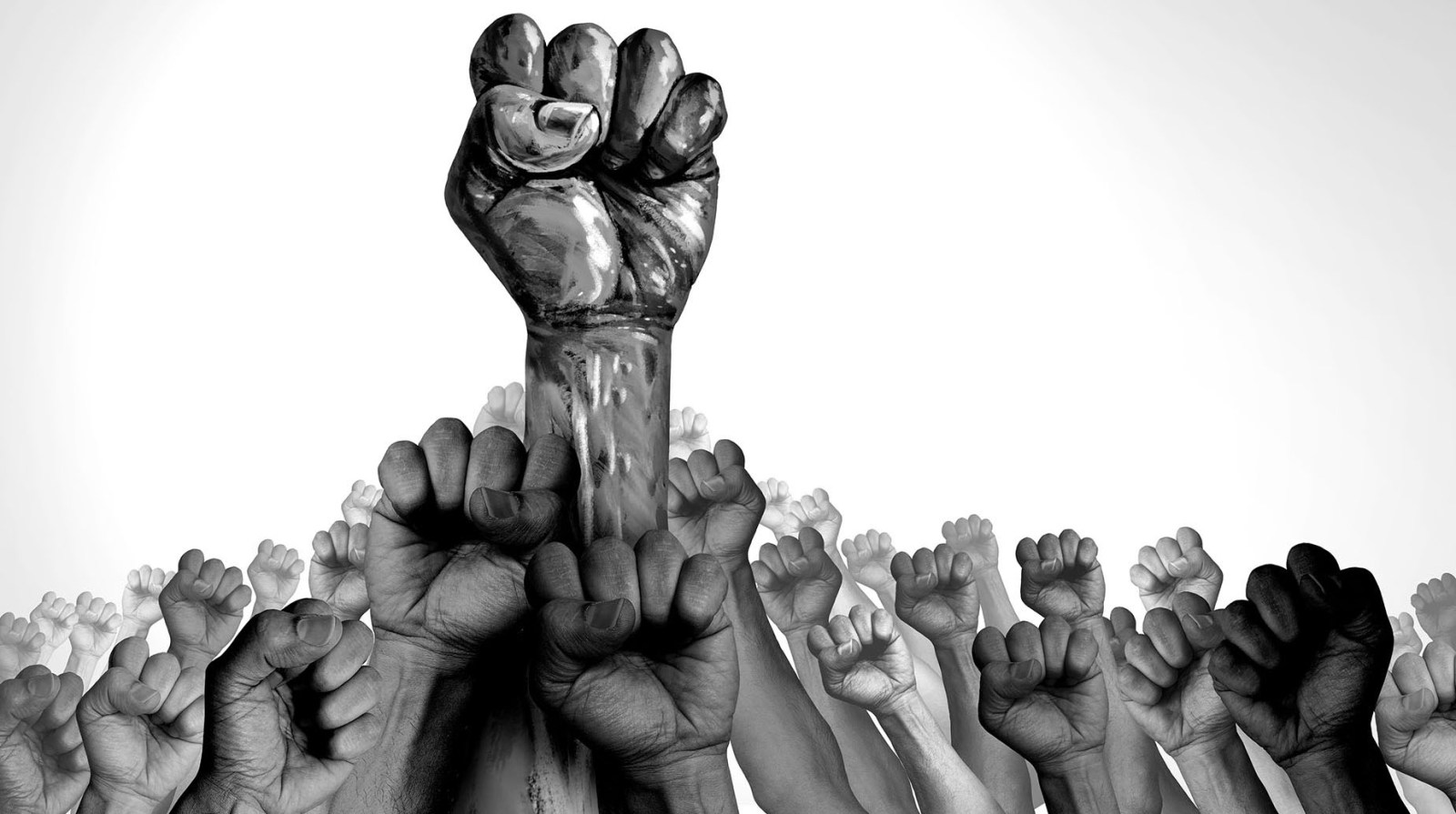 In the gap left by the weakening of trade unions we have seen the rise of civil society organisations and social movements as drivers of struggles for social justice. (Photo: iStock)

In the gap left by the weakening of trade unions we have seen the rise of civil society organisations and social movements as drivers of struggles for social justice. But as important as civil society struggles have been in fighting for human rights, they lack several vital ingredients: social weight, economic power and representativity. That is why the parlous state of the trade union movement in South Africa should be of more than passing concern to civil society.

May 1 is May Day, International Workers’ Day. It is unique as a secular public holiday that is still celebrated in many countries around the world.

But sadly for many, May Day will have passed without any understanding of its importance or relevance. Or of the centrality of the trade union movement in struggles for democracy.

In South Africa, for example, it was Cosatu and the worker’s movement, far more than the ANC and the armed struggle, that made apartheid unworkable in the 1980s. Together with the UDF, Cosatu became the backbone of the liberation struggle inside South Africa.

But ironically, at the very same time as Cosatu was a rising power in South Africa, conservative governments in Europe and North America – Margaret Thatcher and Ronald Regan in particular – were unleashing strategies that aimed to weaken the trade unions. This was to clear the path for policies that would impact badly on working-class people the world over: deregulation, privatisation and reducing taxes on the rich. Their aim was to usher in the “no-such-thing-as-society” society, espoused by Thatcher.

After some heroic resistance, such as the yearlong British miners’ strike, they were successful. With trade unions weakened, part of their plan was to change the shape of work, introducing new technology, more casual employment and less job security, thereby making trade unions more difficult to organise.

It was a double whammy and, with few exceptions, across the world trade union membership has been in freefall since then. 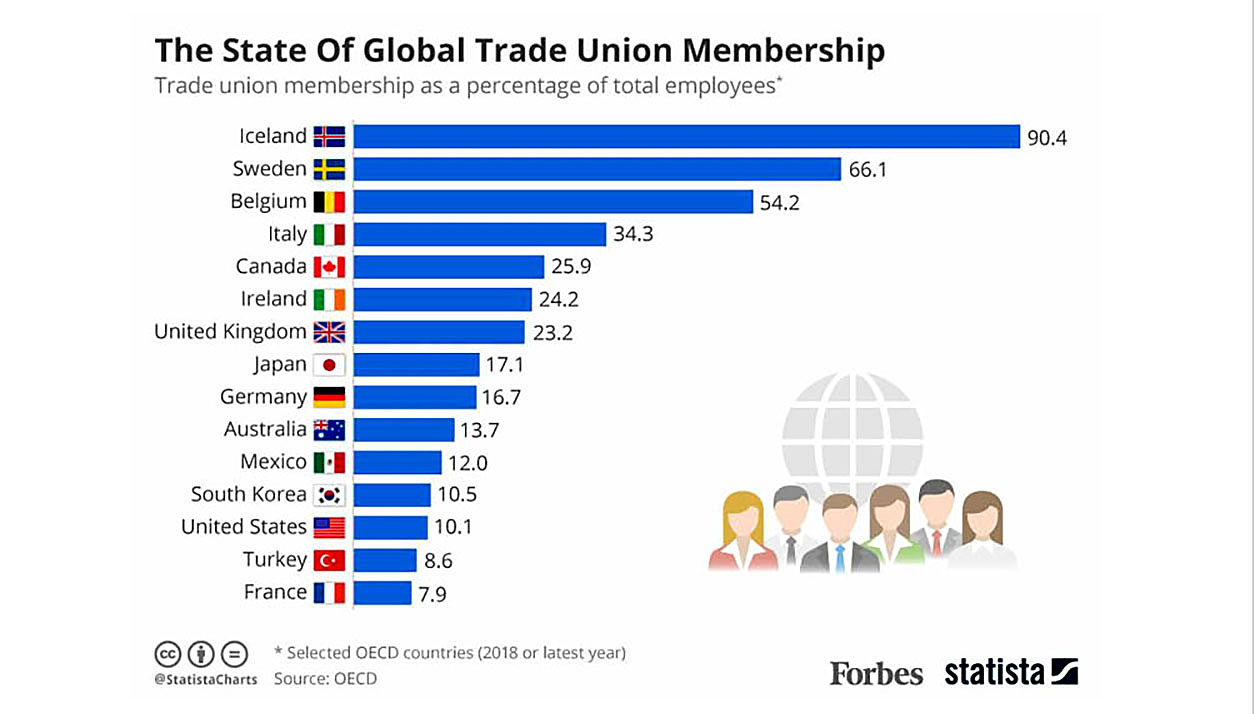 Only now are there some signs of a resurgence, such as the symbolic and hugely important vote by workers at Amazon in New York to unionise last month.

But the blow to the trade unions was not just their loss of organised power to negotiate for better and fairer wages and conditions in the workplace. It was also the loss of a counterbalance on the scales of inequality. With weak unions, unable to protect and improve wages, wealth and income inequality soared to the highest levels in history.

Unprecedented wealth accumulation by the 1% has weakened democracy as a whole, and in countries like the US, democracy has given way to oligarchy and the ability to purchase political power overtly and covertly.

This has weakened societies’ abilities to face up to all our modern challenges.

What is also overlooked about trade unions is their social and cultural role. Once upon a time in developed countries, unions also organised social clubs, sports clubs and cultural activities. They offered myths, heroes and legends. Their weakening, together with other changes in society, contributed to a loss of social cohesion, solidarity and meaning in poor communities. It accelerated the fragmentation of a secular worldview, an alternative to the prevailing ideology: birthing an apparently unipolar world and a unipolar ideology.

As opposed to solidarity, the ideology of neoliberalism was for us all to try to get “loadsamoney” (a character lampooned by British comedian Harry Enfield)… and damn the rest of society, other species, the environment and the planet.

Society is paying the price for this today.

The weakening of trade unions was a weakening of the participatory part of democracy, the end of the notion of a social contract. It ushered in decades of dog-eat-dogism.

Fortunately, in the gap left by trade unions we have seen the rise of civil society organisations and social movements as drivers of struggles for social justice. Paradoxically (or is it?), civil society is often celebrated and funded by the very elites that have destroyed the trade unions.

But as important as civil society struggles have been in fighting for human rights, they lack several vital ingredients: social weight, economic power and representativity.

Civil society can often be swatted away like an irritating mosquito. By contrast, the trade unions have the power of numbers: Cosatu still claims 1,6 million members and Saftu 800,000.

It is when civil society and the trade unions combine forces in struggles for social justice that we see real power. Cosatu, for example, became a crucial voice in the struggle against Thabo Mbeki’s AIDS denialism in the early 2000s. For a while, Cosatu was also outspoken on the assaults on democracy in Zimbabwe by Robert Mugabe and Zanu-PF.

But sadly, after its heydays in the 1980s and 1990s, the trade unions in South Africa have suffered from continuous poor leadership. Here, there were no assaults on trade unions a la Thatcher. In fact, it was their proximity to the government, not their opposition, that was their undoing.

Put bluntly, the trade unions did themselves in.

That is why the parlous state of the trade union movement in South Africa should be of more than passing concern to civil society.

So, on May Day 2022 we witnessed a trade union movement that is weak and fractured. May Day rallies drew hundreds, not thousands of people. The disruption of the Cosatu’s main rally in North West with President Cyril Ramaphosa was a sign that its leadership is often aloof from poor people and comfortable in elite niches like Nedlac.

It is ironic that that rally was delayed by more than five hours “as the labour federation struggled to fill seats at the Royal Bafokeng Stadium”. Then when Sibanye-Stillwater strikers arrived, for good reason they made their wage demands the centre of attention!

And what is wrong with asking for an increase of R1,000 a month when the CEO of the company, Neal Froneman, was reportedly paid R300-million in 2021.

But rather than helping all of society focus on these issues the trade unions risk being further divided in the battle to reclaim Numsa from corruption and capture, spilling over into self-destructive division in Saftu.

Watching the behaviour of trade union leaders, the 70% of the South African workforce that is not unionised and the millions of would-be workers who are unemployed can be forgiven for having little hope in the trade union movement.

Cosatu and Saftu both have elective congresses in 2022 and seem painfully aware of their growing irrelevance. But even if battles against corruption in unions like Numsa are won, the trade unions cannot go back to labour as usual. Citing Lenin and Marx (as Numsa did in its May Day 2022 statement), however important their historical contributions more than 100 years ago, inspires no ordinary people.

The power to rebuild workers’ power is in the hands of the unions themselves. It requires a commitment to servant leadership, to service and political education of their members, and to a practical recognition of the ties that bind the employed and unemployed.

In the fight against corruption, unions need to be open to the same level of transparency and accountability that they demand of government and business.

In particular, trade unions need to adopt and vigorously implement a reform agenda on bread-and-butter issues (such as access to health, education, food and social security – the rights in our Constitution) that make a difference in ordinary people’s lives, and to seek to galvanise all classes around why these struggles are right and just.

As they did in the victorious struggle for AIDS treatment, they need to win a moral high ground and hold that ground to win over all of society as to why social justice and equality are in the interest of all but the 1%.

In wage struggles, public-sector unions in particular need to divest themselves of the perception that their members’ interests can ever be advanced by harming the poor people who depend on their services. They need to imagine. And innovate. And build alliances with civil society.

In the scary world in which we live – Covid-19, spiralling wars and civil wars, global heating and all that follows in its wake – trade unions could be as important as they have been in the past at key historical junctures.

But they need a revolution inside themselves if they are to rise to that responsibility. DM/MC