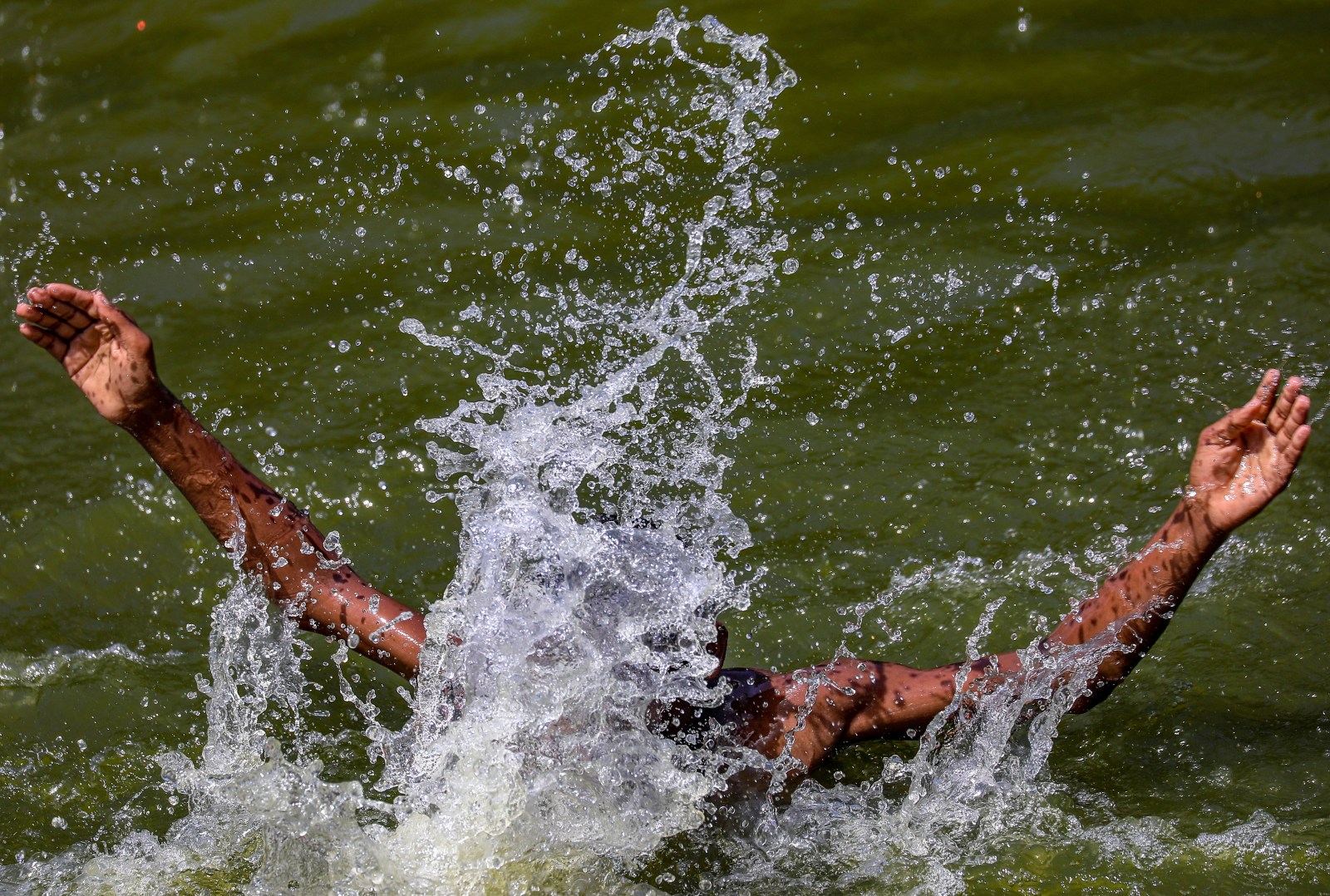 An Indian refreshes in the waters of a pond during a hot afternoon in Mumbai, India, 01 May 2022. Large parts of India are experiencing the hottest April on record. According to the India Meteorological Department (IMD), Delhi and the region of the national capital are expecting temperatures to exceed 43 degrees Celsius amid the heat wave. EPA-EFE/DIVYAKANT SOLANKI

NEW DELHI, May 3 (Reuters) - India's western state of Maharashtra has registered 25 deaths from heat stroke since late March, the highest toll in the past five years, with more fatalities likely elsewhere in a country sweltering in temperatures over 40 degrees Celsius.

Scientists have linked the early onset of an intense summer to climate change, and say more than a billion people in India and neighbouring Pakistan were in some way vulnerable to the extreme heat.

With cooling monsoon rains only expected next month and increasingly frequent power outages in some parts of India, even households that can afford air conditioners will have little respite over the next several weeks.

Many of the deaths in Maharashtra occurred in the more rural areas of India’s richest state.

India is the world’s second-biggest wheat producer, but the heat is set to shrivel this year’s crop, after five consecutive years of record harvests.

As power demand surges, generating companies are staring at massive shortages of coal and the government is pleading with them to step up imports.

India recorded its warmest March in over a century, with the maximum temperature across the country rising to 33.1 degrees Celsius, nearly 1.86 degrees above normal, according to the India Meteorological Department. Many parts of India’s north, west and the east saw temperatures surging past 40C last month.

In the eastern state of Odisha, authorities said a 64-year-old man died of heat stroke on April 25 and hundreds of others have been given medical treatment.

In Subarnapur, Odisha’s hottest district, a high of 43.2 degree Celsius was recorded on Tuesday.

“It is so hot,” Subarnapur resident Mohana Mahakur said. “Fan, air cooler – nothing is working.”

(Reporting by Devjyot Ghoshal in NEW DELHI and Jatindra Dash in BHUBANESWAR; Editing by Simon Cameron-Moore)