KEEP AN EYE OUT

This month on your screen: True-crime thrillers, science fiction adventures and photorealistic dinosaurs 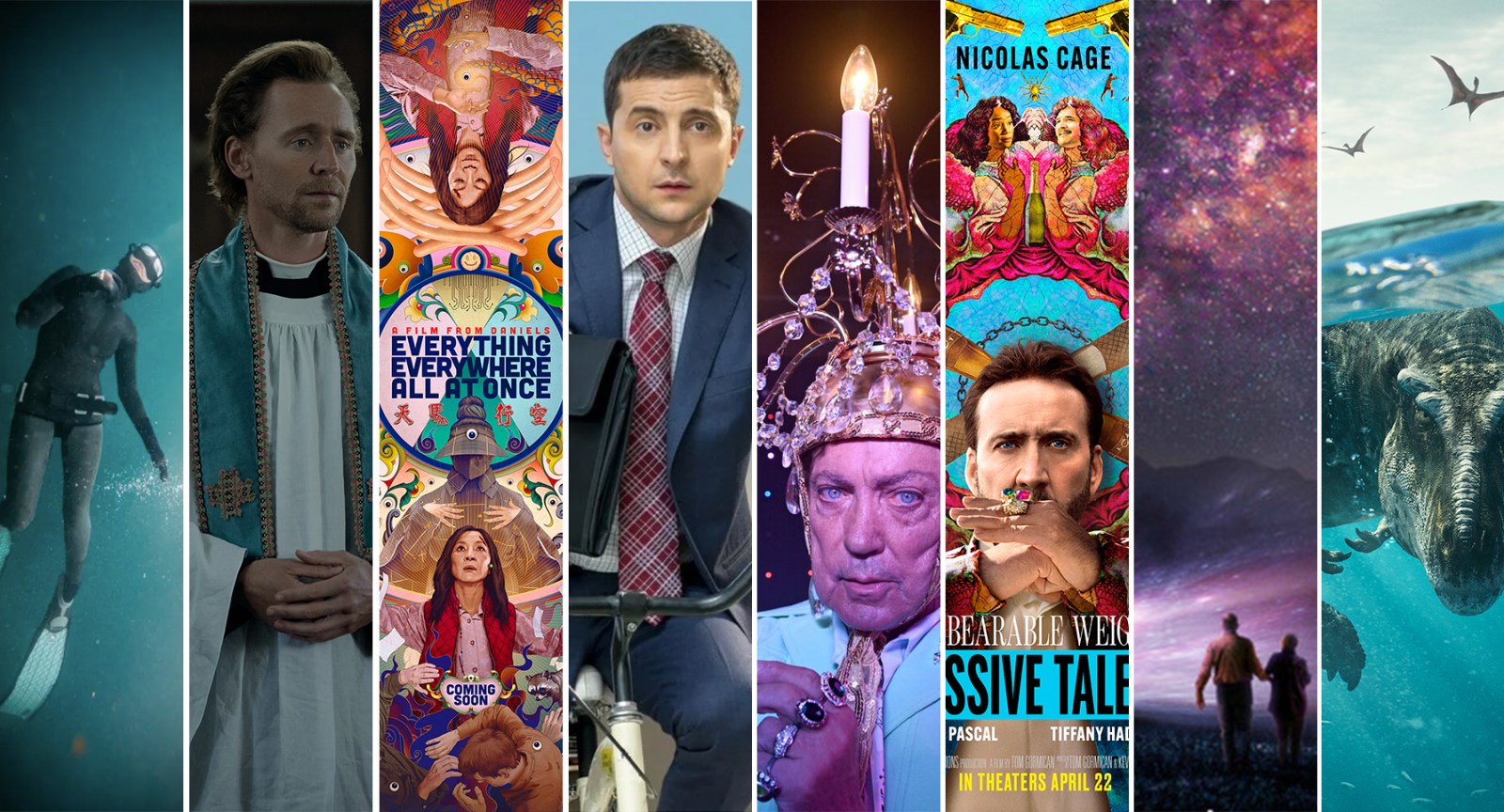 Maverick Life’s pick of films and series to look out for in May 2022 in cinemas, on Netflix, Showmax, Apple TV+ and Prime Video.

The Unbearable Weight of Massive Talent: In cinemas now

Nicolas Cage plays a version of himself called Nick Cage who is only fictional in some inscrutable sense of the word. In this conceptually convoluted satire of his career, Cage finds himself drowning in debt due to his propensity for frivolous ego-fueled spending (a habit which he apparently genuinely struggles with) and agrees to meet his “biggest fan”, played by Pedro Pascal, to earn some extra dosh.

While the plot does fall neatly into a niche of action comedy which viewers will be highly familiar with, the meta-commentary about whether Cage is an “actor” or a “movie star” is what makes it most interesting.

Everything Everywhere All At Once: In cinemas from 13 May

Michelle Yeoh plays an exhausted Chinese-American woman who runs a laundromat and is barely keeping her head above water as it is when her husband explains that he’s from a different universe and she is just one of an infinite number of versions of herself across the multiverse. As she begins to connect with her alternative selves, gaining their knowledge and skills, she becomes an unstoppable (slightly overwhelmed) force in a sci-fi adventure.

Distributed by A24 and directed by Daniel Kwan and Daniel Scheinert, who collectively go by “Daniels”, it’s a quirky genre-blending feat of movie mayhem with top-notch action choreography, chaotic comedy, and multilayered writing.

Hold Your Breath: The Ice Dive: 3 May

A Netflix documentary about the extraordinary Finnish ice and free-diver Johanna Nordblad’s attempt to break the world record for distance swum under ice with a single breath. Having already broken several free-diving records in the past, she is determined to prove what sportswomen are capable of.

A gritty crime thriller series (one of Netflix’s first major productions from Chile) about a woman’s race against the clock to find her missing sister in the face of the authorities’ negligence, sexism and media harassment.

A creepy and suspenseful true-crime documentary about an only child who discovers via an at-home DNA test that she is actually the daughter of a fertility doctor and religious leader who secretly conducted a sort of egomaniacal experiment which made him a father to an unknown number of people in a single community. Watch it if you enjoyed Three Identical Strangers.

A Ukrainian comedy series in which Volodymyr Zelensky, the current president of Ukraine, played the president of Ukraine. Zelensky plays a high school history teacher in his thirties who is overwhelmed and unprepared for office when he is very suddenly elected. It’s pretty strange in hindsight – the show ended in 2019, the same year he was elected in reality, and the same year that Covid reared its ugly head, leaving him as overwhelmed as his fictional counterpart (all of which was a cake-walk compared to what he is currently trying to manage in the context of Putin’s war on Ukraine).

New episodes of the Emmy-winning experimental sci-fi short series are being added to the anthology, promising the same witty humour, stunning visuals and freaky horror.

Netflix’s flagship ’80s horror series is releasing the first half of its penultimate series, which takes place six months after the events of Season 3 (in which time most of its cast have apparently rapidly hit puberty). It’s been three years since Season 3 aired, and the show’s obsessive fan-base have spent all that time preparing to devour any episodes that are released in a single sitting.

Written and directed by award-winning LGBTQI+ filmmaker Todd Stephens, Swan Song features Udo Kier as the retired, formerly famous and flamboyant hairdresser Pat Pitsenbarger, who is requested to style a dead woman’s hair and takes an unexpectedly long time getting across town to do so. It’s quirky and ridiculous but also gentle and kind to its queer trailblazing subject. Not to be confused with the 2021 philosophical sci-fi of the same name.

The Girl from Plainville: 23 May

A slow-burn limited series based on the true events of the unprecedented “texting suicide case” of 2014. Elle Fanning plays the infamous Michelle Carter, whose mysterious role in her boyfriend’s death precariously unravels through scrutiny of a string of text messages she sent him before he died. There’s a lot more to this entangled teenage tragedy than meets the eye. Also on Showmax is the 2019 HBO documentary about the case: I Love You, Now Die: The Commonwealth v. Michelle Carter.

The Essex Serpent: 13 May

Fresh off the set of Loki, Tom Hiddleston’s next bid for an Emmy is as a priest in a small Victorian town who agrees to work with a grieving widow (Clare Danes) to investigate the possible existence of a mythical sea serpent. The limited series period piece is based on the novel of the same name by British author Sarah Perry, and strives for the same subtlety in the development of its characters.

A multilingual (Spanish-English) thriller which appears to be a more interesting take on the plot of I Know What You Did Last Summer. Twenty years after a young man is killed in a car accident, the five other students present are forced to reunite when they start receiving blackmail demands related to the incident.

An epic docuseries by MCU and Star Wars filmmaker Jon Favreau and the makers of Planet Earth. Narrated by David Attenborough, the series explores newly discovered palaeontology learnings about Cretaceous dinosaurs and the habitats of ancient earth, all with the aid of astonishing photorealistic visual effects.

Amazon’s heavy hitter this month is a sci-fi adventure series in which JK Simmons and Sissy Spacek star as an elderly couple who secretly visit an abandoned world via a mysterious chamber buried in their backyard. After years enjoying their hidden pod of solace, they discover a young man in the chamber, and begin to understand where it is they’ve been going. DM/ML