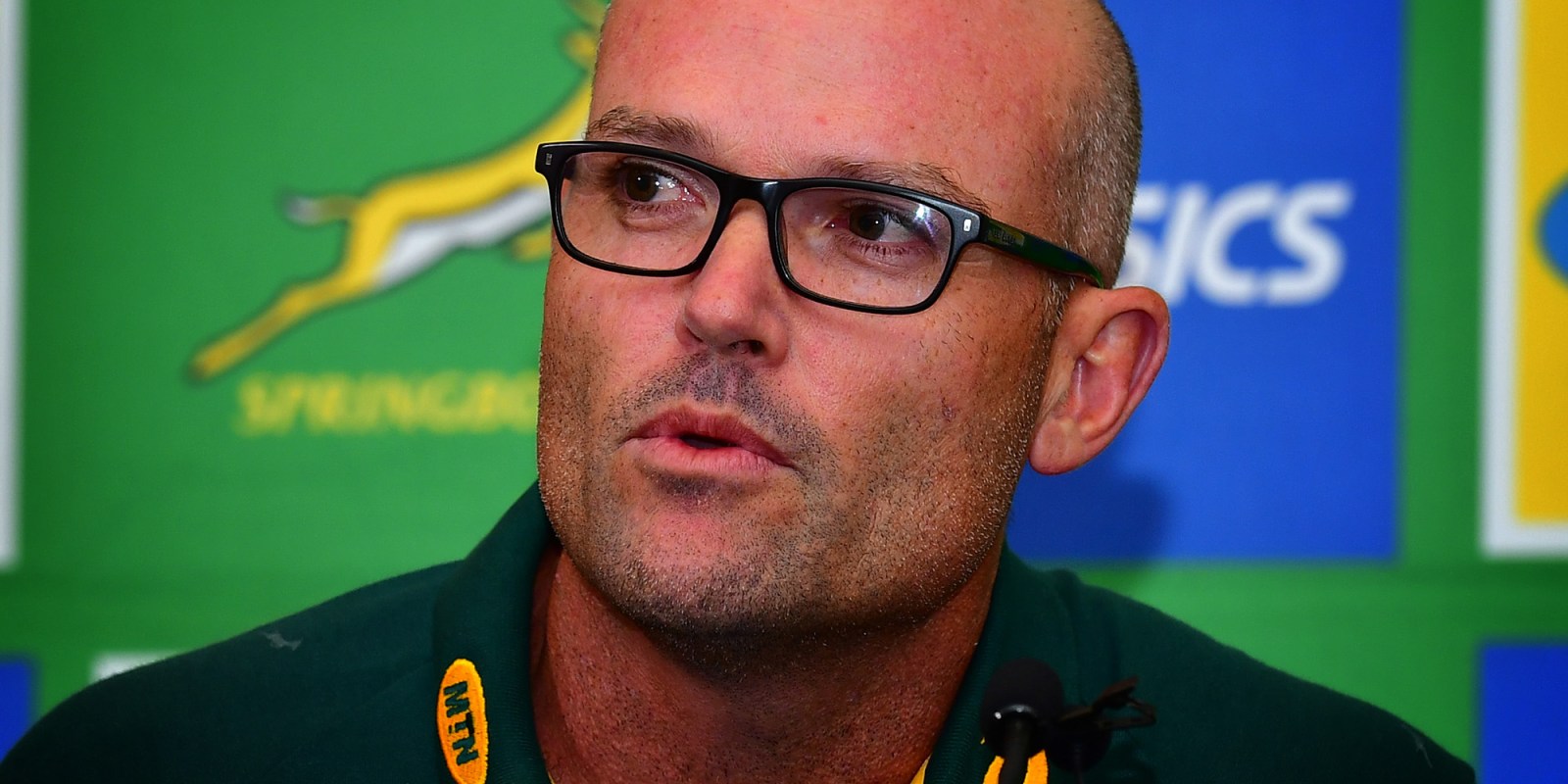 The Springbok coach is in the enviable position of having a deep core of stalwarts as well as a slew of youngsters who are all pushing for places in the national squad.

The standout performers in the inaugural United Rugby Championship (URC) have a golden opportunity to impress Springbok selectors as the tournament moves to the business stage.

The Boks’ plans for the three-Test series against Wales in July have reached an advanced stage.

After holding a national alignment camp with local players of interest in early April, coach Jacques Nienaber and his lieutenants have had digital meetings with senior Boks based in Europe and Japan.

Those who have been tapped and informed of tactical and technical details will form the core of Nienaber’s side for the 2022 season. But as the coach himself has stated, the squad is yet to be confirmed and the door to selection remains open.

The message to those who have been omitted is clear: deliver a series of influential performances in the closing stages of the URC. Become too good to be ignored.

Warrior Roos back on Bok radar

There was a public outcry after Evan Roos – one of the rising stars in South African rugby – was excluded from the initial alignment camp.

The Boks are stacked with experienced loose-forward options and used as many as four different No 8s across the 2021 season. It’s not hard to understand why the coaches might feel that there’s no room for the 22-year-old Roos, or other uncapped loose forwards, in the group at this stage.

Many in the South African rugby community, however, believe that form should count for something, and that Roos and Elrigh Louw deserve to be rewarded for their physical displays in the URC.

Roos was a monster at the collisions and breakdowns in the Stormers’ big win against the Glasgow Warriors. Just when it appeared as though the Cape side might fall short of their bonus-point ambition, Roos powered through the Glasgow defence and then stepped past the last defender to score his team’s fourth try.

The No 8’s influence on a crucial contest did not go unnoticed. South African director of rugby Rassie Erasmus took to Twitter to comment on the display, and what it might mean in a greater context.

“Well done Evan Roos, that’s how you react to disappointment and make sure you can’t be ignored,” Erasmus tweeted.

The competition for places in the national squad is fierce and – as Nienaber himself has explained – loose-forward places are limited. Only five loose forwards will travel with the squad of 32 to the 2023 World Cup.

Roos, Louw, Marcell Coetzee and DRC-born Vincent Tshituka (eligibility permitting) are just some of the loose forwards who have put their hands up in the URC this season.

But 11 doesn’t fit into five – in terms of the World Cup squad allotment. Nienaber is unlikely to select 11 loose forwards for the series against Wales either. Disappointment will be inevitable when some of these players miss out.

The upshot is that Roos and less experienced players will have to fight for their opportunities at the highest level over the next two seasons.

The upcoming URC playoffs will demand more of these players in terms of composure and intensity. It’s on this stage where they may convince Nienaber and Erasmus that they deserve to be backed sooner rather than later.

Injuries are part of rugby, and there’s a strong chance that one or more of the regular players will be unavailable for the big matches this season – and even at the 2023 World Cup.

Vermeulen missed the series against the British & Irish Lions owing to serious injury, while Du Toit was ruled out of the subsequent Rugby Championship and end-of-year tour.

As a result, other players – previously on the bench or even outside the regular squad – received the chance to stake their claim.

Wiese, for example, first caught the selectors’ eye by performing for Leicester Tigers in the English Premiership. The No 8 was eventually backed to start against the Lions after Vermeulen was ruled out and Smith struggled to fill the void.

It’s unclear how the loose-forward situation will unfold, but Nienaber has already been forced to reassess his plans for the backline.

Cobus Reinach sustained a serious shoulder injury while on duty for Montpellier recently and has been ruled out for four months. It’s a blow for the Boks, considering one of their frontline scrum halves, Herschel Jantjies, is still struggling to find form.

The Stormers have struck a great balance between running and kicking over the course of the URC and remain on course to host a playoff.

Jantjies, however, has often compromised the team’s speed between the rucks with his ponderous delivery and substandard decision-making.

The World Cup winner may have the chance to address these shortcomings over the coming weeks. If Jantjies delivers a polished showing for the Stormers in the URC playoffs, he may convince the national selectors that he deserves further investment as one of the Boks’ regular scrum halves – along with Faf de Klerk, who has looked sharp for Sale Sharks in the English Premiership and Champions Cup.

If Jantjies does not improve, Nienaber may have to consider revising the pecking order.

When De Klerk broke down with injuries in 2021, Reinach leapfrogged the misfiring Jantjies to start the big matches against the Lions and England.

Given Reinach’s recent injury and Jantjies’ ongoing battle for form, it may not be long before youngsters such as Grant Williams and Jaden Hendrikse (both of the Sharks) are asked to make the step up. Like Jantjies, these players will have the chance to prove themselves in a more demanding environment if the Sharks progress to the URC playoffs.

There are a couple of other URC players who occupy the “impossible to ignore” category.

Warrick Gelant has enjoyed few opportunities with the Boks over the past four years, primarily as a result of injuries.

Since returning from his latest setback, Gelant has proved a revelation for the Stormers – as a ball-carrier, tactical kicker and distributor.

The quality of his passing in the match against Glasgow would have been noted by the national selectors. It’s no secret that the Boks are looking to enhance their attack after an underwhelming performance in this department in 2021.

How Gelant fits into a back three that boasts options such as Willie le Roux, Cheslin Kolbe (who is on the road to recovery after breaking his thumb while playing for Toulon), Makazole Mapimpi and Aphelele Fassi is interesting.

It was recently confirmed that S’bu Nkosi will play no part in the series against Wales owing to a broken ankle.

And yet, the Stormers have managed to succeed with Gelant and Damian Willemse – the official understudy to Bok fullback Le Roux – operating in the same backline. Willemse’s talent has been maximised this season, and he will be looking to make a further statement when the Stormers progress to the URC playoffs.

As is the case with the loose-forward contingent, Nienaber is spoiled for back-three options.

While the Bok coaches have already implemented many of their plans for the coming matches against Wales, there may be a few late changes if the aforementioned players continue to light up the URC. DM168