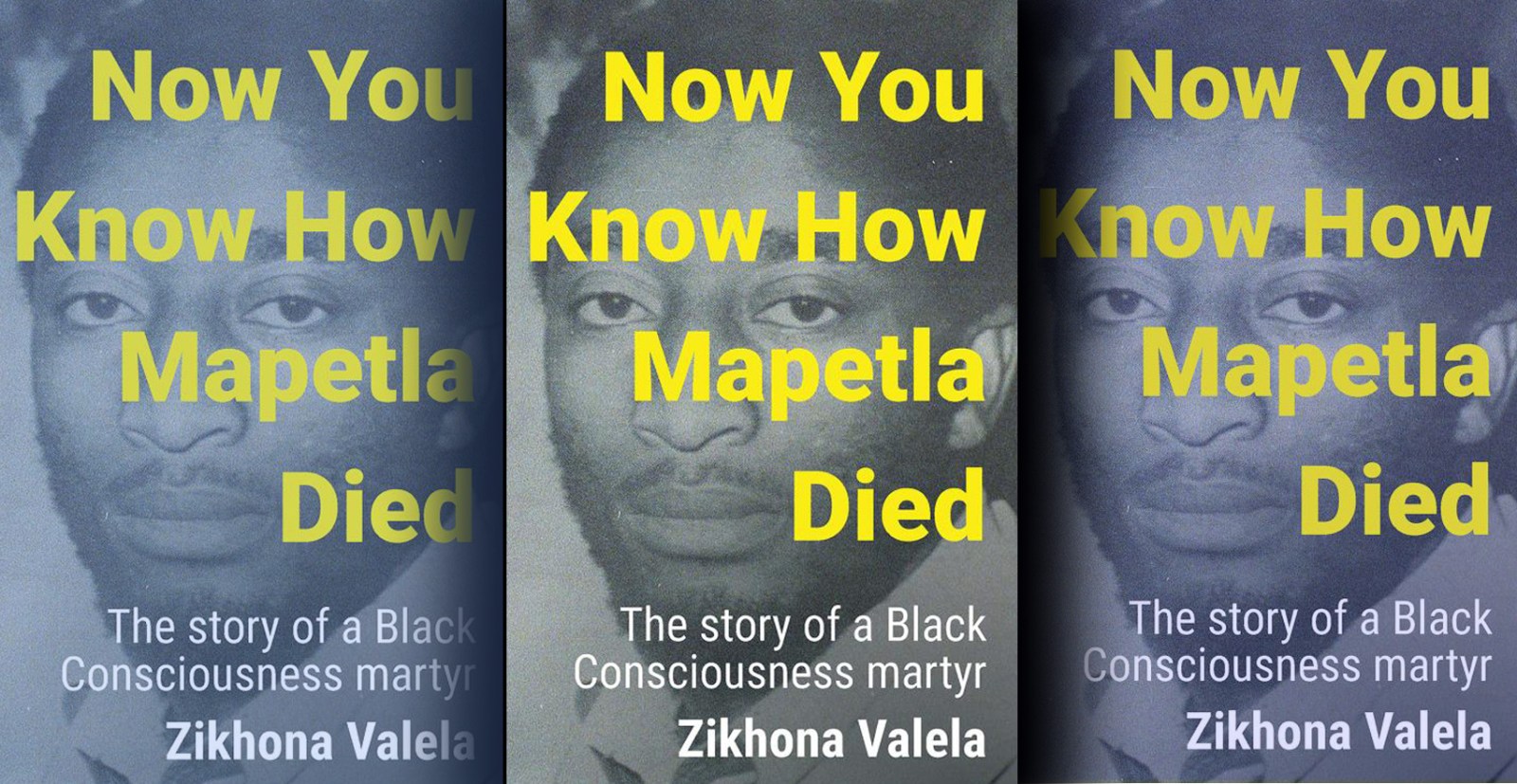 Zikhona Valela’s convergence of biographies not only focuses on the life and tragic death of Mapetla Mohapi and his wife's fight for justice but also highlights the pain and torment suffered by the families of murdered Struggle activists during the apartheid regime, who continue to live without closure.

This year marks 46 years since Mapetla Mohapi died. In 2004 he was given the Order of Luthuli in Silver for “dedicating his life to the struggle for a democratic, free and non-racial South Africa”. But who is Mapetla Mohapi and how did he die? In Now You Know How Mapetla Died: The story of a Black Consciousness martyr, historian Zikhona Valela traces Mohapi’s life history and his wife’s journey for closure and justice.

Mohapi isn’t a popular name in the South African liberation discourse but is among the many people who sacrificed their lives for the freedom that many black South Africans enjoy today.

Those lives include people whose activism didn’t take place in the big cities like Johannesburg but in other places, like Qonce (King Williams Town) in the Eastern Cape.

“One of my frustrations growing up was that there was little said about activists who worked outside of Soweto and the big cities”, said Valela, who is also from Qonce. With this book, Valela is able to illustrate how people like Mohapi worked for a better South Africa.

Mohapi was born in 1947 in a rural village called Jozanashoek in the Eastern Cape. He studied social work at Turfloop, where he joined the South African Student Organisation (Saso), which was governed by the philosophy of the black consciousness movement. When he was done with his studies, he recruited students to Saso in Qonce. He was also the Eastern Cape organiser.

In 1976, Mohapi’s life was cut short when he died in detention, at the age of 28. This made him the first black consciousness movement leader to die in detention.

When you search Mohapi’s name online, the results mention that there was a suicide note, allegedly written by Mohapi, that was produced by the police. When Valela started doing research for the book, she uncovered Mohapi’s pathology report at the Wits Historical Archives which paints a different story from what the police had told. Prior to Valela finding the pathology report, the family had never seen it. That moment, of looking back into history, enabled Valela to give the Mohapi family some insight into what happened to Mohapi.

“It was an important breakthrough for me. Until the publication of the book, I didn’t imagine that the work that I do would make a huge difference in people’s lives. It made me realise that it’s a step closer to some kind of closure for the family. It also felt good to contribute to a piece of history,” said Valela.

This pathology report formed part of the puzzle of piecing together what happened in Mohapi’s last moments alive. Because the subject of the book isn’t alive to tell his story, Valela said her biggest challenge was trying to string together the early stages of Mohapi’s life; his parents and many of his friends, the people he worked with, including Steve Biko, weren’t alive.

“For instance, when you read the book, what’s missing is Thenjiwe Mtintso’s voice because when I contacted her for the book, she said she won’t be of use which I would disagree with. But I also can’t be pushy about people’s trauma,” said Valela. Instead, the book quotes Mtintso’s testimony during the inquest into Mapetla’s death.

But what Valela could gather from people that Mohapi worked with such as Bishop Malusi Mpumlwana was that he was devoted to bettering black people’s lives, that he was an incisive thinker and he loved his family.

The book is divided into two parts. The first part is about Mohapi’s life, which abruptly ended at the age of 28. The second part is about his wife, Nohle Mohapi-Mbetshu who was relentless in her pursuit of answers about her husband’s death.

When Valela writes about Nohle’s efforts for justice, she does so to highlight that Mohapi’s story didn’t just end on 5 August 1976 when he took his last breath. It continued, as his wife got an inquest into her husband’s death. It continued when she spoke at the Truth and Reconciliation Commission (TRC) in April 1996. By then, it had been 20 years since Nohle and her children lost a father and a husband. “And that was the most heartbreaking part knowing that there were two small children who had their father taken away from them and knowing that the people who took his life probably went on to live long fruitful lives,” said Valela. Mohapi’s daughters Mothebe and Konehali were two years and seven months old when he died.

Mohapi’s story is heartbreaking and reminds us that there are “lives still stuck on 5 August 1976, lives that were altered on that day,” said Valela.

Although nobody has come forward as to what happened on that day, Valela said “we need to think about what closure means for families when none of the perpetrators come forward”.

Years later, families who didn’t believe the apartheid regime’s narratives that their loved ones killed themselves are still looking for answers. From Ahmed Timol to Neil Aggett, the lack of accountability from the police then and the lack of political will from the post-apartheid government means that many family members die without receiving answers. “Reviewing these cases is important. Knowing what we know about the [apartheid] system, we can’t be saying [Mohapi] took his life,” said Valela.

Although, Now You Know How Mapetla Died is about the untold history of a lesser-known activist it is also about the important work that women do to ensure that people’s contribution to our history isn’t forgotten. “I hope that readers will be able to appreciate the work that women do. You can’t tell this story without Nohle. Her resilience and her love for her children and husband are why we know about Mapetla,” said Valela.

As for what Valela hopes readers will take away from the book, she said she hoped it would encourage a broader reflection on what Mohapi’s life and death mean.

“I’m also hoping that it will leave readers with a deeper sense of empathy for families and the people who survived apartheid,” said Valela. DM168