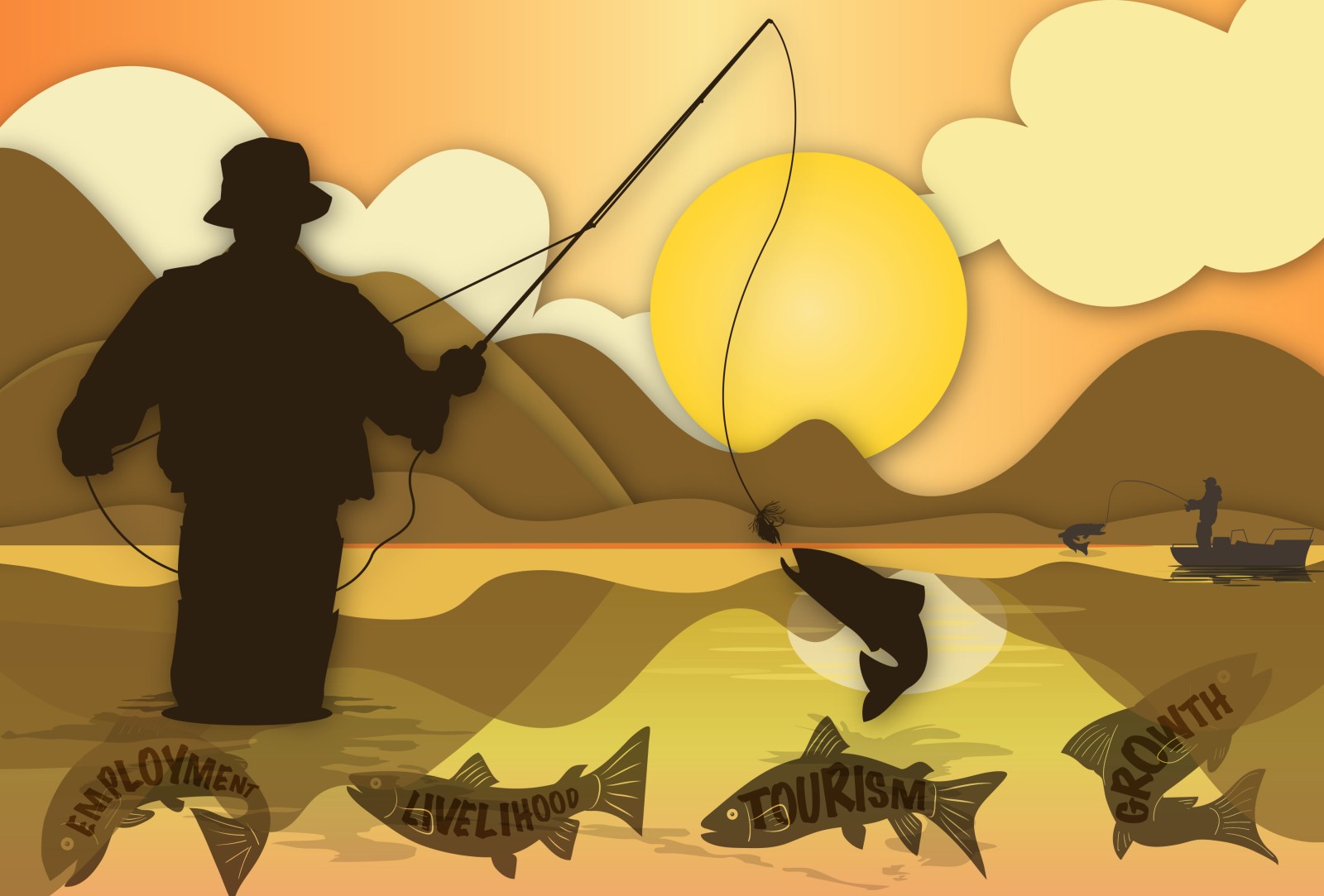 The additional red tape that has been created by the switch from an annual permit system to a monthly one has left the trout sector reeling, with jobs and businesses on the line.

The trout industry in Mpumalanga is seething after the provincial Tourism and Parks Agency (MTPA) abruptly changed the annual permit system to a monthly regime in March for producers and venues where the fish are stocked. The stakes are high, as the multibillion-rand sector accounts for many jobs and underpins the economy of prosperous Mpumalanga towns such as Dullstroom. The wider SA economy, which almost sank under the weight of Covid lockdown restrictions and must swim against many currents, hardly needs more red tape to obstruct its flow.

But that is what the MTPA, which did not respond to emailed questions from DM168, is doing – introducing a new layer of red tape for no apparent reason and without consulting the industry.

“The department has not consulted with industry. Now suddenly it has been changed without notice or consultation about the effect. And the effect is simple; it is not practical or viable to do this,” Stephan van der Merwe, whose family runs Lunsklip Fisheries in Mpumalanga, told DM168 in an interview.

Van der Merwe’s operation, which produces 150 tonnes of trout a year, is one of a number of hatcheries that provide processed trout to retail outlets, restaurants, caterers and the like. Another key market is live fish to stock dams and rivers on guest farms and other tourist venues catering to fly-fishing anglers.

Both the producer/transporters and the recipients of live trout require permits, which up until March this year were annual affairs. Even that regime, according to industry players, produced application backlogs in a country where government departments are infamous for log jams.

So the sudden switch to a monthly system – with no consultation – has sparked jitters that the MTPA will be unable to cope. Van der Merwe is lucky: he got his annual permit before the switch. But in his capacity as the chairman of the Northern Trout Association, he estimates that about 50% of the industry in Mpumalanga has been left high and dry.

“We cannot release fish into water where the customer doesn’t have the permit. It doesn’t help me having the permit but they don’t have it,” he said.

“You might get some bookings up front but then a lot of people at short notice ask for accommodation. Then suddenly you sit with a full lodge but you don’t have fish. So it’s very bad for the industry,” said Van der Merwe, a strapping and affable chap whose hatchery with its circular cement ponds full of fish is set against a stunning scenic backdrop with a waterfall cascading down steep green hills.

It is down a dirt road off the R36 that connects Lydenburg with Machadodorp – a hellish, pot-holed affair that is withering testimony to state dysfunction. Trucking trout out of there is tough enough without the entanglement of additional bureaucracy.

“The policy change [defies] any form of logic because it’s so impractical. They could not even cope with annual permits. There was always a huge backlog and uncertainty as to when the permits would be issued. It’s even worse now. This is the feedback I’m getting from members of the Northern Trout Association,” Ilan Lax, chairperson of the Federation of Southern African Flyfishers (Fosaf), told DM168.

Lunsklip Fisheries in the matter. In a letter to Mduduzi Vilakazi, the acting CEO of the MTPA, dated 7 April, Spoor noted that: “This decision has had, and will continue to have, a very negative impact on the business of our clients, being the owners of trout fishing destinations and trout producers.

“…the owners of trout fishing destinations may not apply for permits more than one month in advance and may not apply for multiple monthly permits to cover their needs in advance. This means that the trout producer is often not able to deliver the trout within the period covered by the permit. The new permit requirements make it very difficult for trout producers and the owners of trout fishing destinations to plan their business.”

The letter went on to note how the lack of clear policy guidelines further muddied the waters.

“The discretionary nature of the permitting system also creates uncertainty as to our clients’ ability to continue in business, as their survival depends on the discretion of the MTPA officials charged with responsibility to consider and to issue permits. The fact that there appear to be no policy guidelines that guide the officials’ discretion compounds the uncertainty.”

It also noted the lack of consultation and asked for the reasons behind the change of policy. The MTPA’s response – if there is one – will dictate the next legal moves.

“It’s irrational and arbitrary and not in line with national policy,” Spoor told DM168.

National policy itself is not exactly as clear as a high mountain stream.

Under the Alien and Invasive Species Lists, which came into effect on 1 March 2021, rainbow trout and brown trout were granted an exemption pending further consultation between the Department of Forestry, Fisheries and the Environment and the organised fly-fishing sector represented by Fosaf.

There is now an uncertain status quo in which trout – which were first introduced to South Africa more than a century ago – are allowed to remain in waters where they currently reside. An “alien” species, trout are unlikely “invaders” for most South African river systems because they require pristine and cold waters. Trout are hardly going to conquer the Vaal, for example.

But the species is still perplexingly regarded as a damaging, invasive species in some government quarters, it seems, though its minimal impact on the environment must surely be weighed up against its economic contribution. This is hardly on the scale of, say, the damage that invasive rabbits have inflicted on the Australian economy by way of the species’ (ironic) impact on alien crops.

Lunsklip Fisheries, for example, employs 48 people, almost all of whom have dependants. It is part of a multibillion-rand industry with a value chain that includes fishing resorts with accommodation, fly-fishing shops, professional guides, manufacturing and processed fish products. In short, its net covers several sectors of the economy, providing jobs and opportunities for growth.

The MTPA is supposed to promote tourism in Mpumalanga – that’s what the T stands for – not divert tourists to other waters. But that will probably be what happens and it will stand as another example of a government policy spawned for opaque reasons that will likely deter investment and job creation. Does the MTPA really want the likes of Dullstroom to follow other Mpumalanga towns down the road to economic ruin? This surely cannot be a political winner for the local ANC.

The fuss over trout falls into the category of #Firstworldproblems, but South Africa can’t afford to wade into such waters with an unemployment rate of more than 35%. DM168