PREVENTING THE NEXT OUTBREAK 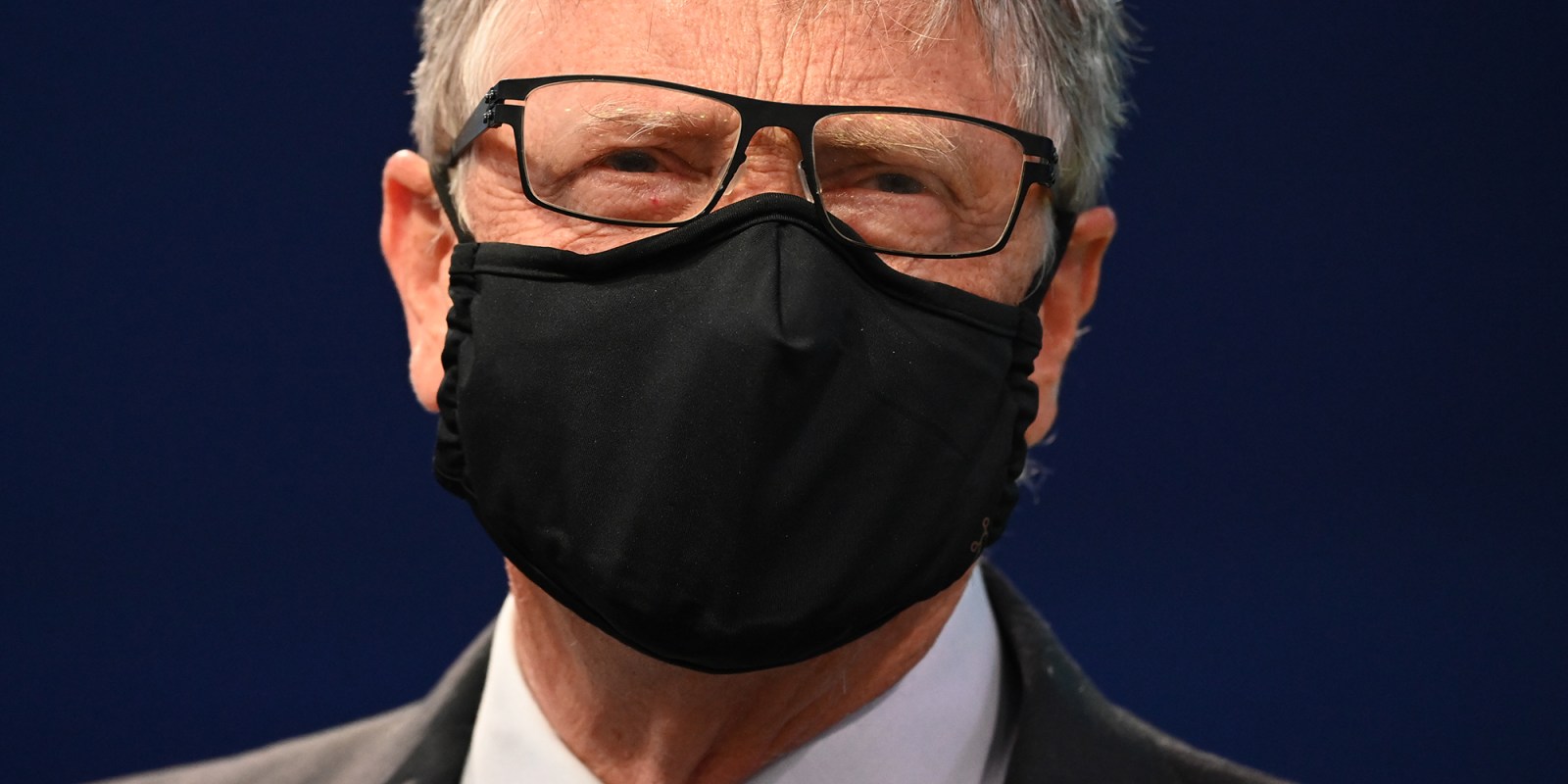 Bill Gates proposes the creation of a global pandemic response team, managed by the World Health Organisation and using real-time data and models — so humankind can be better prepared ‘next time’.

Microsoft founder and philanthropist Bill Gates, wants the world to have in place a team called GERM for when the next pandemic strikes. Gates’s new book How to Prevent the Next Pandemic was launched on 1 May.

The next pandemic outbreak, Gates said last week, might be much worse.

“We got lucky that SARS-COV2 was so similar to SARS-COV1,” he said.

The book launch comes as South Africa faces a significant spike in infections, likely driven by two sub-variants in the Omicron family of coronaviruses, BA.4 and BA.5. While numbers of new cases were down between Saturday and Sunday, at 3,838 the positivity rate in the country (the percentage of positive tests) breached 20% and stood at 22%, according to the latest update from the National Institute for Communicable Diseases.

“The Covid-19 pandemic has been an incredible tragedy, with the costs and economic damage,” says Gates.

“You have tens of millions of deaths. You have education opportunities lost. It’s been a very tough two years. For many countries, they’ve had more deaths than they had for anything since World War II. And so you’d hope that the world would pull together and think … how do we prevent this from happening again?

“If you look across different countries, some did better than others. Australia, for example, has less than 10% of the deaths of most of the upper income countries because they acted very quickly. Japan has a lot less deaths because they are one of the best countries at wearing masks in the world. And so we should step back from this incredible tragedy, look at what went well and think through how we respond quicker?”

In 2015, after an Ebola outbreak in West Africa killed more than 10,000 people, Gates gave a TED Talk called “The next outbreak? We’re not ready”, in which he called on the world to create a system for detecting and preventing epidemics and pandemics. This talk has been seen more than 40 million times.

Now he has a plan and has set it out in his new book.

“That’s where the idea of a global team, which I call GERM (Global Epidemic Response and Mobilisation) comes in. What tools should we have had? Hopefully people don’t forget that, even before the pandemic came — although there’s been incredible progress in reducing health inequity, year after year — the inequities in access to health treatment are pretty stark between developing countries and upper-income countries.”

In a new TED talk, Gates presents his thoughts on GERM, saying its members would be the “infectious disease equivalent of firefighters”.

In his book, Gates explains that this team, numbering about 3,000 people, would be similar to first responders, playing a key role in detecting and responding to outbreaks, advising countries on their pandemic defence plans, and coordinating global readiness exercises. He argues that this team should be managed by the World Health Organisation.

“Because the world doesn’t have a global government, we work through these United Nations organisations, including the World Health Organisation, and the process of adding a new capacity at that level and making sure that it’s well funded and well run takes time, he explains in the talk.

“I think it’s important for both the research agenda … and for highlighting inequity, I think while this is still in our mind, that’s when we really ought to have the debate. And so I thought having the book come out with a proposal, some thoughts about what GERM should look like, what the research and development agenda should look like, and a reminder about the central role of health systems – you know, I thought it was very timely. It’s absolutely true. This pandemic is not over. New variants will come along. How severe they will be is hard to predict.”

Gates says he believes, globally, between 60% and 80% of people have been infected with the SARS-COV2 virus, “which is mind blowing”.

“And hopefully as variants come along, that means the likelihood of severe sickness and death, that it’s not going to be as acute as it was in these big waves. We’re still learning about variants and many of these things I talk about, like getting diagnostic machines up broadly, getting therapeutics out broadly, those things apply to this pandemic, and we should design a system that’ll work, not just for this one, but for the future threats as well.

“Eventually, most humans will have broad enough protection from the various forms of Covid that there shouldn’t be a greater burden than we have typically with the flu, which, of course, the flu comes and goes seasonally and some years actually has a pretty big health burden, even when it doesn’t kill people.

“You know, like when pregnant women get the flu, that’s not a good thing. It’ll be endemic at some level. Therapeutics can help a lot. It may be that the world will have to take a yearly respiratory vaccine that would include both flu and the latest for the coronavirus,” Gates says.

He adds that the next pandemic, when it comes, could be a lot worse. The death rate of Covid-19 was 0.3% across all age groups with 95% of that focused on people over 50.

Among other interventions, Gates calls for national reporting systems with real-time data, and computer modeling to better understand the spread of disease. He analyses what the current pandemic has taught scientists on the efficacy of wearing masks, social distancing and other non-pharmaceutical interventions.

He analyses the history of pandemic simulations in the US, like Dark Winter and Crimson Contagion, and makes the case that the world should be running far more of them to test its ability to detect an outbreak and contain it before it goes global.

Gates further argues in his book that definitive steps must be taken to close the health gap between rich and poor countries, pointing out that Covid-19 is neither the only nor the worst inequity in global health.

Investing in a pandemic-prevention system is “a bargain” because, in addition to hopefully ensuring there’s never another pandemic as damaging, it will help to close the health gap, writes Gates. DM/MC