Another season for the Premier Soccer League, another legal soap opera 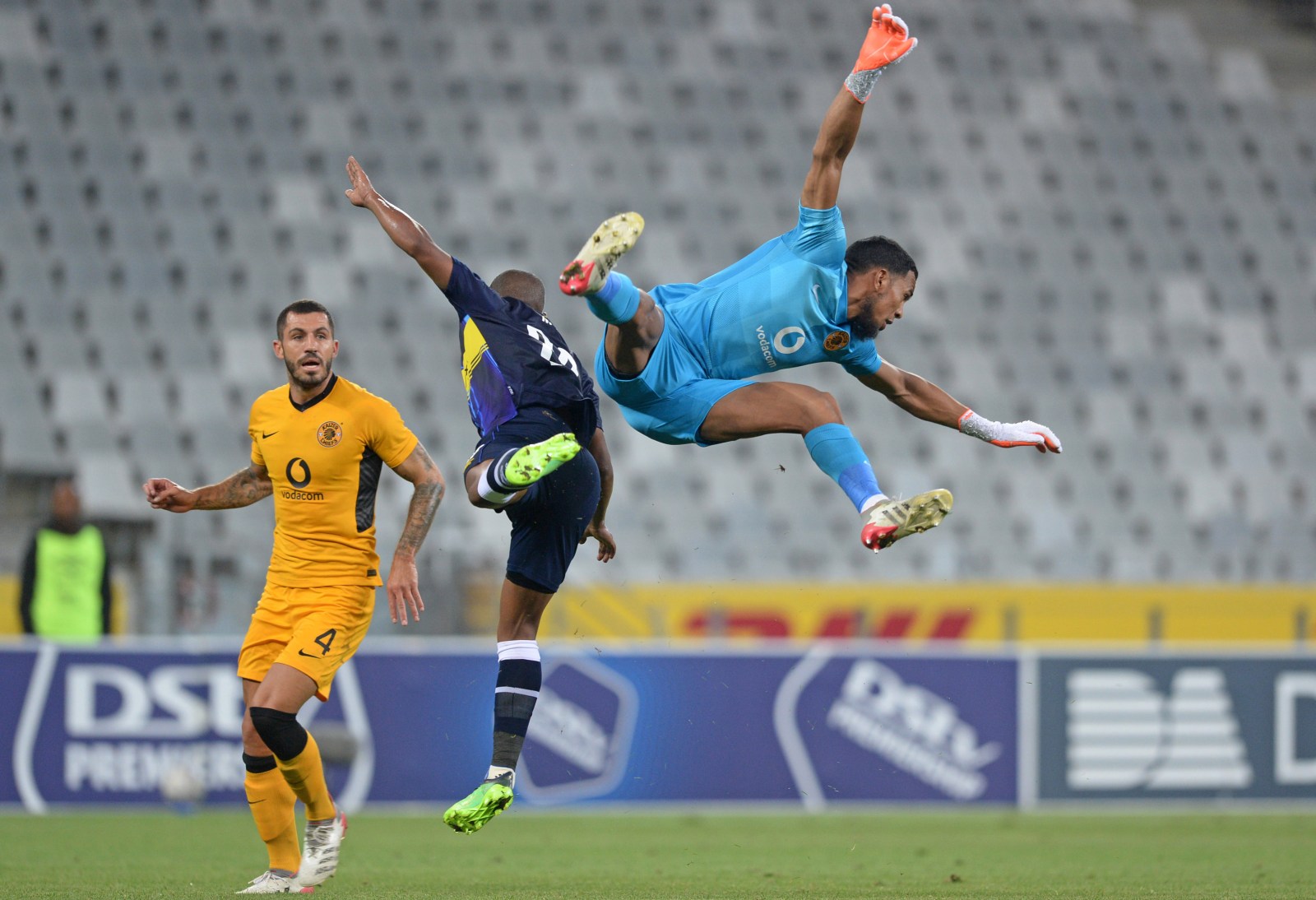 The Premier Soccer League once again finds itself in court. This seasonal trend is doing more harm than good for the organisation.

The culmination of the 2021/2022 Premier Soccer League (PSL) is yet again tainted by court appearances and finger-pointing. This time it is the PSL versus Kaizer Chiefs, with their matter set to be heard in the Johannesburg High Court on 10 May.

The PSL is not doing itself any favours with all the seasonal squabbles, which usually end up in court.

Spectators want to see football matters settled on the field of play. However, it seems that every season similar scenarios play out – to the detriment of the league.

The Chiefs saga started in December 2021, when Amakhosi flagged the PSL to alert them of a Covid-19 outbreak at their Naturena headquarters. The Amakhosi asked the league to call off their games in December after announcing that 36 staff members had been affected by the outbreak. The number would later rise above 50. The league declined the request.

The Soweto giants, with their players and technical staff hampered by the outbreak, opted against honouring two of the fixtures they had asked to be postponed – against Golden Arrows and Cape Town City, respectively. As a direct result of them forgoing those matches, the PSL charged Chiefs with misconduct.

The basis of the PSL’s refusal to call off the games and instead charge Chiefs emanated from an emergency ruling taken in August 2020, after a delay to the start of the 2020/2021 season, brought on by the onset of Covid-19 in March of the same year.

Then, the PSL’s board of governors resolved that Covid-19-related cases would not be considered as one of the “extraordinary circumstances” that are requisites for the league to call off a particular team’s match or matches.

Amakhosi, feeling justified in their actions considering the prevailing circumstances at the time, asked for the matter to be heard by an independent arbitrator before going before the PSL’s disciplinary committee.

Nazeer Cassim SC was appointed by the South African Football Association to oversee the arbitration and, after hearing both sides of the story, ruled in favour of Amakhosi.

In his judgment, cognisant of the fact that the Chiefs’ outbreak coincided with the arrival of Covid-19’s Omicron variant, he said: “In my view Kaizer Chiefs were justified in not fielding teams for the fixtures… These two games must be replayed. There is much to be said that where possible games must be replayed … to enable soccer to triumph and the best team on the day be rewarded … I am averse to the litigation process deciding the winner. It is better that the results of the match be determined on the soccer field.”

The PSL was not pleased with that outcome and are currently seeking to have Cassim’s ruling overturned in the Gauteng High Court. In the interim, they instructed Arrows and City to play the matches against Chiefs.

On 27 April, Amakhosi played against Arrows, losing 2-1. At the time of writing, they were to play City on 30 April.

However, City were more vocal after Cassim’s ruling – insinuating that Chiefs might have been treated with kid gloves because of their reputation as one of the country’s biggest clubs.

In addition, after the league officially rescheduled their match against Amakhosi, City released a statement scoffing at the instruction that they play against Amakhosi, pending the outcome of the PSL’s review of Cassim’s arbitration ruling.

“The insinuations that we are party to or part of this decision is untrue. We categorically do not agree to this process and have responded in writing to the league and the parties [involved] on two occasions now, reserving our rights as a club to defend our position in this matter.”

As a result, Comitis is now facing charges of bringing the PSL into disrepute, as was confirmed by the league’s prosecutor, Zola Majavu, earlier in the week.

“John Comitis will appear before the disciplinary committee … to answer charges of bringing the league into disrepute based on some media utterances attributable to him – which he has subsequently confirmed as being true and accurate,” said Majavu.

Why have City been so vocal on the matter, though? Well, the most important point is that in December they spent money travelling to Johannesburg from Cape Town – only to arrive at the locked gates of the FNB Stadium.

Then, of course, there is the matter of the mutual decision taken in August 2020 that Covid-19 would not be reason enough for matches to be called off.

In his judgment, though still maintaining that Chiefs ultimately acted responsibly by not honouring the fixtures, Cassim was critical of Amakhosi.

“Kaizer Chiefs should have fully and in detail provided all the necessary supporting documentation to motivate a change of fixture. They failed to do so,” said Cassim.

Moreover, in the previous season, a precedent was set when then second-tier side Cape Umoya United were refused a postponement of a game after some of their players tested positive for Covid-19.

They pleaded with the league’s hierarchy for a postponement of their match against Cape Town Spurs. Their pleas were shot down. They failed to honour the fixture and were retrospectively punished by the disciplinary committee, and Spurs were handed all three points.

The same principle was applied when Polokwane City couldn’t field the requisite number of players under the age of 23 for their clash with Sekhukhune because of Covid-19. The latter earned the league winning points as a result.

These are some of the reasons Comitis and his club have so vehemently opposed the sequence of events. Of course, there is also the matter of City and Chiefs being in direct competition for the coveted second spot in the DStv Premiership (which is the final spot for next season’s CAF Champions League) after Sundowns sealed the league title earlier this week. As such, both are desperate for the three points – any way they can get them.

Regardless of who is wrong or right, the latest event does little to enhance the league’s reputation as one of the best on the continent.

In fact, it has likely opened a can of worms that the league will struggle to contain in future, and that will further damage its public image and trust in the organisation.

Current sponsors are unlikely to be pleased by this series of events. Potential investors will be looking on from the outside and pondering whether they wish to be associated with all the off-field drama that has become synonymous with the PSL.

During the 2020/2021 season, it was Royal AM boxing in the courts of SA with the PSL after marginally losing out on being crowned GladAfrica Championship winners by virtue of eventual champions Sekhukhune United earning maximum points from their clash against Polokwane City. The latter, during their 1-0 win over Sekhukhune, had failed to list the required number (five) of U-23 players on their match day team sheet.

Polokwane were retrospectively punished and stripped of the three points they had won, which were given to Sekhukhune and saw them pip Royal to the league crown by two points, the difference between direct promotion and having to participate in the promotion/relegation playoffs.

The whole scenario all but ended when the league’s hierarchy vetoed Royal purchasing the Premiership status of the financially strapped Bloemfontein Celtic. Royal did apply to the Court of Arbitration for Sport to have the decision overturned. Their endeavour was ultimately unsuccessful.

However, the whole fracas was another reputational hit for the league, following in the footsteps of the much-publicised Ndorogate, which featured Ajax Cape Town (now Cape Town Spurs) and what the league deemed to be the club’s illegal signing of Zimbabwean forward Tendai Ndoro. That saga dragged on for months, and threatened to derail the start of the 2018/2019 season. DM168