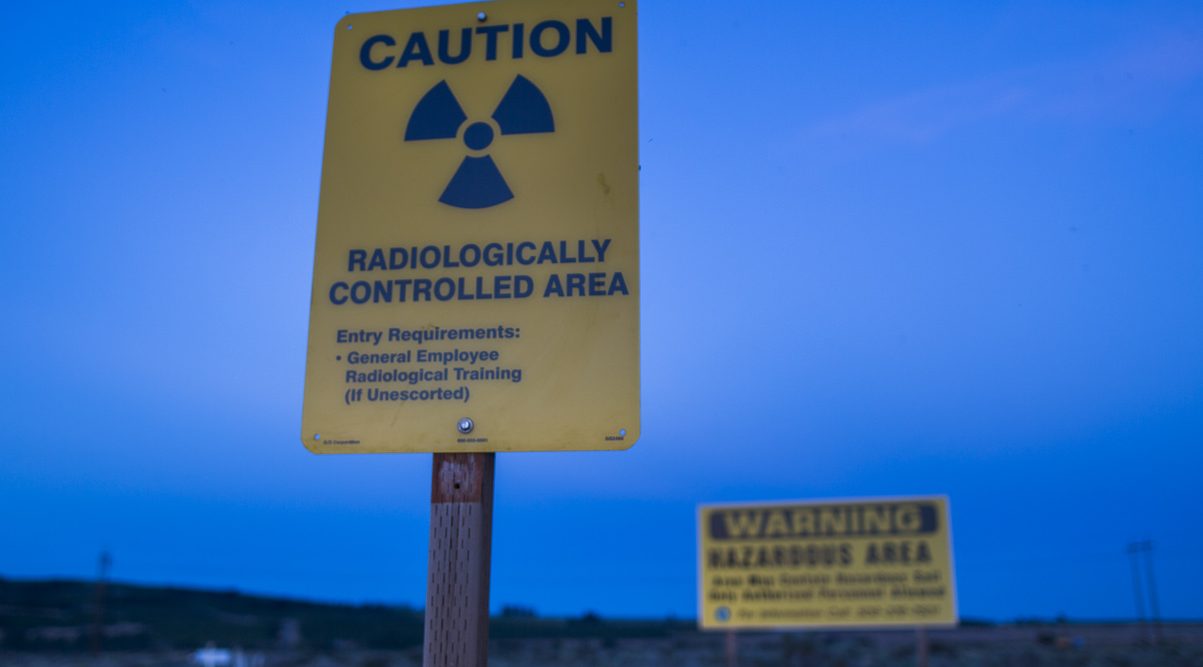 The authors argue that many African countries do not have the technical means to recycle toxic waste imported from other countries, resulting in environmental harm and serious health problems for citizens. (Photo: Supplied)

Toxic waste is a billion-dollar industry for criminal networks and a life-threatening hazard for Africa’s inhabitants. Legitimate-looking waste-disposal deals are masking illegal activities allowing masses of dangerous waste to be dumped in North African countries.

North Africa is a common destination for Europe’s rubbish. Waste is shipped from Europe to legitimate pollution-control countries in North Africa for recycling. But these countries don’t always have the technical means to recycle the waste, resulting in environmental harm and serious health problems for citizens.

Between May and July 2020, several cargo ships from Italy docked at the port of Sousse in Tunisia and offloaded nearly 7,900 tonnes of dangerous waste. This is not a new challenge for authorities. In 2013, three containers of radioactive waste coming from China were intercepted in Algeria. Then in 2016, it was reported that the United Arab Emirates exported expired food commodities and medicines to Libya.

In theory, this isn’t illegal. Countries often subcontract their waste management to other nations because recycling or incinerating the waste there is cheaper. But organised criminal groups have turned this into a billion-dollar illicit industry.

Italian mafia groups known as ‘eco-mafia’ are at the centre of this illegal global waste disposal business and have been increasingly involved in waste management since the 1990s. In 2018, Italian authorities seized 4.4 million tonnes of toxic waste from these groups. Counterfeit documents and fraudulent waste registrations are often used in these transactions. The mafia are far cheaper than legal entities.

Organised criminals often mask the illegality of their business with legitimate operations. This practice is just beginning in many countries, Interpol says. It believes the illegal disposal of solar panel waste will grow in the coming years. It cites the 2019 case of a transnational organised criminal group found trafficking large quantities of expired photovoltaic panels from Europe to Africa.

In the Italy-Tunisia scandal, a contract worth €5.7-million was signed between Italian company Sviluppo Risorse Ambientali Srl (SRA) and its Tunisian partner Soreplast. According to the contract, SRA would collect ‘plastic’ waste from the Naples region and send it to Soreplast for sorting and recycling. Soreplast would then return the recycled goods to Italy.

But Soreplast is not equipped with an incinerator for recycling, so Tunisia would have been the final destination for this waste — which in fact was not plastic, but potentially harmful urban household trash.

The Tunisian Parliamentary Commission for Administrative Reform, Good Governance and the Fight against Corruption confirms that Soreplast “has neither the material and human resources, nor the technology necessary to sort imported waste.” Tunisian activist Hamdi Chebâane from the association Tunisie Verte says the trash was intended to be either burnt or disposed of in a rubbish dump in Tunisia. After a serious pushback from Tunisia, it was eventually sent back to Italy.

Government officials, politicians and staff at the Tunisian consulate in Naples were reportedly involved in the scandal. The Agence Nationale de Gestion des Déchets (Anged), which falls under the Ministry of the Environment, is believed to have authorised the entry of the first 70 containers of waste. Anged provided customs authorities with documentation falsely declaring that the containers held plastic for recycling.

This incident illustrates the links between corruption and business. Tunisia’s environment ministry has faced pressure for many years from business people lobbying for the importation of toxic waste.

Tunisia’s legislation on toxic waste includes a law that governs the management, control and disposal of industrial waste and a decree that establishes a list of hazardous waste. These must be applied, and Tunisia’s judicial authorities should treat toxic waste dumping within its borders as a crime and a threat to Tunisia’s national environmental interests and its population.

More generally, greater awareness of the risks is needed, along with pressure on African governments to take the issue of toxic waste disposal seriously. A crucial first step is for countries to develop the appropriate legislation and capacity to investigate and prosecute these crimes.

A useful example from West Africa shows that in 2021 Senegalese authorities fined a German cargo ship €3-million for offloading toxic waste at the Port of Dakar. Such heavy financial penalties may deter operators from dumping toxic waste in North Africa.

Additionally, regional and international legal instruments related to toxic waste exist and should be applied to fight this crime.

The Bamako Convention, which has been signed and ratified by Tunisia, is a treaty of African countries that came into force in 1998. It prohibits the import of all hazardous and radioactive waste into Africa for any reason, and minimises and controls the transboundary movements of hazardous waste on the continent.

Reviewing the monitoring and controlling mechanism of the Bamako Convention is required to ensure better enforcement. Here the African Union has a critical role in protecting people and the environment and taking appropriate action against member states who contravene the convention.

African countries that haven’t yet done so should be urged to ratify the Basel Convention, an international treaty designed to reduce the movement of hazardous waste between nations. This convention stipulates that both exporting and importing states are “to manage the transboundary movement of waste in an environmentally sound manner.” It also specifies that state parties can only export waste if the importing country has the capacity and equipment to recycle it.

This is a growing threat, and if African citizens and governments are to take a stance against being the dumping ground of other industrialised countries, it will take a wide range of initiatives at local, regional and international levels. DM

Enact is funded by the European Union (EU). The contents of this article are the sole responsibility of the author and can under no circumstances be regarded as reflecting the position of the EU.