Your Shopping Bill Is About to Get Even Higher. Blame I...

Your Shopping Bill Is About to Get Even Higher. Blame Indonesia. 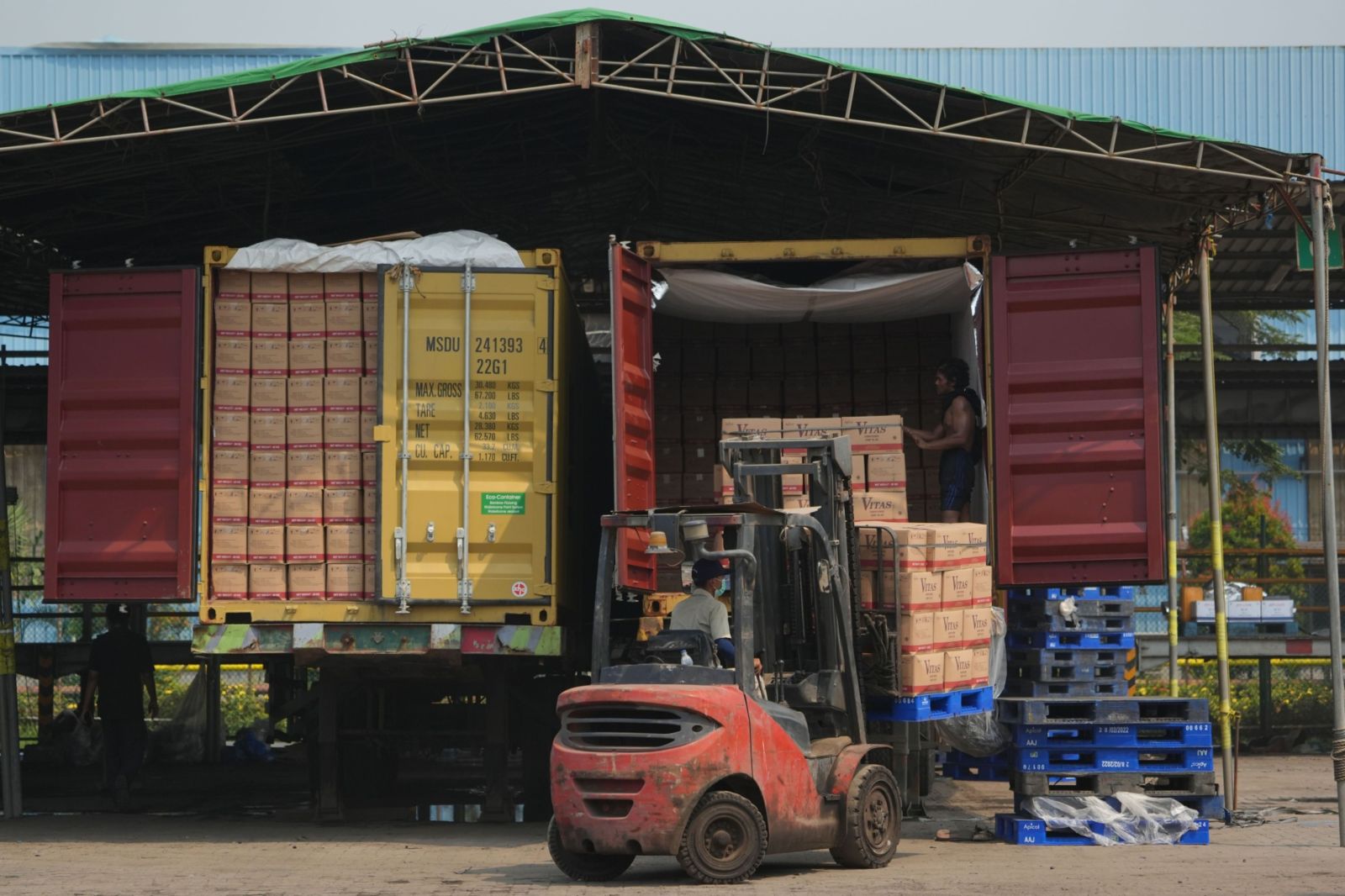 Workers load palm oil products onto a truck at an Apical Group Ltd. factory at Marunda in Jakarta, Indonesia, on Monday, April. 25, 2022. Palm oil slumped on prospects that top producer Indonesias surprise ban of cooking oil exports will not be strict as feared.

Indonesia’s palm oil export ban kicked off on Thursday in one of the most drastic cases of food protectionism since the war erupted in Ukraine.

The top shipper imposed a sweeping ban on cooking oil exports, covering palm oil products across the value chain. It’s hard to overstate the importance of the tropical oil as it’s found everywhere today – in food, soap, lipstick and even printing ink – which makes Indonesia’s move important for the world.

It adds to the impact of Russia’s invasion of Ukraine, which has already plunged the global edible oil market into disarray.

With world food costs surging to all-time highs, governments are taking steps to secure their own supplies. The United Nations has urged leaders to keep trade open, warning that protectionism will drive up prices and lead to empty shelves in countries dependent on imports.

Indonesia’s export ban is “inflationary for everyone”, said Atul Chaturvedi, president of the Solvent Extractors’ Association of India. India is the top importer of palm oil and gets about 45% of its supply from the Southeast Asian country. “If the supply chain is disrupted, companies will try to ration their supplies because they don’t know what’s going to happen tomorrow.”

Indonesia is certainly not making it easy to navigate its palm export ban. The top producer said on Friday it would suspend all shipments of cooking oil, sending prices of palm oil and its substitute soybean oil soaring. Then late on Monday, reports emerged that only palm olein, a refined product, would be halted, prompting a swift retreat in prices and traders rushing to comply with the ban.

The government delivered another shock on Wednesday evening, widening the ban to include crude palm oil, RBD palm oil and even used cooking oil, contradicting its earlier statement. That covers the products across the entire supply chain. Indonesia accounts for a third of global edible oil exports.

The move is “one of the biggest acts of agriculture nationalism so far during this surge in food prices”, said Tobin Gorey, an agri-commodities strategist at Commonwealth Bank of Australia.

Palm oil futures dropped as much as 3.9% to 6,714 ringgit a ton, paring gains this week. Prices jumped by the 10% trading limit a day earlier, hours before Indonesia announced the widened export ban.

President Joko Widodo late on Wednesday said that the ban would be lifted once the local demand for food staples is met, adding that it was “ironic” that the country had difficulty getting cooking oil. The decision to ban exports came after earlier policies weren’t effective in easing the shortage, he said.

Still, it’s uncertain whether the ban will have the desired effect. The government acknowledged that the policy may cut the country’s palm output and result in unsold harvests for farmers. There are also concerns about when Indonesian producers will run out of storage capacity to store oil that they can no longer export.