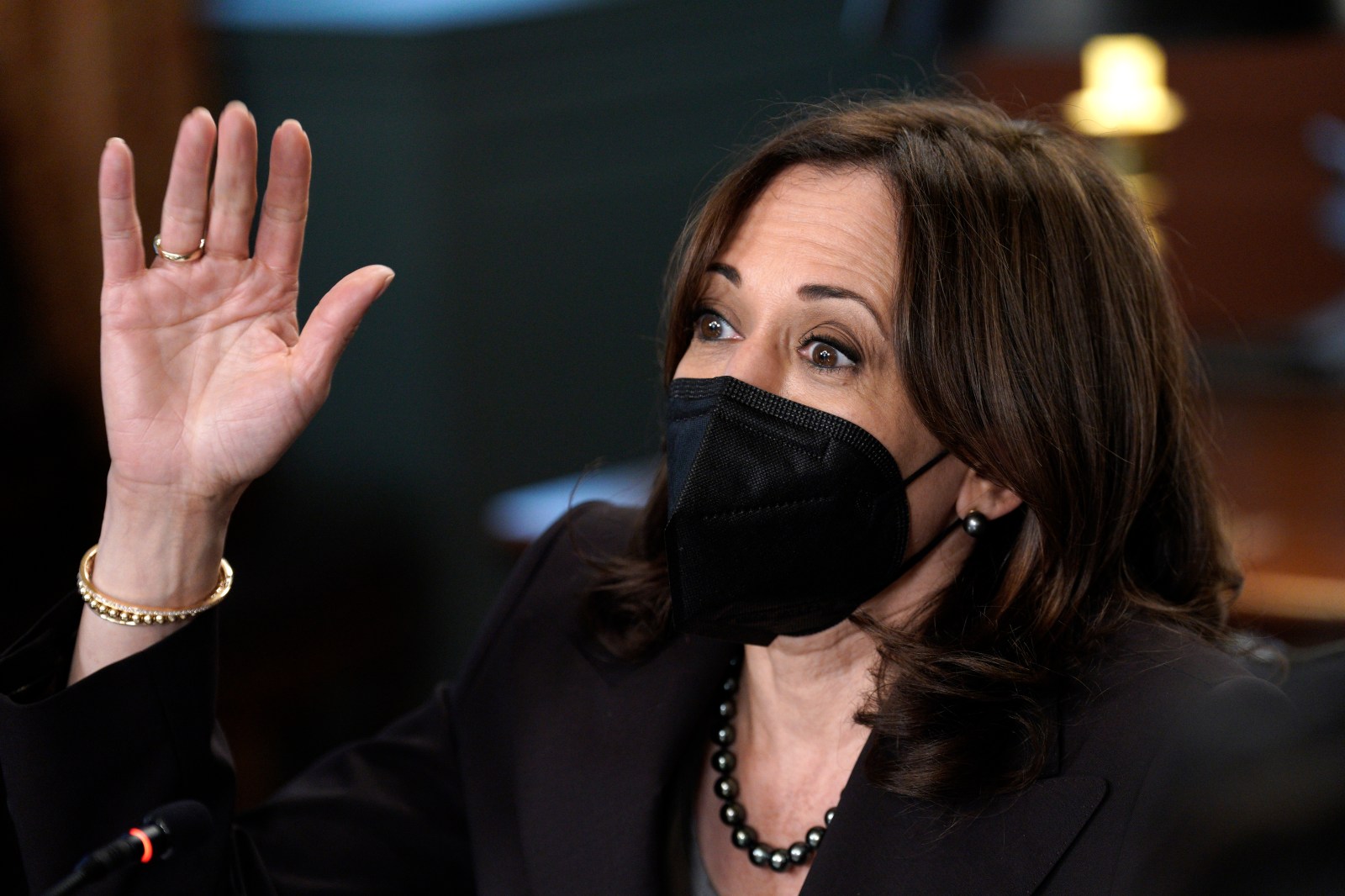 WASHINGTON, April 26 (Reuters) - U.S. Vice President Kamala Harris tested positive for Covid-19 on Tuesday but is not exhibiting symptoms, a spokesperson said, at a time when there has been an increase in cases among White House staffers.

Harris has not been in close contact with President Joe Biden or first lady Jill Biden due to their travel schedules, her press secretary, Kirsten Allen, said. Harris will isolate and return to the White House when she tests negative, Allen added.

After consultation with her physicians, Harris was prescribed and has taken antiviral drug Paxlovid, Allen said.

Harris came in to the White House on Tuesday but tested positive and left before meeting Biden, a senior administration official said.

Infections have risen in some parts of the United States due to the highly transmissible Omicron BA.2 subvariant, even as cases are falling overall, according to public health officials.

Other high-ranking officials to test positive this month have included U.S. House Speaker Nancy Pelosi, next in the line of succession to the presidency after Harris, Attorney General Merrick Garland and Commerce Secretary Gina Raimondo.

Democratic Senators Ron Wyden and Chris Murphy on Tuesday announced that they tested positive for Covid-19. A senior Senate Democratic aide said because of senators’ absences, votes might be delayed on some Biden nominees who face strong opposition from Republicans.

The Senate is split 50-50 between Democrats and Republicans. Ties can be broken by Harris, who also is currently unable to come to the Senate to cast such votes.

Administration officials have said recently that President Biden’s regular contact with advisers and supporters could expose him to Covid-19.

However, the administration is keen to project a sense of normalcy as many Americans are returning to work and socializing with friends and family, they said.

Both Biden and Harris are fully vaccinated against Covid-19 and have received two booster shots. They have in recent weeks mingled with unmasked guests at the White House, including an event attended by 200 guests with former President Barack Obama to talk about Democrats’ signature healthcare law.

With midterm elections scheduled for November, 51% of Americans disapprove of Biden’s job performance, according to a Reuters/Ipsos poll, as the country struggles with high inflation and Russia’s invasion of Ukraine, pushing Biden, Harris and high-ranking administration officials to travel more and spend more time in large groups without a protective mask.