Podcasts about threats of a nuclear war and the fear fo... 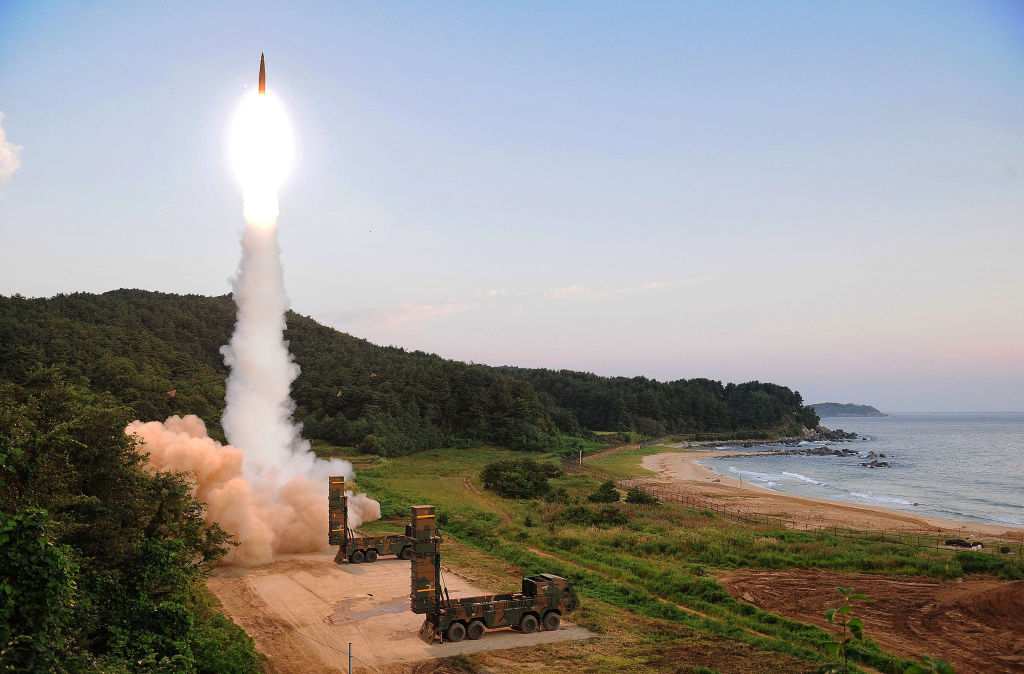 What happens if nuclear weapons are used in the 21st century? These three episodes from ‘Science VS’, ‘Warfare’ and ‘This Day in History Class’ find out.

In today’s current crisis, with the war in Ukraine, North Korea testing its missiles and Russia threatening to go nuclear should Nato step out of line in its eyes, these three podcast episodes unpack what a nuclear blast would mean for the world.

This episode of Science VS is a compelling investigation into what nuclear war would mean for the world today. Presented from various angles and with different experts, this thorough episode is thought-provoking and a fascinating insight into understanding nuclear weaponry.

The first guest in the show is Dr Alex Wellerstein from the Stevens Institute who is a science historian specialising in nuclear weapons. (Wellerstein also has a fascinating map that simulates nuclear explosions in different locations.)

He explains that, in the event of a nuclear bomb, the first you would see is a bright, blinding flash, tinged blue.

“It’s hotter than the sun,” he says. “That’s the sort of heat that turns sand into glass…”

Anyone too close to it would be a “charred corpse. You’re talking about enough heat to set things and you on fire.” This is what kills people first, Wellerstein explains, radiation sickness only comes later.

The next guest is Dr Tetsuji Imanaka, who is a nuclear engineer in Japan. Imanaka was born in Hiroshima in 1950, and much of his research is complemented by his own personal experiences of the aftermath of the nuclear bombs dropped on his birthplace.

His own grandmother died a week after the bombing from radiation poisoning. Later, he would go on to research how radiation could affect his mother as the years went by.

The episode is heartbreaking and unsettling, but it is also a fascinating listen to try and make sense of the world we live in and the uncertainty of a nuclear age. The show attempts to answer some of these uncertainties, such as how radiation causes cancer, what life after a bomb could be like and the political circumstances that surround nuclear warfare, making for an intriguing listen.

How the British prepared for Nuclear War – Warfare

This episode of Warfare features Julie McDowell, a journalist specialising in the Cold War and the nuclear threat. McDowell has travelled the world exploring nuclear sites and investigating how countries prepare for nuclear war, and she has some fascinating stories to share in the podcast.

In this episode, McDowell explains how Britain was preparing for the possibility of nuclear weapons destroying the country during the Cold War. Many of the plans that were in place were actually modelled on Britain’s response to the Blitz during World War 2 — which, as it turns out, would not have been much help at all. These plans reveal a shift in the nature of combat in the 20th century and show how nuclear rewrote narratives of warfare and survival.

One significant change, however, was that while many people expected that the government could source bunkers for them, as they had done during the Blitz, it was not financially or logistically possible to do so.

“Once the hydrogen bomb came in and it became obvious that millions of people would die [so] the concern switched wholly to continuity of government,” McDowell explains.

“The government’s main concern [became] making sure that Britain continues; even if Britain is only a few guys in suits in a few bunkers, at least they can still come above ground eventually, wave a flag and say ‘Britain is still here’.”

Even if there was no way for everyone to have access to a bunker, McDowell’s research did uncover plans in archives for civilians.

“There were plans to set up overflow hospitals. Now, of course, Britain is very densely packed, you don’t have the luxury of space [for this] or the money or the time to do it,” she explains.

In Aberdeen, restaurants and nightclubs were demarcated for hospitals due to their floor space.

“I just imagine how gruesome that would be…you’ve suffered awful blast injuries or radiation sickness, you’re dumped on the dancefloor of Donald’s Ballroom and you’re dying under the glittering disco ball,” McDowell thinks.

This episode, through McDowell’s intriguing stories and interview, paints a provocative picture of life during the Cold War in Britain, but also sparks some interesting questions over how the world is prepared for nuclear war today.

McDowell also has her own podcast, with more stories of her adventures, called Atomic Hobo, which is next on our “to-listen” list.

A Soviet leader invites an American schoolgirl to the Soviet Union to soothe her fears about nuclear war – April 25th, 1983 – This Day in History Class

This Day in History Class is a fun listen for anyone who enjoys general knowledge or learning something new and obscure. One of this week’s episodes, from 25 April, goes back to 1983 amid serious tension in the Cold War.

The threat of nuclear war was on everyone’s minds, even children’s.

“We and the Soviet Union are trying to do everything so that there will not be war on earth. In America, and in our country, there are nuclear weapons; terrible weapons that can kill millions of people in an instant,” Andropov writes.

“But we do not want them to ever be used. That’s precisely why the Soviet Union solemnly declared throughout the entire world that never will it use nuclear weapons first against any country.”

In today’s current crisis, Smith’s 1983 letter reflects what many may be feeling in 2022, and her story is not only an interesting moment in history but also makes one think of how the actions of adults have consequences on the futures of our children. DM/ML