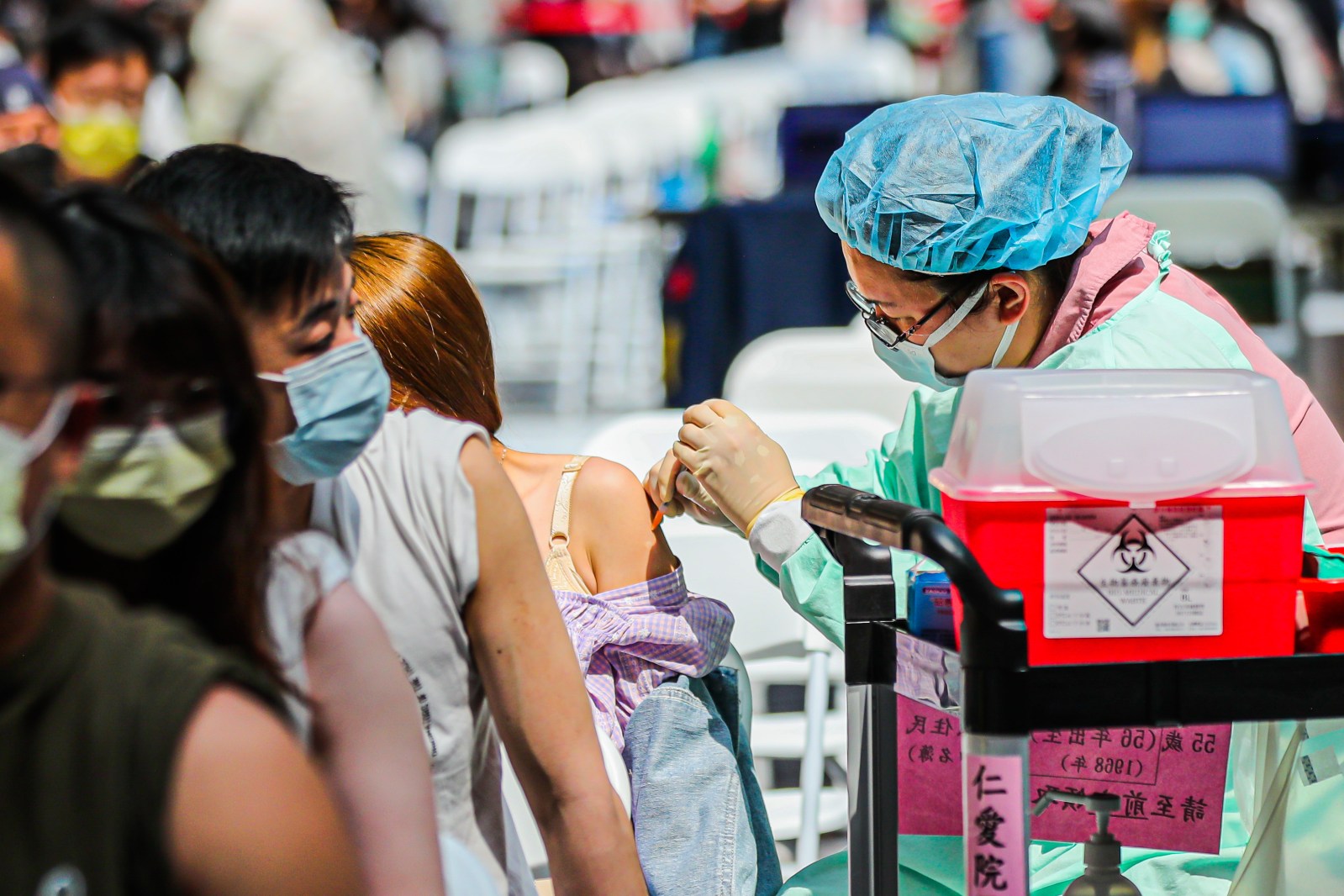 People get their Covid-19 booster jab inside the Taipei Metro station in Taipei, Taiwan, 23 April 2022. Local authorities said on 22 April, that distance learning for students might be impose amid a sharp rise in domestic COVID-19 cases. On 23 April, Taiwan reported 4,204 new COVID-19 cases, including 4,126 domestic ones. EPA-EFE/RITCHIE B. TONGO

TAIPEI, April 28 (Reuters) - Taiwan reported on Thursday that the daily number of confirmed domestic Covid-19 cases had topped 10,000 for the first time, in line with predictions, and the health minister said infections would continue to rise.

Taiwan, population 23 million, has reported a spike in cases since the start of the year – 51,504 so far – after having previously well controlled the pandemic with tight border controls and tough quarantines.

With a well-vaccinated population, more than 99% of those infected in the current wave are either asymptomatic or have not fallen seriously ill. Only seven people have died since Jan. 1.

Speaking at his daily news briefing, Health Minister Chen Shih-chung, who had previously predicted 10,000 daily cases by the end of this month, said Taiwan was still in the phase where infections would keep increasing.

“This is certain,” he said.

Taiwan Medical Association president and ruling party lawmaker Chiu Tai-yuan, sitting next to Chen, said people should not worry as Taiwan was in a much better position than during a similar outbreak a year ago, including having a high vaccination rate.

The government has moved to ease restrictions, including cutting from 10 to three days quarantine for close contacts of infected people, and is also considering a reduction in mandatory quarantine for all arrivals in Taiwan, now at 10 days, as it seeks to live with the virus.

The current outbreak is concentrated in northern Taiwan, especially the capital Taipei, but cases have been reported all over, including remote islands.

Taiwan’s response to its outbreak stands in stark contrast to neighbouring China, whose commercial hub Shanghai has endured four weeks of harsh lockdowns to control a Covid-19 outbreak, and life has continued almost as normal on the island.

Taiwan Premier Su Tseng-chang said on Saturday they will not follow Shanghai’s example.

Taiwan has reported 88,446 cases since the pandemic began more than two years ago, and 860 deaths.