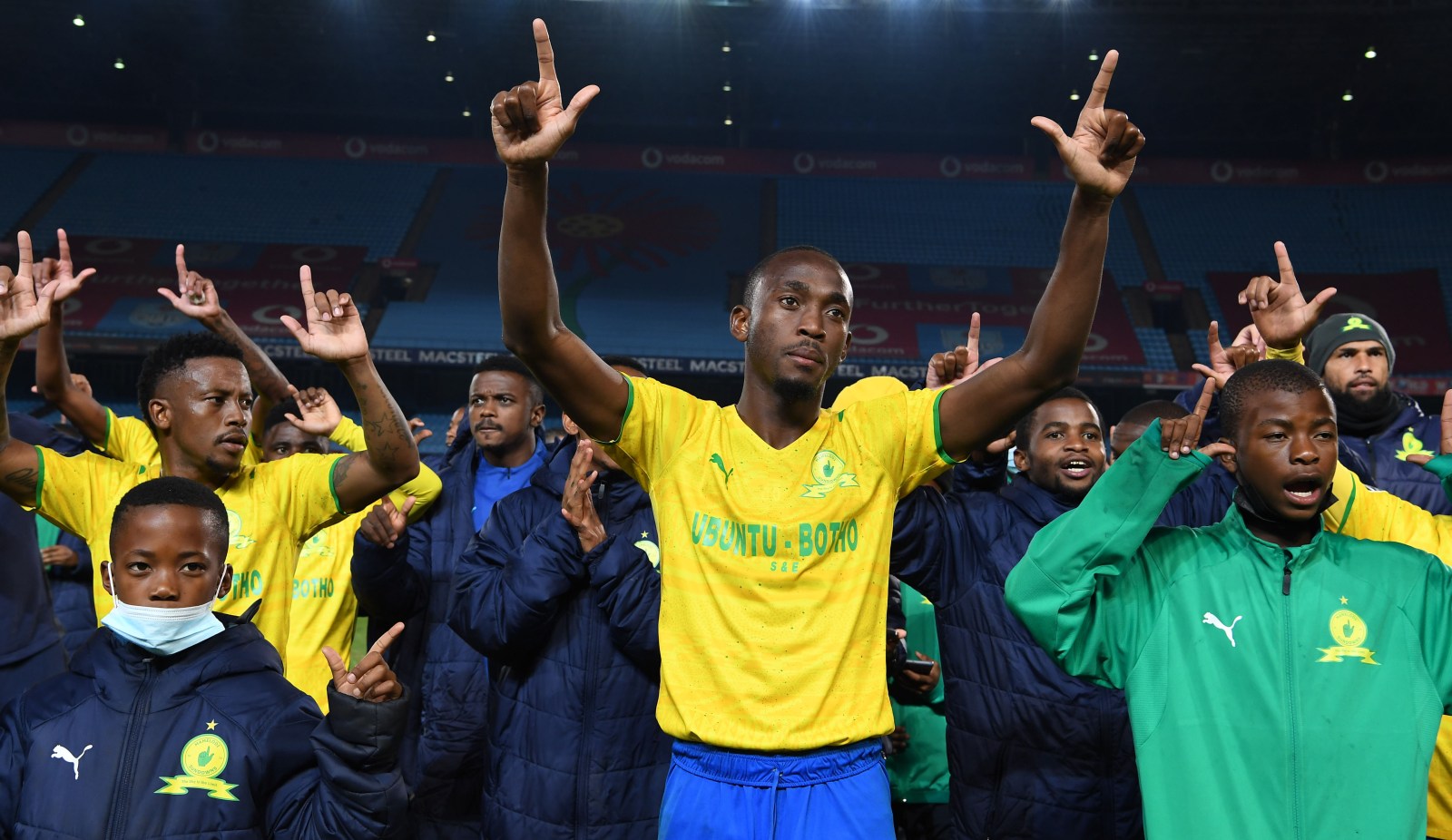 Tshwane giants Mamelodi Sundowns were crowned the champions of South Africa’s top tier for a fifth season in a row – they are still hurting from being ousted in the Caf Champions League.

Mamelodi Sundowns wrapped up their fifth DStv Premiership title in a row after playing out to a nil-all draw with third-placed Cape Town City on Wednesday evening.

However, the celebrations for the team’s 12th league crown – a Premier Soccer League (PSL) record – were largely subdued. This was despite the fact that Masandawana completed this latest milestone with four games to spare and won the title in front of their passionate supporters at Loftus Versfeld.

Speaking before the game against City, Sundowns midfielder Neo Maema alluded to why the festivities might have been subdued. The team is still reeling from a surprise Caf Champions League quarterfinal loss to Angola’s Petro Atlético.

“We are allowed to be sad and to be disappointed in ourselves because we expect so much from ourselves,” Maema said.

“We are a big club; we are top professionals. But that’s what happens. The universe doesn’t always give you what you want, you have to fight for it. Unfortunately, we got out before the semifinals, but we are preparing to look forward to the next one.”

The subdued celebrations could also be down to the fact that Masandawana have once again not been challenged for the league title. As early as December 2021, it looked likely that the Tshwane giants would once again defend their league crown.

From the beginning of the 2021/22 season, the 2016 African champions went 17 games unbeaten to lay a brilliant foundation for winning this fifth title in a row, and extend their own record for consecutive league trophies in South Africa. That unbeaten streak ensured that the chasing pack would require a miracle from the football deities to usurp the Chloorkop-based outfit. It didn’t come.

Masandawana have also scored 50 goals from their 26 games to date. The last time they breached the 50-goal mark was during the 2016/17 season, when they finished runners-up to Bidvest Wits. The club’s co-coach, Rulani Mokwena, says the team’s success domestically is down to consistency.

“We would have liked to do better in the Champions League, but to amass the number of [league] points we have with four games to go, plus the MTN8 trophy – which is something that eluded us… And we have to go again for the Nedbank Cup and try to focus on that.”

With the gap between them and second-placed Royal AM currently a mammoth 15 points, Mokwena said it was up to the other teams to try to keep up with the rolling juggernaut. Despite their esteemed reputations in the country, Soweto sides Orlando Pirates and Kaizer Chiefs were also left to eat the dust of Sundowns this season.

“The responsibility to make sure that there are stronger rivals in the DStv Premiership is not ours,” he said.

“We have the potential to have strong rivals. Some of the teams have quality. There are players who can play abroad. With the national team selection, some players get called up and they come from a lot of the clubs who have the responsibility to try to be the rivals of Sundowns. It is a difficult responsibility and I am glad it is not our responsibility.”

Sundowns will be in action next in the Nedbank Cup semifinal against Royal, on Saturday, 30 April at 7pm. DM