LA Times Book Prize for Fiction winner: In the Company of Men 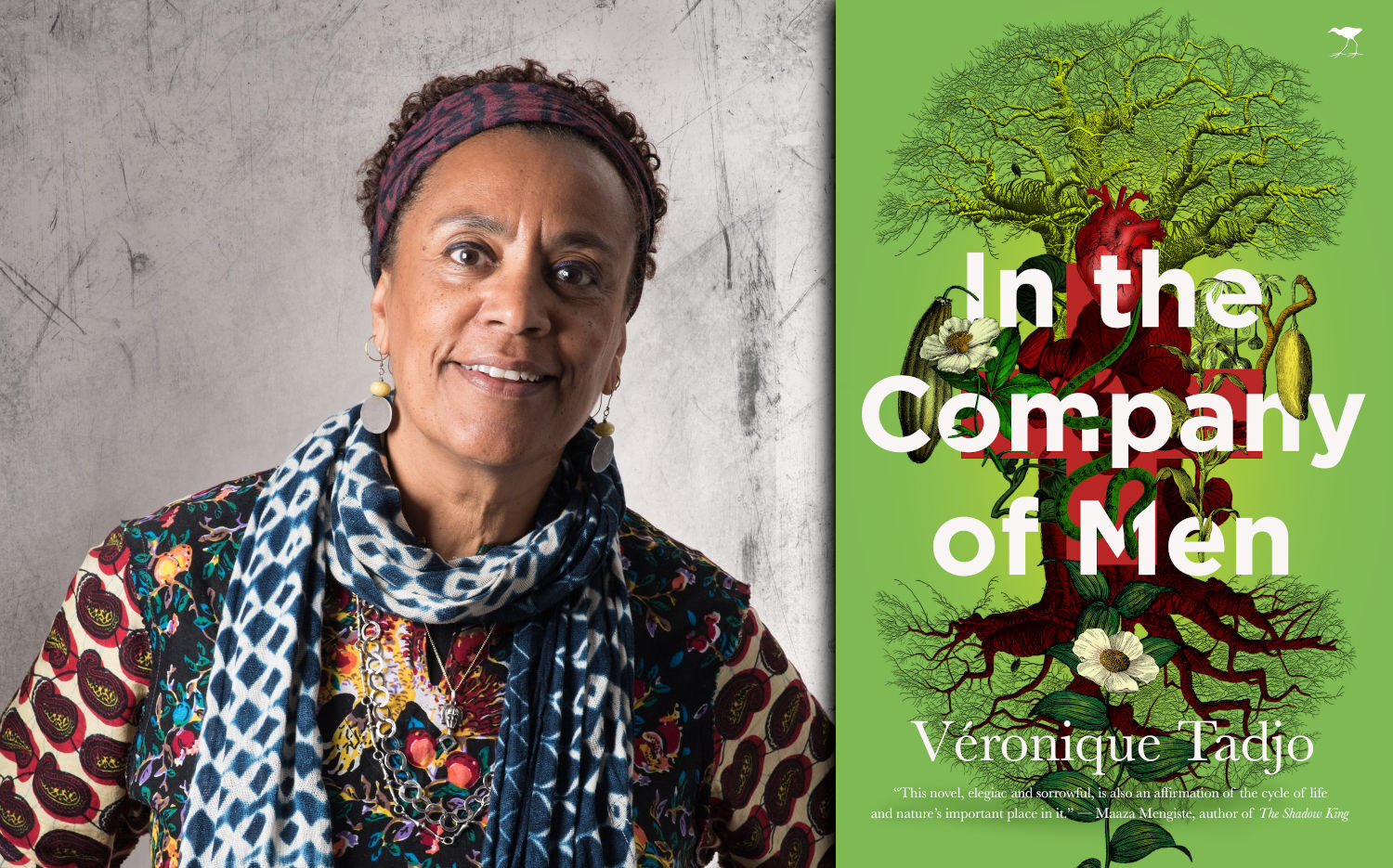 Veronique Tadjo, author of 'In the Company of Men'. Image: Cover supplied by Jacana Media; The Reading List

African fiction in translation is gaining a foothold of recognition, with Ivorian Véronique Tadjo picking up the prestigious LA Times Book Prize for Fiction this year, for her recent novel In the Company of Men. The book 'is unlike anything we’ve ever read,' the judges said, calling it 'gripping and prescient.'

Originally published as En compagnie des hommes, the work was translated ​​by the author in collaboration with John Cullen. Tadjo’s novel comprises a series of moving snapshots presented through the eyes of those affected by the Ebola epidemic: the doctor who tirelessly treats patients day after day in a sweltering tent, protected only by a plastic suit; the student who volunteers to work as a gravedigger while universities are closed; the grandmother who agrees to take in an orphaned boy cast out of his village for fear of infection.

In the Company of Men is one of two recent African novels in translation to receive recognition: Rwandan Scholastique Mukasonga’s Our Lady of the Nile was shortlisted for the Republic of Conscience Award, whose winner will be announced soon. This counts as a welcome trend that will encourage further translation of African works.

Read an excerpt from Véronique Tadjo’s In the Company of Men.

‘Go on, get out now. Go to the capital, go to your aunt. The village is cursed. Don’t ever come back here.’

She stuffed some clothes into a bag and took the money her father was holding out to her. She knew it was all he had left.

‘When the bus gets in at the main station, there will be people everywhere. But don’t worry, your aunt will be there, waiting for you. Don’t tell her anything. Above all, don’t tell her we’re dying here. That would terrify her. Don’t tell her your mother and your two younger brothers are very sick. She wouldn’t understand. Say as little as possible, just watch and do whatever she asks you to do. This is your chance.’

He gave her a quick hug and walked away without looking back.

Two mischievous young boys from a village on the edge of the forest went out hunting. Their village was a cluster of small houses and large circular mud huts with conical roofs and tiered layers of thatch rising all the way up to the sky. The nearby forest was an imposing presence, at once protective and nurturing, a realm inhabited by mysterious forces invisible to the naked eye. The villagers lived amid great natural beauty and utter destitution.

That morning, before the sweltering, humid sun made its appearance, the entire area was bathed in mist. Armed with slings, the two brothers shot at everything that moved. Then they looked up and spotted a colony of sleeping bats, hanging upside down from the branches of a tall tree with rough bark. The cool, shady foliage formed a screen against the rays of the sun. One child took aim and hit one of the animals. As it fell, several other bats flew off with piercing shrieks. The boy aimed again. A muffled sound came from the carpet of dead leaves.

The second boy took his turn, and he too hit his target. A third bat thudded onto the ground at his feet and started crawling feebly. The young hunters collected their prey and proudly walked back to the village. There, they built a log fire, skewered the bushmeat, and seasoned it with pepper and other spices pilfered from their mother’s kitchen. Then they grilled it over the flames, though there wasn’t very much to eat: a few chewy bones and a bit of flesh with a gamey flavour. But it was their very own booty.

Less than a month later, the two boys lay at death’s door. Blood was flowing out of every orifice in their bodies.

When the nurse was notified, he rushed to the house but stopped short on the bedroom threshold and gazed at the two boys, who were writhing on their beds. He saw the stains of blood and mucus on the dirt floor, smelled the stench in the air. He said to the father: ‘Whatever you do, stay away from your children. Don’t touch them, don’t dry their tears. Don’t take them in your arms. Keep your distance from them. You’re in serious danger. I’ll call in my team.’ He scribbled a brief report in his notebook and hurried away to alert his superiors. But the mother didn’t budge from her children’s bedside. She wept as she caressed their faces and gave them sips of water to drink.

Huddled side by side in a red clay house with a tin roof, the two frail little bodies endured their suffering. Nobody knew about it. The nursing team took a long time to come. The mother couldn’t just sit there and do nothing any more. She visited the local healer to get plants for treating the sick.

The man declared, ‘There are so many deaths, too many—this isn’t normal. This sickness is not from here. Someone is out to get us. He’s cast an evil spell on us that I don’t know how to break. We must cleanse the village and carry out purification rites.’ But in the end, he took pity on her and gave her some potions for her children.

The father, waiting for the medical team to arrive, hadn’t moved from the front door. He let the mother do what she wanted and watched attentively as the villagers went about their daily chores. The farmers, their hoes slung across their shoulders, walked in single file on their way to the fields. Some women with tubs of water on their heads came back from the river. Kids trotted along behind the women, clinging to their skirts, their bare feet covered with dust. Some young goats rummaged around in a pile of garbage, while chickens scraped and scratched the soil in search of earthworms. The father looked up at the yellow sun, at the rain-laden clouds, and decided that bad luck had crept into their lives.

The medical team arrived. The men got out their equipment and began to douse the ground with chlorine solution. The father stepped aside. The team ordered the mother to come out, but she refused. They erected a cordon sanitaire all around the house, and then neighbours thronged the scene, their faces still crumpled from sleep, their wrappers knotted around their chests.

The villagers watched from a distance, standing in silent groups under the trees. The father and mother looked like ghosts already, their neighbours thought. One more family gone.

In the past, every new death was announced with a great deal of commotion. Cries would spread the news through the village. The women would wail and roll in the dust, tearing their hair. But now, this time, there was nothing of the sort, absolutely nothing. Everything unfolded in silence, a thick, threatening silence, auguring even more harrowing days to come. The deaths of the two boys triggered a sinister premonition that petrified the whole village.

The mother got into the ambulance with her children; it was the last time the father would see any of them alive. He barely had enough time to send his eldest daughter away. Not a single tear was shed. He was already fighting for his life. DM/ ML

In the Company of Men is published by Jacana Media (R195). Véronique Tadjo is a writer, academic, artist, poet and author of books for young people. Born in Paris, she grew up in Abidjan, Côte d’Ivoire, where she attended local schools. She earned a BA in English from the University of Abidjan and a doctorate from the Sorbonne, Paris IV, in African American Literature and Civilisation. Visit The Reading List for South African book news, daily – including excerpts! This excerpt originally appeared in The Johannesburg Review of Books.