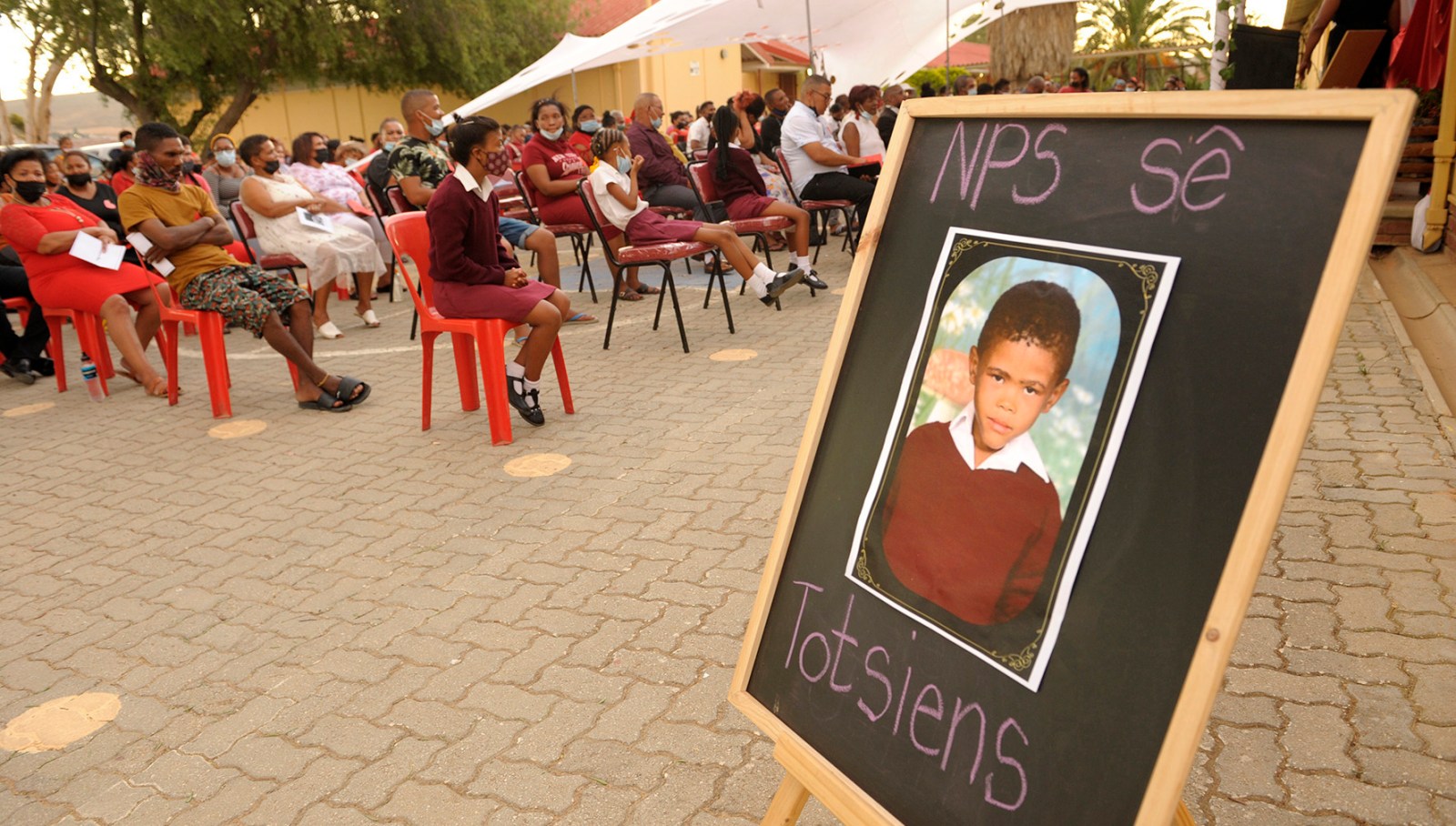 Chilling details of occult activities contained in a psychological assessment from Vredendal psychologist CWA van Zyl of how Daniel Smith, 56, allegedly killed 13-year-old Jerobejin van Wyk, have spurred the court to order that the accused be sent for a 30-day psychiatric observation.

The report compiled by Van Zyl was ventilated in the Klawer Magistrates’ Court on Tuesday, 26 April 2022, where the murder-accused made a brief appearance.

Smith is accused of murdering Jerobejin on Wednesday, 2 February 2022. Two days after Jerobejin went missing, his remains were found in a drain on the accused’s property.

Smith face charges of murder, attempted murder, kidnapping, defeating the administration of justice and failure to report an accident to the police. Western Cape National Prosecuting spokesperson Eric Ntabazalila indicated that more charges are likely to be added as the investigation continues.

During his first appearance on 7 February in the Klawer Magistrates’ Court, defence lawyer Santie Human told the court that Smith has confessed to dismembering Jerobejin’s body. Smith is expected to plead to the charges once the matter goes to trial.

Following the confession, Smith abandoned his bail bid, with Human issuing a statement claiming that he had been involved in occult activities since the age of 13.

At the time of his arrest on 4 February 2022, police spokesperson Colonel Andrè Traut said Jerobejin and a few other boys had been accused of stealing mangoes from the accused’s property in Second Avenue.

“The murder-accused at first claimed that he chased after the boys in his bakkie, hit Jerobejin, gave him bread and cooldrink, and went inside his house. He claimed that when he came back outside, Jerobejin was gone,” Traut explained.

Human read Van Zyl’s assessment  into the court record which stated that Smith was involved in “Chinese occult” rituals from the age of 13 and it seemed that he was convinced that the cult gave him power.

The court also heard that Smith has done comprehensive literature studies in religions and traditional rituals. He seems to be caught up in confused ambivalence and mentions a contract with the occult, Satan and God, Van Zyl explained.

Although these confused belief systems have played a role in conducting the crime, more factual, rational and scientific evidence needs to be assessed, the report states.

The assessment outlined graphic details of how the accused allegedly murdered Jerobejin and events preceding it, involving Jerobejin and other children.

Van Zyl’s report states: “The one minor, Jerobejin, was mocking him, after which he lost control and he chased the minors in his vehicle, in daylight [and in full view of] the cameras and the general public.

“He apparently bumped Jerobejin and pulled him into his vehicle and took him to his home knowing very well that people would know about the incident. In his home, he apparently gave him bread and cooldrink, and then broke his neck.”

The assessment report further states that the accused’s 20-year-old daughter was also in the house and hadn’t seen anything. Smith allegedly placed the corpse in the freezer.

“His daughter and he went to Vredendal, conducting business as usual and on return home, she made supper after which he gave her sleeping tablets, to give him opportunity to conduct a pre-planned ritual.

The corpse was dismembered and burned, and the remains were thrown in a septic tank of a sewage system later detected by municipality workers.

Van Zyl also emphasised the role of personality disorder and specifically psychopathy, adding that the accused has committed serious assault before the age of 15. His entire life is characterised by physical altercations with others.

“In my opinion there are manifestations of psychopathy like lack of real feelings, no real remorse, self-justification of actions and lies, dissociation, of major events, manipulation, cruelty etc.

“His state of mind, when he did commit the murder, consisted of different stages which might indicate a ‘perfect storm’ for the horrific crime. He did not see the two minors in his yard, apparently stealing fruit [being sick and tired of theft, beggars and disrespect in his community],” Van Zyl said.

Van Zyl suggested that Smith needed to be assessed by a psychiatric team.

Another aspect highlighted by Van Zyl is why the accused claims to taste sulphur and iron, gets headaches, goes into a trance and enters a different dimension when he gets upset.

“It can be regarded as the typical fight, flight, [or] freeze reaction but he has a history of head injuries in which he went into a coma, with residual psychological impact affecting his eyesight and causing headache seems to be an ongoing problem,” Van Zyl said.

Van Zyl’s recommendation that Smith be referred to a psychiatric hospital for assessment was not opposed by the State and the court subsequently an order for mental observation.

The case was postponed to 23 May 2022, to allow Smith to undergo a 30-day psychiatric observation. The State has been given until 27 June 2022 to complete its investigation. DM