"The Red on the Rainbow" tells stories of injustice

‘The Red on the Rainbow’: On recognising the humanity of black people in South Africa 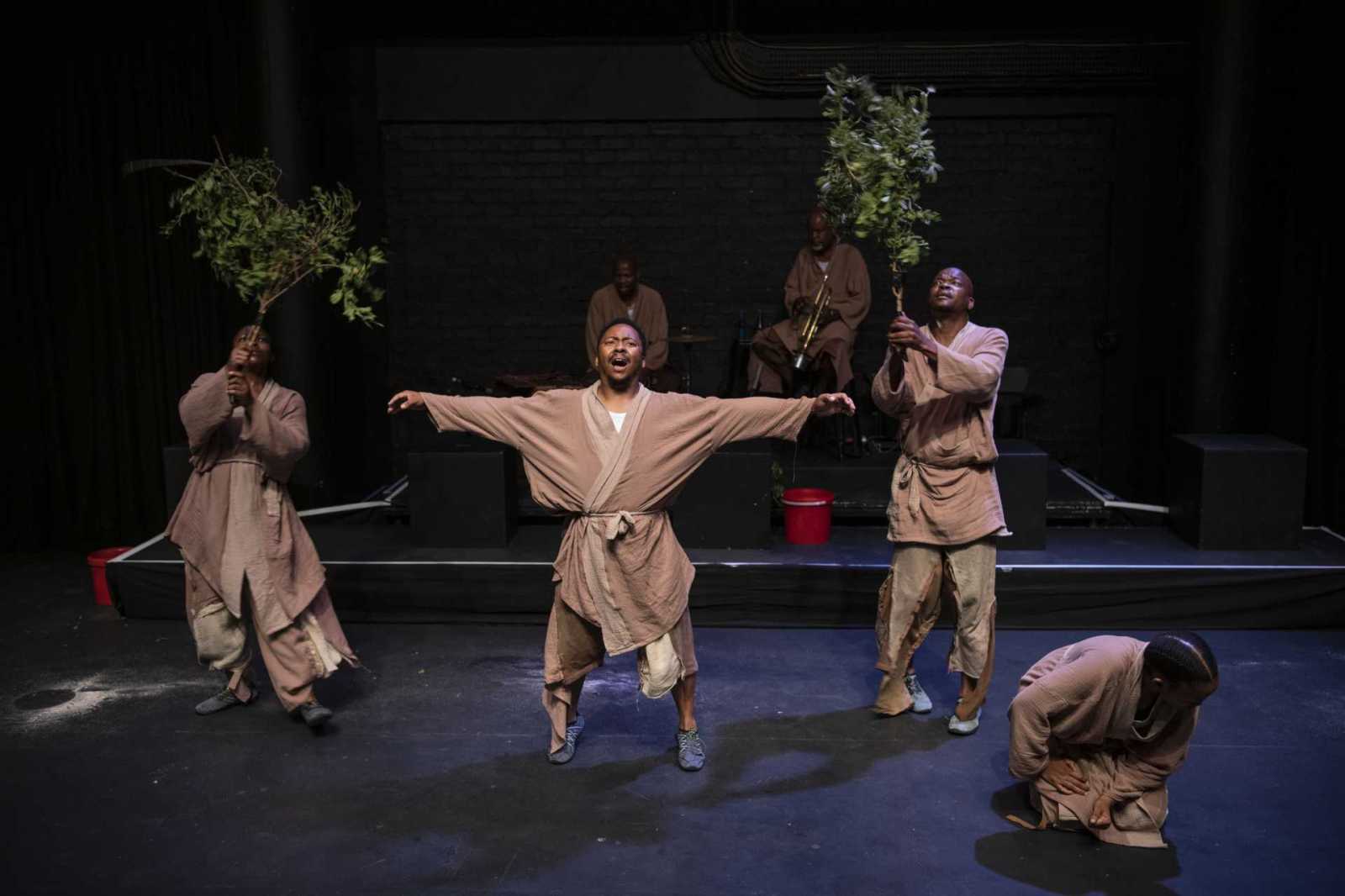 "The Red on the Rainbow". Image: Supplied

‘The Red on the Rainbow,’ a play written and directed by Monageng Vice Motshabi, raises questions about how far we have come in recognising the humanity of black people in South Africa since 1994.

Race and ethnicity are still at the heart of South African history, politics, society, government institutions and the economy since the apartheid era. These words are also used to describe South Africa’s diverse state which symbolically paints the image of the “Rainbow Nation” – a phrase made popular by the late Archbishop Desmond Tutu.

The words race and ethnicity go further to explain the institutionalised discrimination that exists in South Africa after apartheid, a synopsis that is incredibly topical and which Motshabi explores in their play, The Red on the Rainbow, to tell stories of injustice by those most affected by it: black lives.

The play follows the aftermath of the gruesome events surrounding the death of a young black man, on a maize farm at the hands of a white farmer’s son and his friends.

At the police station the residents reporting the murder are greeted by a very hostile atmosphere: long queues, unfriendly attitudes, rude and unbothered, at the reception. A typical scene in South Africa’s public institutions, also including but not limited to Home Affairs, clinics and hospitals.

Their attempt to get justice for him goes no further than the police station walls; it is never investigated or followed up by the police, who seem too scared of the white farmer to enforce the law.

This is the set-up that traps the residents in a cartoonish and feverish attempt to leap into the much-lauded blissful change that our country’s liberation is said to have unleashed for all.

This is until the mother of the murdered black young man decides to confront her son’s killers, staging a one-woman protest at the white farmer’s gate. The police are quick to react to the farmer’s call about this black woman disturbing his peace; they ask her to go home or they will use force.

The Red on the Rainbow reminds us that in small farming towns white lives seem to matter more than black lives and that they can get away with anything. The events surrounding the death of the young black man are reminiscent of the widespread violence that symbolises the unending apartheid ghost-dance that has come to characterise our society on many levels.

The play also spotlights issues in policing: the inability to hold the police accountable, the lack of solutions to address the root causes of crime, and the criminalisation of poverty and blackness. Policing is also explored in Ziyanda Stuurman’s latest book, Can We Be Safe? The Future of Policing in South Africa. DM/ML

Red on the Rainbow is on at the Market Theatre until 1 May.