Rugby clubs battle to win back supporters after years of neglect 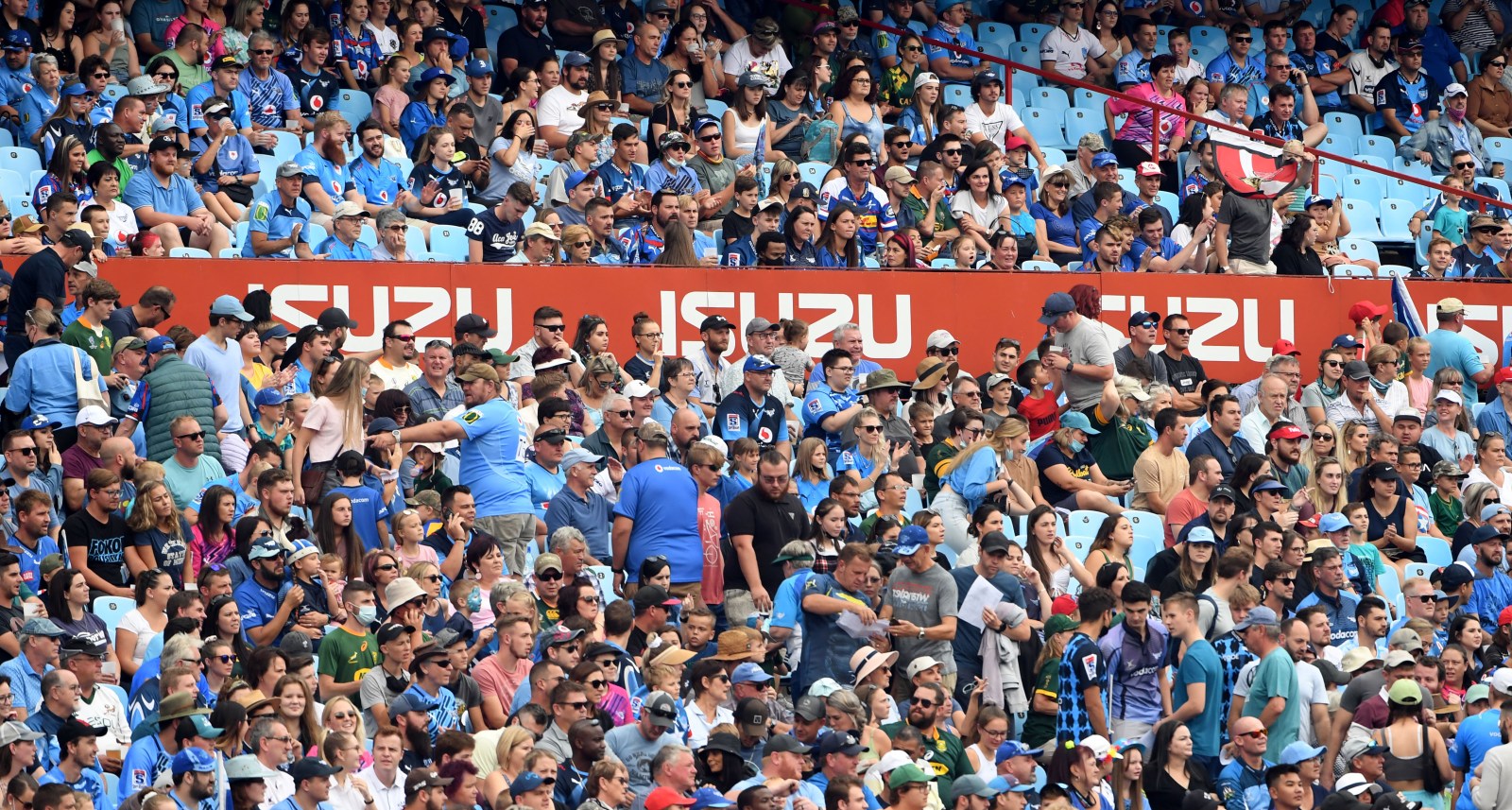 A decline in the number of fans at stadiums has shocked rugby bosses into action in a post-Covid world.

In stadiums and on TV, South African rugby’s premier teams have seen fans turn away and they are desperately needed to sustain the professional game into the future.

No ideas were deemed too outrageous and every club was heard. No firm decisions were taken, but it was a useful session to identify problems and open more lines of communication.

One of the major concerns raised was that the URC competition has been confusing for fans to understand. It hasn’t helped that the URC’s issues with fixture congestion owing to Covid-19 postponements has led to a disjointed season.

If South African teams have learnt anything, it’s that confusing tournament structuring turns fans away. Super Rugby was perhaps at its best as a 14-team competition before going to 15 and then 18 teams with a complicated conference system that ring-fenced playoff participation for mediocre teams, and led to fan apathy and, eventually, migration.

The latest URC viewing figures are unclear, but stadium attendances have been poor owing to many factors.

The Bulls experimented with R25 ticket prices for a game against Irish club Ulster three weeks ago and managed to pull 20,000 people to Loftus, but it’s a long way off their heyday of 40,000 every week.

“It has been a confusing time for fans,” Stormers acting chief executive Rian Oberholzer told DM168.

“We went from Super Rugby, which was on the decline in terms of support, into Covid, into a Rainbow Cup that morphed into the URC.

“Nobody made an effort to explain to the supporters and spectators who and what this competition is.

“For instance, many fans have little idea who the Ospreys are. The mistake we all made was that we didn’t go back to our support bases and explain to them how this new competition works. People aren’t even aware how the playoffs work.

“The lack of communication and information sharing from our side is one of the major reasons we are battling to get supporters back to stadiums.

“I think fans are a little gatvol with us because they are saying, ‘Don’t expect us to come to the stadium and pay money for something we don’t fully understand’.”

With regard to physically attending games, one theme that constantly arises from all the clubs is that there is still a great deal of confusion about Covid regulations and stadium attendance.

In this sense, guidance from the government has not helped sports clubs, because regulations are vague in some areas. The sale of alcohol was not allowed under some levels of Covid restrictions and the 50% capacity limit also remains in place.

“Vaccination issues are still an obstacle to overcome, not only from a suite owners’ point of view, but also clients of our suite owners,” Bulls CEO Edgar Rathbone told DM168.

“A negative Covid test not older than 72 hours is surely assisting us, but again the negative side of this is the cost associated with testing. Also, suite owners and corporates are reluctant to ask for the medical status of clients.

“Uncertainty of clients’ behaviour because of the Covid pandemic also has an impact. Many corporates still have strict policies in place that prevent social gatherings, from both receiving or sending an invite. The restriction on capacity (50%) leaves suite owners with limited invites to their facility as well.

“Initially when fans were allowed back, the non-serving of alcoholic beverages was a problem. Although this has been recently amended, it was a massive contributing factor in [not] selling suites.

“The vaccination mandate and negative tests are impacting season ticket sales. Because of social distancing within the seating area, we cannot allocate season ticket holders their preferred seats.

“We however noticed an increase in the demand and enquiries of season ticket holders who would like to renew or purchase tickets since the relaxing of the restrictions.”

Ed Coetzee, who is CEO of the Sharks, expressed similar observations: “The vaccination mandate and protocols in place have certainly contributed to fans’ hesitation to come through to stadiums and performance will always be a factor,” he told DM168.

How to fix it?

Vaccination mandates are likely to remain government policy in the short to medium term, so rugby clubs will have to work harder and smarter to entice more fans who are compliant back to stadiums.

Lower ticket pricing is one option, which the Bulls showed could be a factor, especially for someone who might have the added expense of a PCR test to attend a game. But it’s not the silver bullet either.

“Personally, I don’t think the issue is as much to do with ticket pricing – because it doesn’t cost more than it did for Super Rugby a few years ago,” Oberholzer said.

“The most expensive seat in the house (at Cape Town Stadium) is R200 (and the cheapest is R50), which is in line with any other major entertainment event in the Western Cape.

“But when was the last time we asked supporters what they wanted? What do fans want the stadium experience to be, what food would they like to eat, what time would they like kickoffs to be and so on.

“The days of expecting people to be thankful and grateful that we (as clubs and administrators) are giving them rugby to watch, are over. People think differently now, especially post-Covid.”

All the clubs are now actively engaging fans through traditional (email, radio) and modern (social media) platforms to build a picture of what they need and want out of a game-day experience.

“We are not just a rugby team. We are a lifestyle brand and must market more than the game,” Coetzee said. “A family that comes through our turnstiles must have wonderful service and a great match-day experience that extends beyond 80 minutes of rugby.

“We are actively working with the radio stations, clubs and universities in our province to get fans to the stadium.

“We have added aspects such as a dedicated family zone (no-alcohol area); a kids’ zone (with a pool, slides, facilitators in this area to take care of the kids); a gaming room; kids’ inflatable rides; a food market/beer garden; a beach club for adults; live music and a braai area on the outer fields.”

Rathbone added: “Although we believe that ticket pricing is not the main barrier for entry, we had a massive success with the launch of our R25 tickets and will continue to offer this to our supporters.

“We have recognised the diverse fan base we have accumulated, and we recognised that the cheaper ticketing offering was well received.

“We are in the process of finalising our formal market research to determine customer behaviour and to work on the barriers of entry.

“One of the major challenges for us is welcoming back our younger passionate fan base. We had a school tournament next door, and we could not allow hundreds of kids in the stadium due to vaccination of kids older than 12.”

The contest for fans’ loyalty will be fierce in the future and will also be highly dependent on the quality of the teams and their performances. The best marketing tool any club can have is a winning team. But in the post-Covid world, even that might not be enough.

“The only way we will solve these challenges is by talking to each other and engaging fans,” Oberholzer said.

“Even if the stadium is full next week, it’s not like everything is fine.

“We have to approach the market and the fans differently. We have to ask far more questions from fans, and give them a better product.” DM168