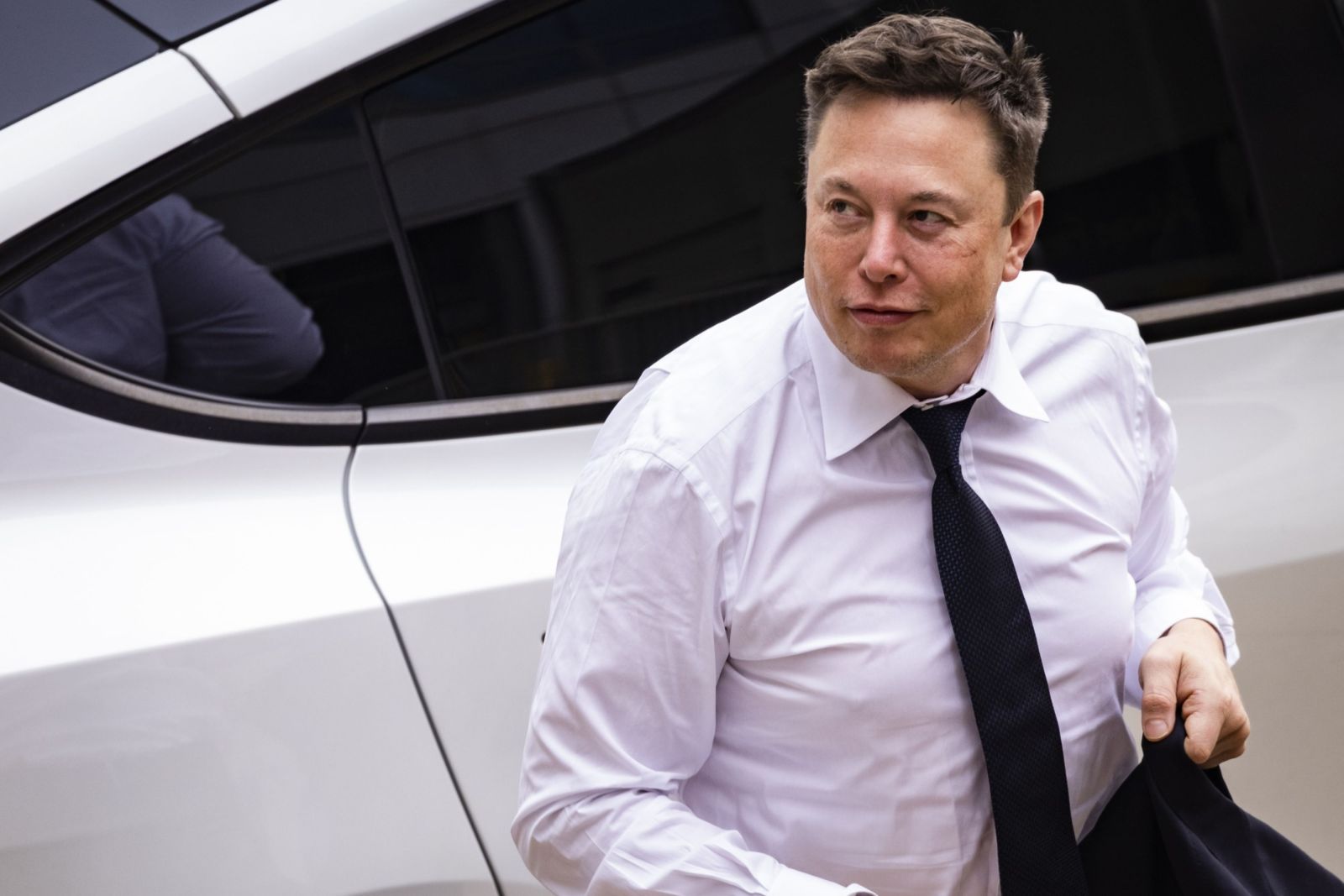 Elon Musk, chief executive officer of Tesla Inc., arrives at court during the SolarCity trial in Wilmington, Delaware, U.S., on Tuesday, July 13, 2021. Musk was cool but combative as he testified in a Delaware courtroom that Tesla's more than $2 billion acquisition of SolarCity in 2016 wasn't a bailout of the struggling solar provider.

Elon Musk’s short-lived effort to take Tesla Inc private after his infamous “funding secured” tweet in August 2018 has loomed over the billionaire’s reputation – and his quest to buy Twitter Inc.

Now, a series of text messages that Musk exchanged with Silicon Valley friends, investors, and the managing director of Saudi Arabia’s Public Investment Fund during that saga have come to light as part of an ongoing shareholder lawsuit. The texts provide a window into Musk’s thinking as he once again tries – nearly four years later – to take a publicly traded company private.

In one text message exchange with Yasir Al-Rumayyan, the head of the Saudi PIF, an angry Musk discusses a Bloomberg News article that reported the fund was “said to be in talks” to take Tesla private.

“This is an extremely weak statement and does not reflect the conversation we had at Tesla. You said you were definitely interested in taking Tesla private and had wanted to do so since 2016,” Musk writes in a text message, according to a 300-page motion filed late on Friday as part of the suit. “I’m sorry, but we cannot work together.”

“It’s up to you Elon” responds Al-Rumayyan.

“You are throwing me under the bus,” writes Musk.

“It takes two to tango,” says Al-Rumayyan. “We haven’t received anything yet.”

The back-and-forth continues. Al-Rumayyan tells Musk that “we cannot approve something that we don’t have sufficient information on” and says that he’s been waiting for more financial information. Later in the exchange, Al-Rumayyan asks Musk to “read the article please”.

“I read the article,” says Musk. “It is weak sauce and still makes me sound like a liar. It is filled with equivocation and in no way indicates the strong interest you conveyed in person.”

The talks with the Saudi PIF didn’t advance, and Musk moved forward with the proposal with private equity firm Silver Lake and Goldman Sachs Group Inc. Musk shelved the effort a few weeks later when it became clear that many large investors wouldn’t go along with it, stunning the financial world with a late Friday night blog post titled “Staying Public”.

Since then, Tesla has become profitable and built factories in Shanghai, Berlin and Austin, Texas. The company has indisputably ignited the shift to electric vehicles, and its $1 trillion valuation has wowed Wall Street and made Musk the world’s richest person.

But the shareholders suing Musk in federal court argue that Musk’s “indisputably false” August 2018 tweet and follow-up posts on Twitter cost them billions of dollars amid wild swings in Tesla’s stock price. Musk and his attorneys have been adamant that the tweet to his millions of followers was “entirely truthful”.

Musk’s lawyers have stood by their argument that Saudi Arabia’s wealth fund had agreed to support his attempt to take Tesla private. The text messages are part of a motion field by Alex Spiro, Musk’s lead outside attorney.

The filing includes excerpts from Musk’s deposition with the U.S. Securities and Exchange Commission, which sued Musk for fraud. The agency ultimately settled with Musk and Tesla, with each paying $20-million  (R312,82m) and Musk stepping down as chair of Tesla’s board for three years.

Meantime, Musk has acquired a stake of more than 9% in Twitter, becoming its largest individual shareholder, before turning down a board seat and launching an unsolicited $43-billion offer for the company this month.

After securing financing from institutions including Morgan Stanley, Musk spent Sunday with Twitter executives, according to a person with knowledge of the matter, suggesting that the company is generally more open to discussing a deal than previously.

But while Musk says he lined up $46,5-billion to fund his bid for the social media platform, the text messages from 2018 serve as a reminder that the 50-year-old billionaire can also change his mind. And when angered, he doesn’t forget. BM