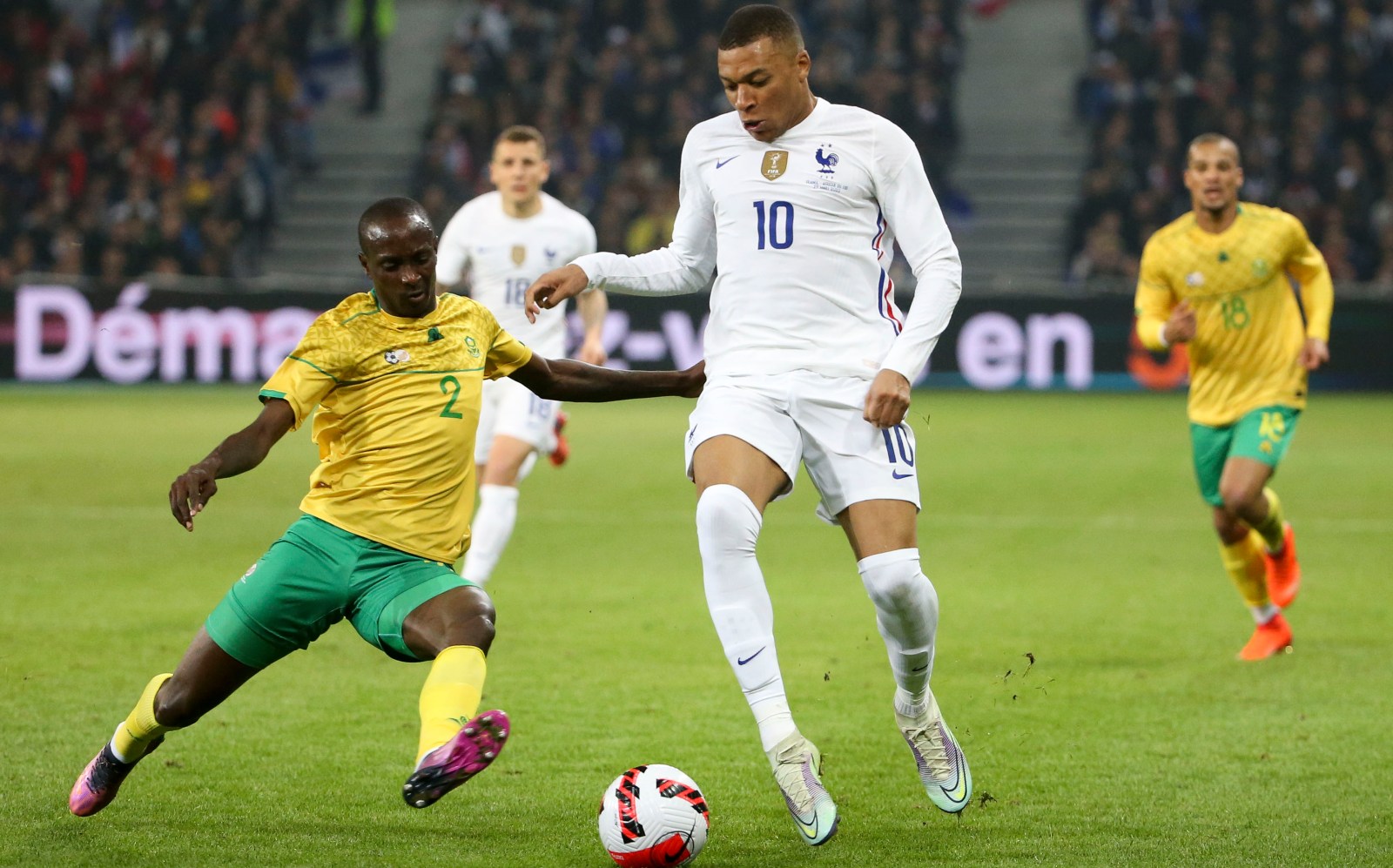 If they harbour hopes of qualifying for the African Cup of Nations, the South Africans will have to step up their level in the coming months.

In their pursuit to qualify for the Africa Cup of Nations (Afcon) once more, after missing out on this year’s continental showpiece, South Africa’s senior national men’s football team finally knows its opponents. During a draw conducted on Tuesday, 19 April, in Johannesburg, Bafana Bafana were drawn against Morocco, Zimbabwe and Liberia in Group K.

The favourite to navigate the group easily is 2022 Fifa World Cup-bound Morocco.

The North Africans made it to the quarterfinals of the Covid-delayed 2021 edition in Cameroon, before being ousted by runners-up Egypt.

As for Zimbabwe, coach Hugo Broos and his charges are well acquainted with the neighbouring nation after being in the same group with them in the recent World Cup qualifiers for Qatar.

Over the two legs, Bafana were held to a 0-0 draw in Harare, before edging the reverse fixture 1-0 in Johannesburg.

“It is clear that Morocco is the best team in our group. They were in the Afcon in January, they were eliminated by Egypt and they are a very good team,” Bafana’s Belgian coach said in reaction to the draw.

The North Africans have several players based in Belgium and Broos said he knows players – such as Gent winger Tarik Tissoudali and Selim Amallah, who plays for Standard Liège – very well.

“I know this team [Morocco] very well. If we want to be first in our group, we have to beat Morocco. On the other side, there is Zimbabwe. We played against Zimbabwe during the qualifiers for the World Cup.

“We know them very well – we played two times against them last year. They are a tough team. But this is a team we have to beat [if we are to qualify]. We are better than we were a few months ago. If we can beat them twice, it will be a very good [outcome] for us,” said Broos.

Liberia, the third and final member of South Africa’s group, are likely to be the team that all the other sides will be eyeing maximum points against.

The Lone Stars have won just one of their past five fixtures. Moreover, they have only qualified for just two Afcon competitions, featuring in 1996 and 2002.

“Liberia is a team I don’t know. I don’t know the players. So it is up to us in the coming weeks to look at their games,” Broos said.

“They are [on paper] the weakest team in the group. But it is always dangerous to underestimate an opponent.  So, for that, first of all, we are going to look at their games, their last few games, see how good they are.

“If we look at this group, first of all Morocco are the best team, Zimbabwe, our neighbours, very tough games [against them], and Liberia normally are the weakest team.”

Meanwhile, defending champions Senegal were drawn in Group L, with Benin, Mozambique and Rwanda. The path should be a simple one for them to make it to Ivory Coast for their title defence.

Recent runners-up and record African champions Egypt will test their might against Guinea, Malawi and Ethiopia.

Hosts and two-time champions Ivory Coast are grouped with 2012 winners Zambia, Comoros and Lesotho. With the Ivorians already qualified as hosts, only one team from their group will book their ticket.

The South Africans missed out on qualification for the most recent Afcon edition, which took place in January and February 2022.

That disappointment marked the fourth time in 11 years that Bafana missed out on qualification for the biennial continental showpiece. Previously, they failed to qualify in 2010, 2012 and 2017. In 2019, they made it to the quarterfinals.

When he took over the Bafana hot seat, Broos said it was “non-negotiable” that his side should qualify for the 2023 Afcon, as well as the 2026 World Cup. He said his inexperienced side would use the qualification process for the 2022 World Cup to gain some much-needed experience.

“We will learn a lot and again we will do everything to qualify for the [next] World Cup, but, for me, the most important thing will be what happens after the World Cup, at Afcon and much further, the World Cup of 2026,” said Broos not long after his appointment in May 2021.

Bafana finished as runners-up in their group, behind Ghana. Despite accumulating the same number of points as the Black Stars (13), the South Africans lost out by virtue of having scored one less goal than Ghana.

The team’s most recent results show that there is much work still to be done. Bafana Bafana clashed with Guinea and France in March, being held to a nil-all stalemate by the former, before being bamboozled 5-0 by the French.

Broos hinted that he and his technical team will likely look to add fresh faces to bolster the team ahead of the Afcon qualification campaign kicking off in June. “It is a little early to tell if there will be other players, new faces from the start of the qualifiers; there are still two months to go. It is up to us again in the league to see many games in the next few weeks and to also watch the players who are playing abroad,” he said.

Although Bafana’s defence has improved under Broos, conceding just two goals in six games during their World Cup qualifying campaign, they have been blunt upfront. During the same qualification phase, they averaged a goal per game.

Broos said they would bolster their attacking options should they indeed bring in new faces.

“There are players we know, there are some other players. One is in Holland, for example – a striker. We saw his last game.

“So, we need to look again at other guys who are playing in Sweden. There we have to also look at their games and then decide if those guys can be with us in June. On the other hand, I have several weeks now to go in the league and to watch maybe new players and to try to have a very good team to start our qualifiers in June,” the coach said. DM168