He’s black in business – no, he isn’t joking, Leon Schuster has dug up Mr Bones 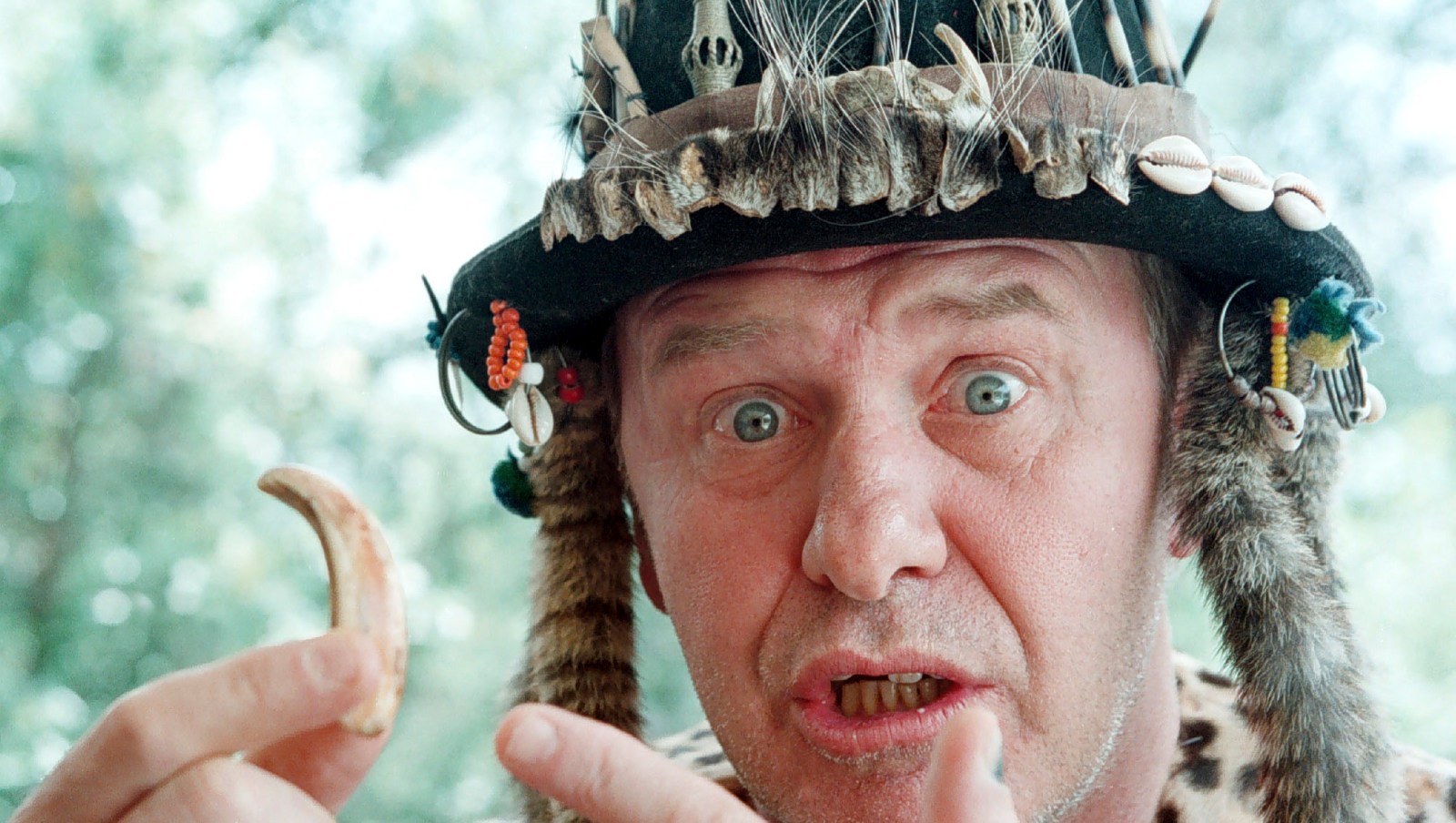 Leon Schuster is back with another addition to the 'Mr Bones' franchise. (Photo: Gallo Images)

Why would the powers that be resurrect the problematic ‘Mr Bones’ after 14 years? The reality is this: if any movie can bring South Africans back to cinemas in their numbers today, it is probably ‘Mr Bones 3’.

Almost a decade and a half has passed since Leon Schuster released one of his Mr Bones flicks – and yet, if you’d been in a coma since 2008 and awoke today, you might feel surprisingly at home. While hospital nurses readied you for release, you could turn on the TV news and see reassuringly familiar footage: crowds attacking foreign shopkeepers; Zuma’s lawyers arguing to a judge that their client is being unfairly prosecuted. And when you finally stepped out of the hospital into the sweet air of freedom, you might celebrate by heading to the nearest Ster-Kinekor and buying a ticket for Mr Bones 3. The sole reminder of the passage of time while you lay dormant might come when you are presented with the multimillion-rand bill for your cinema popcorn and Coke.

If you’re not familiar with the Mr Bones franchise, a brief recap – and there’s no reason to be anything but brief, because the narratives in question could be followed with perfect comprehension by, say, a fairly dim golden Labrador.

The films are set in the imaginary southern African kingdom of “Kuvukiland”.

Schuster stars as the title character, a sangoma whose Jungle Book-esque back story is that he ended up orphaned in Kuvukiland as a baby after a plane crash. The plots usually seem to involve golf, but mainly revolve around Mr Bones and his sidekicks foiling the plans of greedy foreigners while falling over and getting hit in the genitals a lot. The trailer for Mr Bones 3 is little more than a montage of pratfalls to a soundtrack of exaggerated slapping noises.

Importantly, the Mr Bones films do not technically feature Schuster in blackface. I say “technically”, because Schuster’s skin is not literally darkened. Yes, he does wear some version of what he considers to be a sangoma costume. Yes, he does speak in the same strange accent that some white men adopt when addressing black petrol attendants. But clearly in the view of the films’ creators, this does not amount to meeting the definitional threshold of blackface.

It is necessary to highlight this point because even Schuster himself has reluctantly agreed that blackface is racist, after making untold millions – enough for vast warehouses full of cinema popcorn and Coke – off films and candid camera sketches in which he did appear in full blackface.

His ideological conversion was startlingly rapid. In 2016, he defended the practice, telling EWN: “I don’t care about it because I don’t think it’s offensive.” By 2018, he told the Sunday Times that Twitter had informed him that blackface was “not on”, and he wouldn’t do it again because “it’s just racist”.

To reassure his most diehard fans that he had not come down with a terminal case of wokeness, however, the same 2018 interview also saw Schuster stress the point that he still intended to alchemise comedy gold from the rich material provided by “Cape coloureds”, because, direct quote, “I love the coloureds”.

But we’re getting distracted. The point is that Mr Bones 3 and its celluloid predecessors do not feature blackface, and therefore should be viewed as some of the more progressive entries on Schuster’s CV.

Schuster’s back catalogue has, in recent years, suffered much the same fate as a Mr Bones character getting hilariously whacked between the legs with a golf club.

Anyway, among the movies axed from Showmax in this cleansing purge were Mr Bones and Mr Bones 2.

Speaking to News24 at the time, Schuster’s long-time collaborator André Scholtz declared himself unsurprised. “Within the global political climate people are sensitive to these topics,” he said, adding: “Of course, now we’ll completely stay away from it.”

Exactly what “it” he was referring to there at the end is unclear: sensitive topics? Racist tropes? “Colonising laughter”, to quote from the title of a 2006 master’s thesis criticising Mr Bones? Whatever Scholtz meant, he didn’t “stay away” long: a mere two years later, he is credited as one of the producers of Mr Bones 3.

Why would the powers that be dig up the Mr Bones bones after 14 years and a much more widespread consciousness that Schuster’s comedies are a teensy bit problematic?

One suspects the answer may lie in the collapse of South African cinema during the Covid-19 pandemic, with box-office revenue plunging by more than R1-billion in 2020 alone, and Ster-Kinekor entering business rescue procedures in 2021.

It is not hard to imagine industry executives sitting around a doom-laden boardroom table, shoulders slumped with despair, until one brave soul dares to whisper what everyone else has been secretly thinking: “What if… we could get Leon Schuster to do another Bones movie?”

The room springs into action. On a whiteboard, a hastily scrawled list in two columns assessing the viablity of Mr Bones 3. “CONS: Racist; Twitter will hate it. PROS: Not technically blackface; Will bring in $$$$$$$$$$$.”

And, indeed, the reality is this: if any movie can bring South Africans back to cinemas in their numbers today, it is probably Mr Bones 3. The greatest threat the film faces is almost certainly not cancel culture, but cancelled credit-card culture: very few of us have a lot of money to throw around, and the price of a single cinema ticket is now equivalent to a month’s subscription to a streaming service like Netflix.

But, on the basic question of whether South Africans are still willing to watch a film like Mr Bones 3 in large numbers, a cursory trawl through social media points to the answer being: absolutely! For every critic suggesting the movie is the cinematic equivalent of a Cecil John Rhodes statue doing a Nazi salute, there is a South African of every race telling them to pipe down and enjoy the LOLs. Former DA leader Helen Zille was fond of saying that voters get the government they deserve; perhaps the same is true of domestic cinema successes.

Regardless, the pre-opening publicity for Mr Bones 3 seems to have missed a trick. Imagine a giant billboard over a busy local highway: “THIS EASTER… THE MOST EXTRAORDINARY RESURRECTION SINCE THE ORIGINAL ONE.” DM168