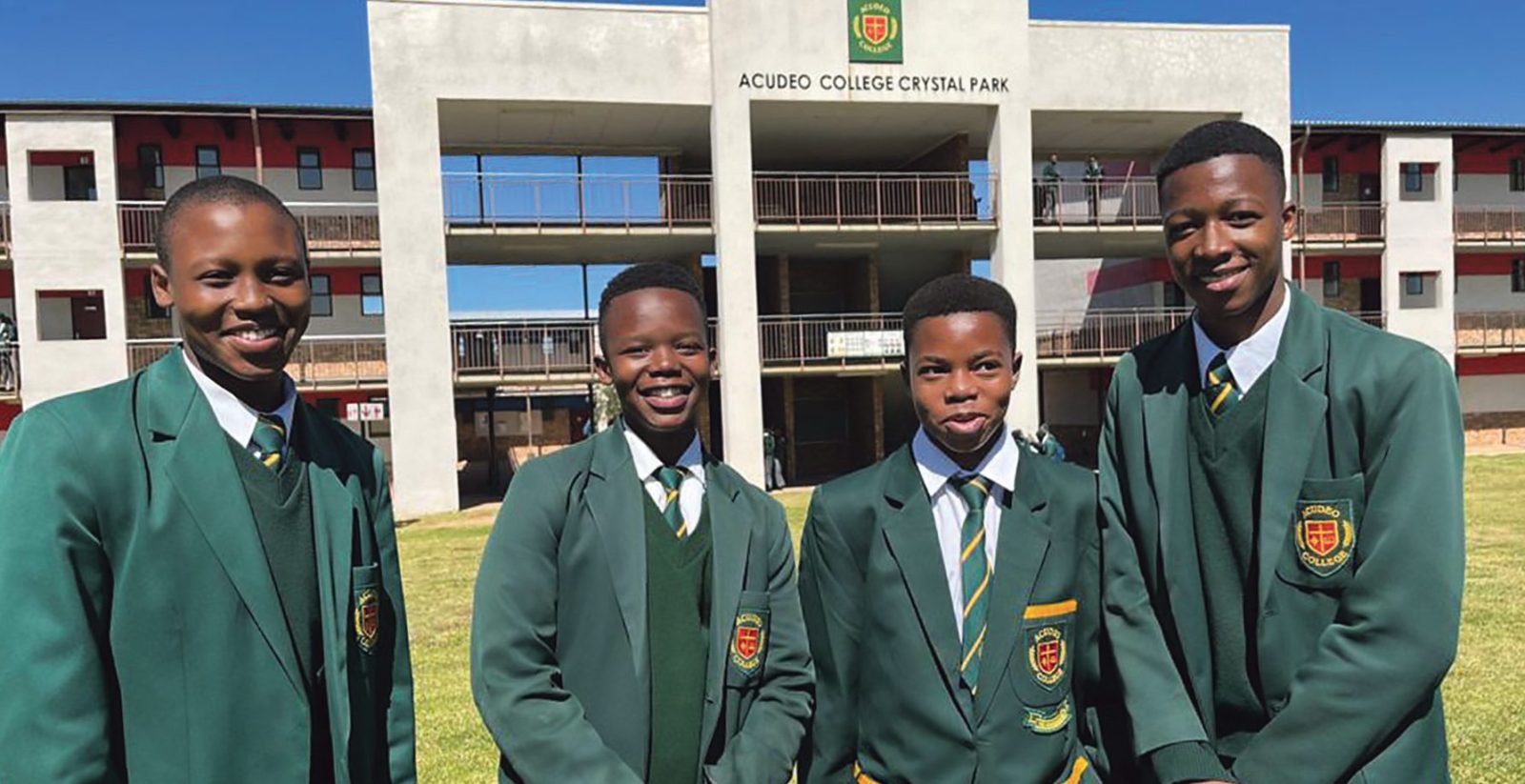 A high school in Benoni that aims to improve financial and mathematical literacy is well on its way with an extracurricular class aptly called The Boardroom.

Maths teacher Giba Mahlangu says the class, which takes place during break on Mondays and Tuesdays, is a platform to educate students about entrepreneurship, economics and current affairs. Each year, he also chooses a theme from history. Last year, the theme was hip-hop and all the teams that entered the JSE Investment Challenge had hip-hop-themed names. This year, the theme is Egyptian history and teams have shown up with Egyptian-inspired names such as Imhotep – the high priest of the god Ra and later hailed as the god of medicine. Other team names include Pepi I Meryre (an ancient Egyptian pharaoh) and Sesostris III (an Egyptian king).

Since first entering the JSE Investment Challenge in 2019 with 24 pupils making up six teams, the school has seen a rapid growth of interest in both The Boardroom and the Investment Challenge. Last year, Acudeo College Crystal Park teams performed well throughout the challenge, only to get pipped at the post by Mpumelelo Secondary School, Maritzburg College and Paul Roos Gimnasium.

“This year, we have our biggest group of entrants to date, with 21 teams of four members each, or 84 pupils. The whole school is buzzing with excitement around the competition,” Mahlangu says.

The biggest challenges the school has include access to data and load shedding. In fact, when DM168 interviewed him, both the journalist and Mahlangu had load shedding in their respective areas.

“There is access to the internet at school but this is restricted in the sense that the 22 computers we have in our computer centre are shared by the whole school. Internet access is also restricted and we have to get permission to access specific financial news websites. When it comes to load shedding, we just have to cope as best we can. It means The Boardroom sessions go back to the old-school methods of chalk-and-talk,” he says.

Edward Madubela of the Sesostris III team, which won the School Speculator category for March, says his team is set on winning the overall competition. “We’re off to a good start having won for the month of March, and we are participating for the second year now. Our lesson from last year is that if you focus and really persevere, you can achieve anything you want,” he says, adding that Thungela is his favourite stock right now, as it boosted the team’s investment portfolio significantly. Madubela’s teammates are Lathitha Mafika, Bulelani Mashinini and Botshelo Mwale.

Siyamthanda Sibeko of the Imhotep team, which won the Income category for March, says the team is currently very bullish on gold stocks. “We feel that the gold and mining companies are very reliable stocks so we have prioritised these stocks in our portfolio. Our strategy was to sell out of all our holdings to buy gold stocks, particularly in light of the war between Russia and Ukraine,” she says. The other members of the Imhotep team are Thabita Lesenyeho, Thabang Phahle and Amukelani Mathosi.

Principal Lynette du Toit says it has been inspirational to witness students creating their own futures and taking steps towards becoming entrepreneurs that will positively contribute to job creation in South Africa.