STALINGRAD: THE NEXT GENERATION 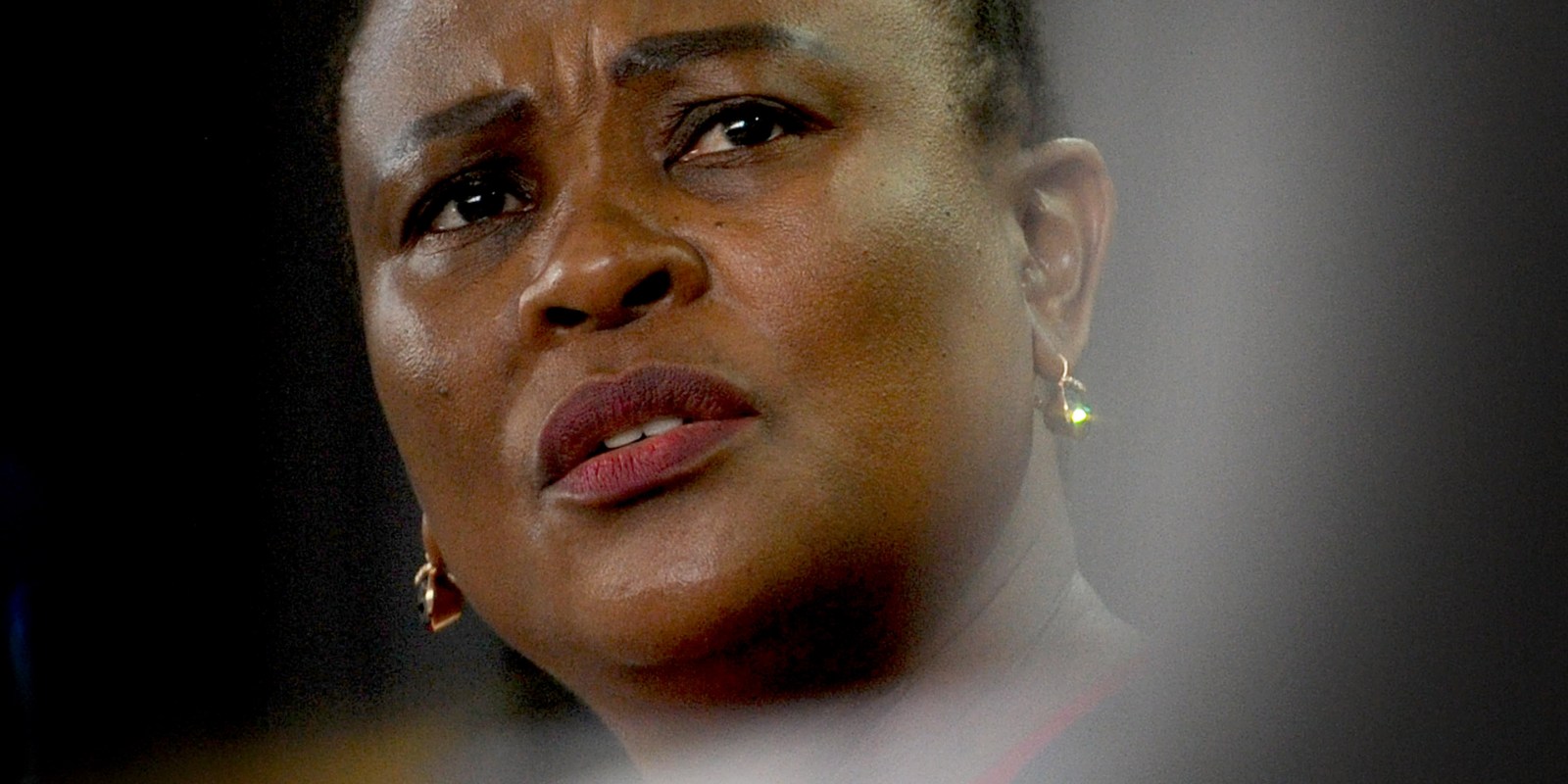 Public Protector could learn this week if she will be suspended. Her application to prevent an impeachment inquiry and suspension by President Cyril Ramaphosa will be heard in the Western Cape High Court. Steven Budlender, in heads of argument for the DA and in response to Mkhwebane’s application, termed her legal move 'an extraordinary one'.

While President Cyril Ramaphosa has given Public Protector Busisiwe Mkhwebane a “small undeserved victory” — according to advocate Steven Budlender for the DA — by agreeing to delay a decision to suspend her, matters are heading for a dramatic denouement.

Mkhwebane, in lodging a legal application against the President’s right to suspend her, said she was determined to serve out her term until 2023 and questioned the “rush” to “get rid” of her.

A loss of the court application by Mkhwebane in the coming weeks will compel the President to suspend her while her Section 194 impeachment inquiry by the National Assembly presses on.

Budlender, in heads of argument for the DA and in response to Mkhwebane’s application, termed her legal move “an extraordinary one”.

The Public Protector’s action to interdict the “core executive and legislative functions” was brought with one motive only, suggested Budlender: “For the applicant to avoid processes of accountability for her conduct.”

While the application was brought in the name of the Public Protector, “it is openly designed to protect the interests of the incumbent, not the office”, argued Budlender.

Mkhwebane had repeatedly been held by courts to be “dishonest and incompetent”, he added, but instead of “seeking to defend herself in the National Assembly she has tried and is trying every trick in the book to avoid accounting for her conduct”.

Her plan appeared to be “to delay the moment of reckoning” until her term expired.

“She will adopt every legal manoeuvre — plausible or implausible — to avoid accountability”, charged Budlender, adding that Mkhwebane’s current application fell into the category of “implausible”.

The only real basis the Public Protector had advanced for the application was that she had lodged a rescission application in the Constitutional Court.

The Constitutional Court confirmed findings of “dishonesty and incompetence” against Mkhwebane in 2019.

“This court cannot suspend the Constitutional Court’s order. And suspending the High Court order will not prevent NA [National Assembly] from acting.

“Even if this court could come to her aid, it will not do so because her rescission application is hopeless, and she will suffer no injustice if the NA continues its work,” argued Budlender.

The Public Protector’s attack on Ramaphosa was equally “implausible” as she sought to prevent the President from “even deciding whether to suspend her”.

“Tellingly,” said Budlender, “she never enters into the merits of whether she should be suspended — because she obviously should be. Instead, she says the decision is being taken too soon, and by the wrong person.”

Her claim that Parliament’s relevant Section 194 committee had not started its work “is patently inconsistent with the purpose of that provision”.

Mkhwebane sought “to subordinate the public good the provision is supposed to serve to her own personal interest in avoiding accountability for as long as possible”.

The President was not conflicted merely because the Office of the Public Protector was considering complaints against him, argued Budlender.

He highlighted that suspending Mkhwebane would not “make the complaints go away, nor is there any evidence that it will affect the outcome of the complaints”.

“No reasonable observer would reasonably fear the President was biased”, he said.

Even if there was “some merit to the claims”, these should be adjudicated if and when the President acted.

“Mkhwebane is not entitled to prevent the President from acting at all, which is what she is trying to do,“ he said.

The DA would ask the court to dismiss the application as Mkhwebane was “trying to use state funds to pursue her personal interests”.

“Independence without accountability is a licence for abuse of power.”

The Constitution provided that Chapter 9 institutions were ultimately accountable to Parliament.

“Now, a two-thirds majority is needed. But the power is still granted to the NA as the representatives of the people,” said Budlender.

If the National Assembly delayed considering “serious concerns of misconduct, incompetence or incapacity it would fail to perform its task of holding the Public Protector to account”.

Again, the Constitutional Court had confirmed that delaying impeachment proceedings “does not accord with the public interest in the finalisation of the important issues raised in this matter”.

Mkhwebane had “sought to leverage her abuse of the Constitutional Court to delay having to explain her conduct to Parliament”.

The Public Protector had argued that the Section 194 committee could not proceed with its work until her rescission application was complete.

“Luckily, the Speaker and the chairperson were not duped by her baseless threats, and committed to doing their constitutional duty to hold her to account. The committee has started its proceedings.”

Mkhwebane’s further “fire to fight”, said Budlender, was after the President had written “quite properly” informing her he was considering suspension under Section 194(3)(a) of the Constitution and asking for representations to be made.

Budlender said Mkhwebane “not only had to delay the impeachment hearing, she had to stay in office for as long as possible. As long as she remains in office, she can abuse public funds to fight her personal battles”, he charged.

As soon as she was suspended, “the tap that funds her profligate litigation will be cut off and she will have to herself bear the costs of abusing the court system”.

What the court needed to consider, Budlender contended, was an application that sought “to prevent organs of state from even taking decisions, or exercising powers, specifically assigned to them by the Constitution”.

For Mkhwebane also to have made the argument that the committee had not yet commenced its work was “bizarre”, said Budlender.

“Advocate Mkhwebane engages in a textualist, acontextual, and anti-purposivist interpretation of s 194(3)(a). She never once asks what purpose the provision is meant to achieve. Instead, she seeks to twist the language of the provision to serve her narrow self-interest.”

Judge Derek Wille is set to hear the matter. DM