Malaria on the rise — combating and eliminating it is... 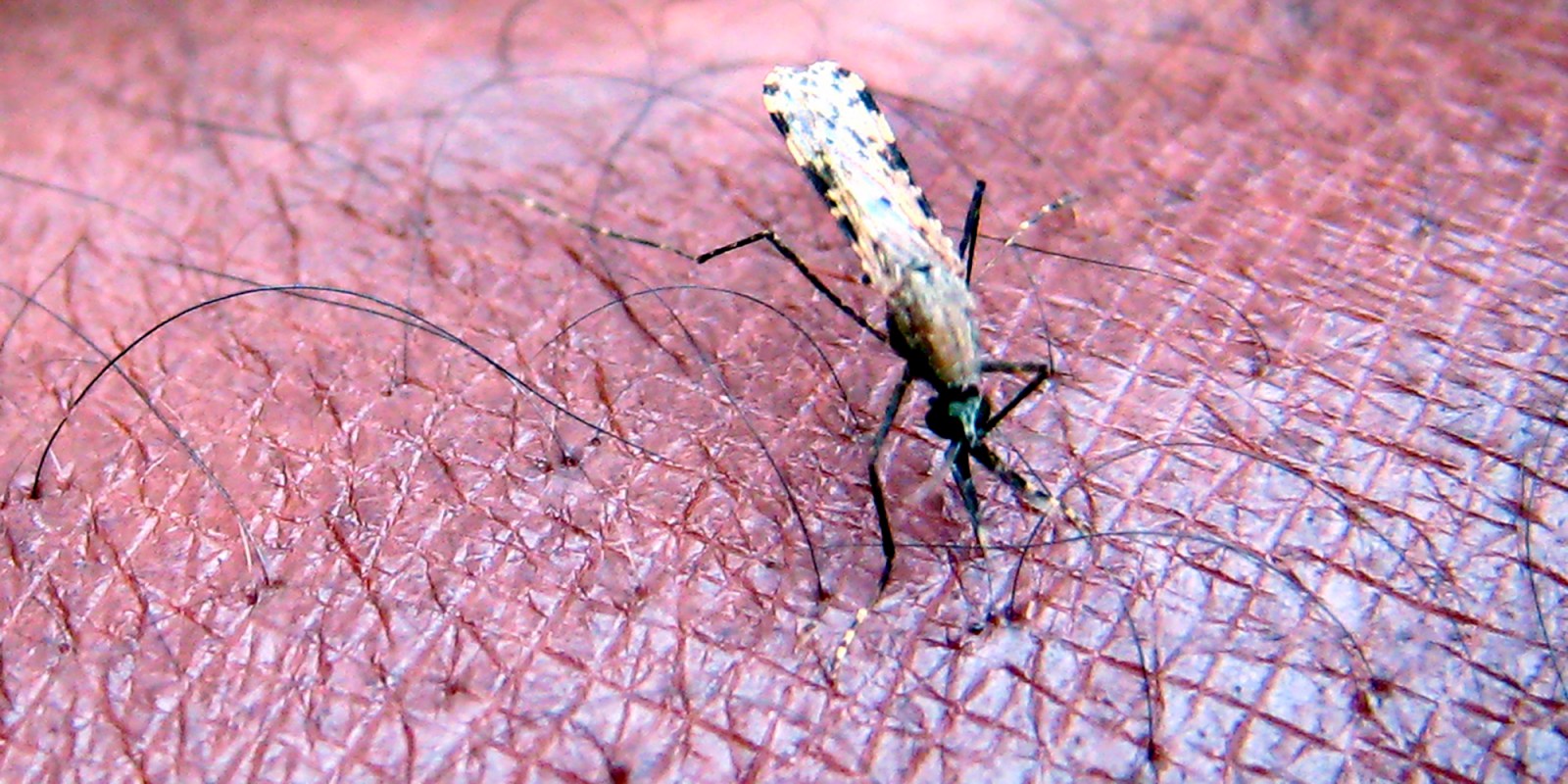 An Anopheles gambiae mosquito, a vector for the malaria parasite, draws blood while biting a researcher at the International Centre for Insect Physiology and Ecology (ICIPE) insect research facility in Nairobi, Kenya. (Photo: EPA / Stephen Morrison)

Malaria and its mosquito carriers are shapeshifters, with drug resistance, insecticide resistance, and changes in mosquito behaviour and species composition all adding to the complexity of fighting one of the world’s biggest killers.

The battle to eliminate malaria has been ongoing for decades, despite the advances and gains made in reducing the global malaria burden between 2000 and 2015. There were an estimated 241 million malaria cases with 627,000 malaria-related deaths worldwide in 2020. That is about 14 million more cases and 69,000 more deaths than in 2019.

Recently, progress has reversed, with a slow incline in cases and deaths being noted. New approaches are needed if we are ever to achieve the 2030 targets of the World Health Organization’s (WHO) Global Technical Strategy for Malaria — global reduction of 90% in case incidence and mortality, and elimination in at least 35 countries.

The WHO theme for World Malaria Day 2022 on 25 April is “Harness innovation to reduce the malaria disease burden and save lives.” For more than a decade, researchers at the University of Pretoria Institute for Sustainable Malaria Control (UP ISMC) have been looking into safer and more sustainable methods that complement existing malaria control measures while establishing new strategies that contribute towards malaria elimination through transdisciplinary research and innovation.

Why is malaria so difficult to control and eliminate?

Malaria is a challenging disease to control largely due to the highly adaptable nature of the malaria Plasmodium parasite and the Anopheles species vector mosquito. Effective tools and strategies are continuously being developed through research, but over time the parasites and vectors evolve ways to circumvent these tactics if constantly used incorrectly or in isolation, thereby rendering these tactics ineffective. A combination of tools and strategies is required to achieve sustainable control over malaria.

Malaria elimination is a whole different ball game and requires strategies that allow for rapid adaptation as new challenges are identified while maintaining control over the disease.

Once local transmission of malaria in an area is under control, then the focus shifts to constant prevention of the re-establishment of transmission in the area. The main strategies behind malaria control over the years have been the use of drugs to kill the parasite and preventing the bites of the female mosquito vectors.

The UP ISMC focuses on the human, parasite and vector aspects when addressing malaria control and elimination challenges, and is already making tangible contributions towards mitigating malaria through approaches including:

Control programme managers must be able to make rapid assessments based on available data and adapt accordingly for elimination strategies to be successful. Management and leadership training is considered a key action towards reaching malaria elimination targets.

The UP ISMC, in collaboration with the Gordon Institute of Business Science and other strategic role players, is helping to build leadership and management capacity in the national malaria control programmes of eight SADC countries through an annual leadership and management course. The course’s first year is starting on 26 April 2022, with more than 50 participants from five of the eight countries (Eswatini, Namibia, South Africa, Zambia and Zimbabwe).

There have been global reports of artemisinin resistance, most recently in Rwanda and Uganda, which is considered a major threat to malaria control and elimination, especially in sub-Saharan Africa.

Artemisinin resistance is a delay in parasite clearance after treatment with artemisinin monotherapies or artemisinin-based combination therapy. Drug resistance can occur due to the overuse of antimalarial drugs for prophylaxis, incorrect or incomplete therapeutic treatments of infections, high levels of parasite adaptability, and a huge propagation rate that allows for rapid emergence of certain populations.

Current antimalarials target the asexual parasite stages responsible for the symptoms of the disease, but these drugs are not good at targeting the sexual stages of the parasite that are transmitted between humans and mosquitoes. The University of Pretoria has the only test centre globally searching for chemical compounds that are able to kill both of these parasite stages simultaneously, according to Prof Lyn-Marie Birkholtz, who is heading the platform.

These compounds can be combined with current antimalarials to treat patients and block transmission, thereby contributing to malaria elimination.

The necessity of vector surveillance has become more apparent with the increase of insecticide resistance to existing malaria indoor control tools, as well as changes in mosquito behaviour and species composition. With the successful control of indoor feeding primary vectors, exophilic (outdoor feeding) species and altered behaviour have led to a concern of increased outdoor biting and infection.

Researchers at the UP ISMC are doing constant vector surveillance in the Vhembe District of Limpopo, the area of South Africa with the highest malaria prevalence. Data is shared with the Limpopo Provincial control programme to aid in programme efficacy and efficiency.

The researchers are also looking into novel and innovative complementary tools required to address the altered behaviour of mosquitoes to prevent transmission.

These three approaches are just some of the research and innovation occurring within the UP ISMC. A public health seminar elaborating more on the three approaches will take place on 6 May 2022. For more information go to www.malaria.up.ac.za DM

Professor Tiaan de Jager is director of the University of Pretoria Institute for Sustainable Malaria Control (UP ISMC), and Dr Taneshka Kruger is senior researcher at the institute. World Malaria Day is commemorated annually on 25 April.