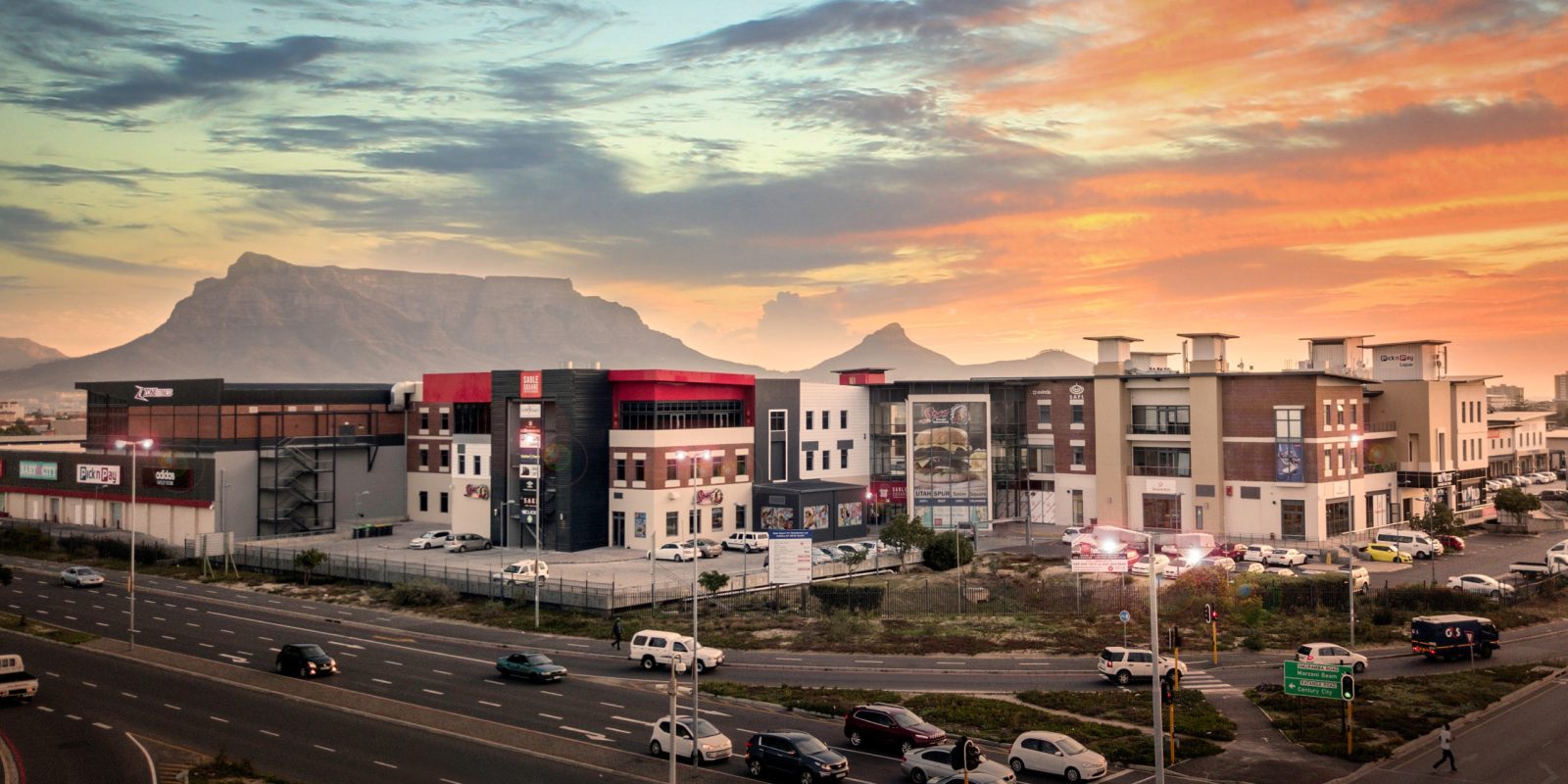 Sable Square Village in Milnerton, Cape Town. It is estimated that the commercial property industry lost in the region of between R6-billion and R8-billion in rental income over the early Covid-19 lockdown period. (Photo: Supplied)

Results from JSE-listed property companies including Growthpoint Properties, Hyprop Investments and Redefine Properties suggest that rental growth rates for office and retail properties have not recovered to pre-pandemic levels.

Life is returning to pre-Covid-19 days. There are almost no lockdown restrictions in South Africa any more. The easing of restrictions is drawing workers back into the office. And shopping activity and footfall at malls across the country are starting to recover.

When Covid-19 hit South Africa in early 2020, most property pundits predicted that office buildings and shopping malls would be the hardest hit. This is because many companies were forced to embrace the work-from-home experiment, making the office redundant, and the failure of retail businesses would lead to vacant spaces at malls.

Two years into the pandemic, the prediction has somewhat rung true because office buildings and shopping malls have high vacancy rates and landlords are battling to find tenants. And if landlords find tenants, leases are being concluded at lower rental rates.

Recent results and operational updates from JSE-listed property companies including Growthpoint Properties, Hyprop Investments and Redefine Properties suggest that rental growth rates for office and retail properties have not recovered to pre-pandemic levels. The three companies are also forced to take haircuts in rental rates when leases come up for renewal with existing tenants.

Given the size of their portfolio of investments in the retail and office market, Growthpoint, Hyprop and Redefine are considered a barometer of the property industry’s health.

Rental reversion is a metric used by property industry market watchers to determine the movement in rentals in the retail or office sector. The first prize for property companies is for rental rates to grow because they can generate higher rental income, pay company expenses (such as debt) and distribute higher dividends to investors.

Growthpoint, Hyprop and Redefine have all reported negative rental reversions, meaning their leases are being concluded at lower rates when they come up for renewal. The decline in rental growth is more severe in office properties than retail properties. 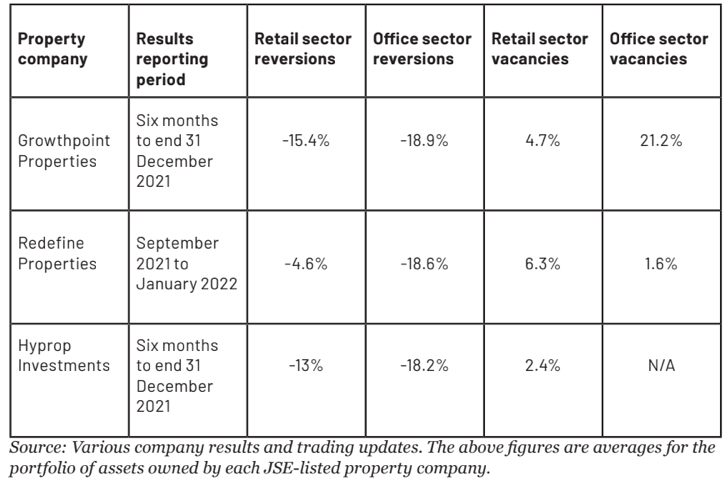 Those days are gone, says Growthpoint Properties CEO Norbert Sasse, who said the market currently favours tenants over landlords, as the former can negotiate discounts on rental rates and sign short leases. And for landlords, it is better to negotiate with a tenant than risk losing them to a competitor and having a vacant space, which is costly.

Sasse said, as long as South Africa’s economy remained weak, load shedding persisted and the unemployment rate reached new highs, pockets of the property industry would remain in the doldrums.

“Yes, the economy has reopened, people are shopping and travelling again, and employees are returning to the office. So everyone is feeling a bit better about life in general,” he said. “But we don’t have a real sense of optimism about South Africa’s economy and we certainly can’t say that every aspect of our local business has turned the corner.”

Even before the pandemic started, the office property sector was in trouble. There was an oversupply of office properties, as new buildings were completed by developers in recent years in business nodes such as Sandton and Midrand’s Waterfall City, and others. The glut in office space meant that tenants were spoilt for choice, resulting in downward pressures on rental rates.

The upside of lower and discounted rentals in the retail and office property market is that they are affordable for tenants, said Hyprop CEO Morné Wilken, which might encourage businesses to take up more rental space. At Hyprop’s results presentation, Wilken said that retailers that were planning to open more stores at its malls in the coming months included Zara, Starbucks, Birkenstock, Totalsports, Big Blue and Clicks Baby. DM168