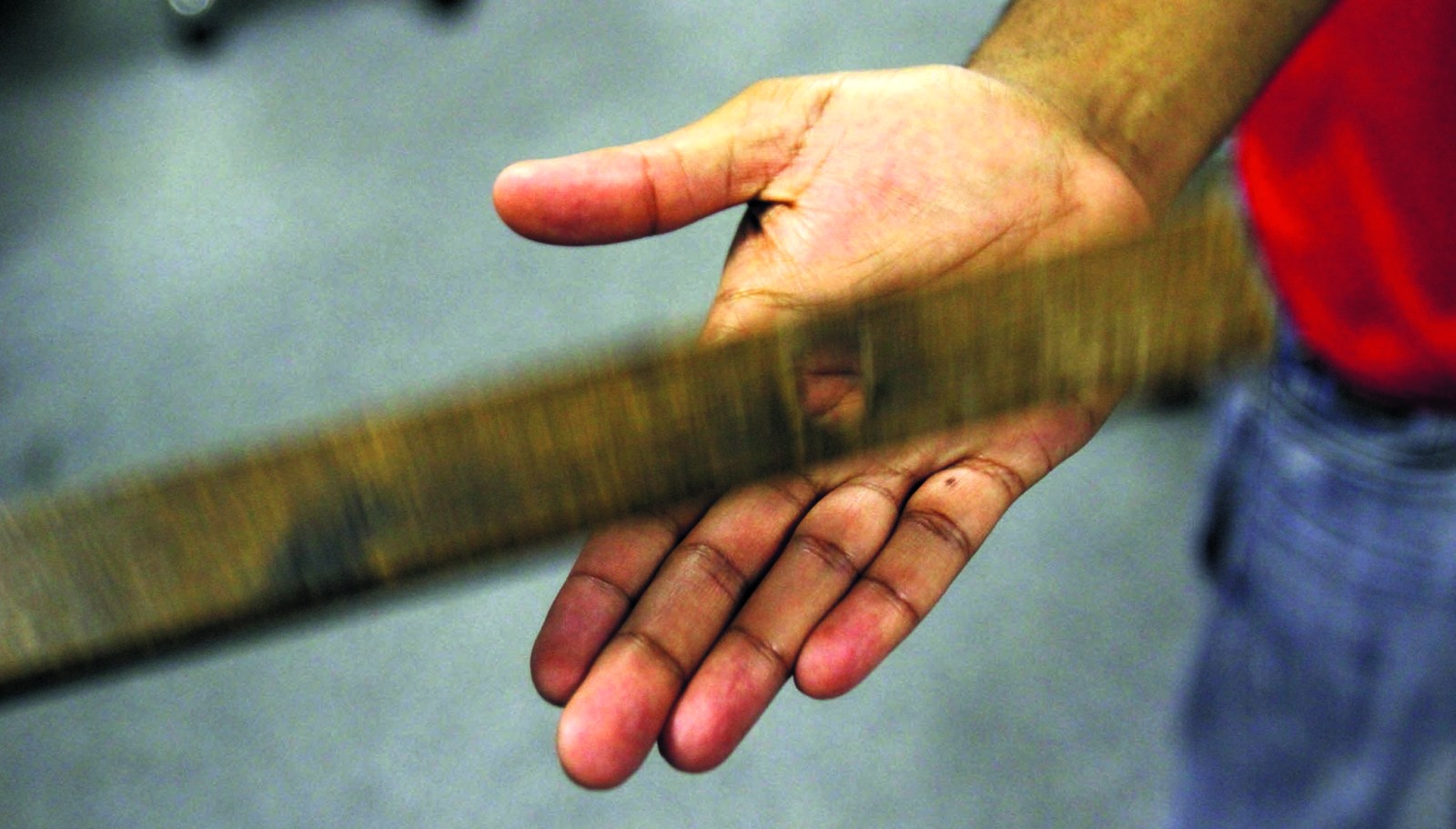 Maintaining discipline in the classroom is a complex issue, especially in South Africa, but corporal punishment will not solve the problem. (Photo: Gallo Images / Daily Dispatch / Mark Andrews)

There is no single cause of misbehaviour in school, and no one measure to ensure high levels of discipline. But teachers using corporal punishment only makes matters worse.

Maintaining discipline in the classroom is a complex issue, especially in the South African context, but the use of corporal punishment, which is any punishment using physical force, against children will not solve the problem. This is because, first, the use of corporal punishment does not stop pupils from acting out – evidence shows that it increases the likelihood of ill-discipline and is detrimental to their development. Most importantly, it is a fundamental violation of the rights of children, who are by all means one of the most vulnerable groups in society, and it is incompatible with the human-rights-based society envisaged by the Constitution.

Corporal punishment has been illegal in terms of the South African Schools Act since 1996, and the Constitutional Court confirmed its illegality in Christian Education South Africa v Minister of Education. It is also illegal for parents to use it in the home. From a legal, moral and practical perspective, there is no justification for teachers to resort to using violence as a means of discipline.

Therefore, while it is evident that teachers need to be supported in using methods of positive discipline in schools, they must also be held accountable when they commit acts of violence against children.

For this reason, SECTION27, representing the Centre for Child Law and the parents of two young pupils who were subjected to severe corporal punishment by different teachers, is taking the South African Council for Educators (SACE) to court to oblige the SACE to properly sanction educators who have used corporal punishment. The matter will be heard in the High Court, Gauteng Division, on 25 and 26 April 2022.

SACE is the professional body responsible for upholding the teaching profession and thus has a duty to ensure that the ban on corporal punishment is enforced through the proper sanctioning of teachers who use it. The first teacher in the case hit a Grade 2 pupil across the head with a PVC pipe, which caused physical and emotional trauma to the child. The second teacher struck a Grade 5 pupil across the face, which caused her to bleed from her ear persistently, even after medical intervention. This has also caused deep emotional trauma and, coupled with the need to miss school due to hospital admission and numerous doctor appointments related to the incident, it led to the pupil needing to repeat the grade.

However, despite the severity of the offences, both teachers in the case against the SACE received identical lenient sentences after having admitted to using corporal punishment. They were given fines of R15,000, R5,000 of which was suspended, which amounted to R10,000 payable over 12 months. Further, the teachers received suspended sentences of having their names removed from the teachers’ roll for 10 years, which would only take effect if they were found guilty of another act of misconduct. Essentially, this means the teachers were immediately allowed to continue teaching without any meaningful intervention to address their behaviour. It is therefore being argued in court that these sentences should be reconsidered.

What has further emerged over the course of litigation is that the SACE has been systematically applying lenient sanctions on teachers for the use of corporal punishment – regardless of its severity or the effect it had on the child. This is because the SACE has been applying sentences against teachers from a document titled “Mandatory Sentences”, which sets out specific sentences for corporal punishment that are shockingly lenient. It is therefore also being argued that the SACE must reconsider this document to ensure there are effective sanctions for the use of corporal punishment, including rehabilitative sanctions (such as anger management training) where appropriate.

As is evident from the above instances of corporal punishment, violence in schools severely affects the quality of education provided. Indeed, pupils exposed to violence in schools are more likely to perform poorly or even drop out. The importance of classrooms being safe spaces without any form of violence occurring is thus undoubtedly important for pupils to be able to obtain their education.

It is well documented that using force to punish children breeds hostility in them which can lead to acting out or, in some instances, becoming depressed. It also fractures the relationship of trust between pupil and teacher, which can be detrimental to their educational and personal development. Additionally, it teaches pupils that the use of violence against those less powerful is acceptable.

The ban on corporal punishment does not mean teachers cannot defend themselves against pupils when they are acting violently, as noted by the United Nations Committee on the Rights of the Child, there is a clear difference between “the use of force motivated by the need to protect a child or others and the use of force to punish”. Formal disciplinary processes against the pupil can begin thereafter, in accordance with the policies of the school, and the teachers should be offered any necessary counselling or other support. In some very serious cases, the incident may need to be reported to the police or child welfare.

However, before acts of violence even occur, schools should have in place proactive policies to prevent pupils from acting violently and manage potential incidents. This can be done by implementing the minimum requirements for school safety set out in the National School Safety Framework. These include establishing functioning and active school safety committees, developing adequate school policies that are consistently implemented regarding school discipline, formulating plans to reduce violence in schools, and conducting school safety audits to monitor the effectiveness of any plans implemented.

For their part, teachers must use positive discipline in the classroom to reduce misbehaviour. To use positive discipline, teachers need to be clear about what their expectations from pupils are, and reward positive behaviour. Where pupils have misbehaved, teachers can use non-violent measures that are ultimately aimed at helping pupils understand what they have done wrong. Such non-violent measures may include having a discussion with the pupil about their behaviour and why it is wrong. In this regard, it may be helpful for teachers to take a “trauma-informed” approach to discipline in the classroom. This means they need to recognise the impact a pupil’s domestic life may have on their behaviour in school. Children who are in abusive or neglectful situations at home need to be supported by teachers, rather than punished. Where disciplinary measures do need to be applied, this should always be done in accordance with a fair procedure set out in the school’s rules and must always be applied consistently and fairly.

There is no single cause leading to pupils misbehaving in school and, as such, there is no one measure that will immediately ensure high levels of discipline in school. A number of interventions are required, and a collaborative effort between teachers, parents, community members and pupils to address issues at schools, in the home and in society more broadly. Teachers unlawfully using corporal punishment only makes matters worse.

Teachers are largely aware that corporal punishment is illegal, yet about 7% of pupils reported having experienced corporal punishment at the hand of a teacher in the preceding three months in 2019. It is thus evident that the ban on corporal punishment needs to be properly enforced. For the SACE, this means properly sanctioning teachers when they use corporal punishment against pupils. Teachers need to use positive discipline to address and prevent pupils from misbehaving. In cases of serious misbehaviour, this should be addressed through a school’s formal disciplinary procedures. DM/MC

Mila Harding is a legal researcher at SECTION27.