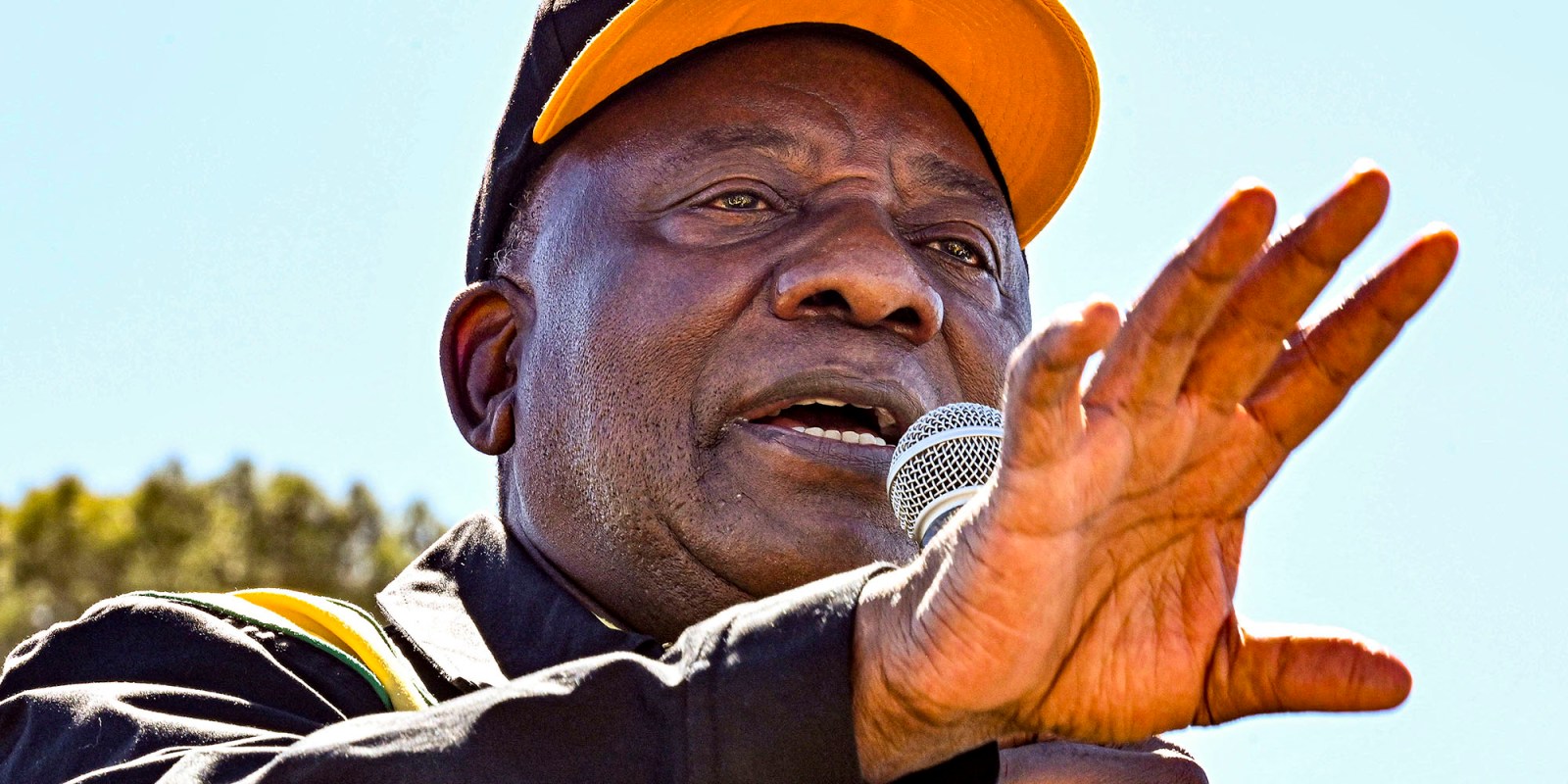 The ANC wants to renew its social compact with communities before the 2024 elections — so it is revitalising a volunteer campaign that Thabo Mbeki launched 20 years ago.

President Cyril Ramaphosa will get his hands dirty this weekend in Bloemfontein, leading a cleanup drive at a primary school in Turflaagte, before helping to fix potholes in the city where the ANC was founded 110 years ago. He expects party members and community volunteers to do the same and to keep it up until the 2024 elections.

Ramaphosa will launch the ANC’s Letsema Campaign in Bloemfontein on Saturday. It aims to renew the ANC’s social contract with voters, getting party members and local volunteers to address challenges in their communities.

At a press conference on Thursday, ANC spokesperson Pule Mabe said Ramaphosa would outline details of the campaign over the weekend. The party’s national executive committee (NEC) said in February that Letsema is “an important building block for the 2024 general elections and will see the ANC engaging with a broad spectrum of stakeholders beyond the confines of its structures”.

The ANC will announce monthly themes for the Letsema volunteer drive and will soon take the campaign to KwaZulu-Natal to help rebuild the province after the floods.

“In the ANC, we believe that our people can be able to advance their own democratic gains when they too play an active role in building the society they want,” said Mabe.

Mabe said the campaign could help unite the ANC behind the common goal of building “better and safer communities”.

“Now the Letsema campaign provides that kind of space for everyone who calls themselves volunteers of the African National Congress.”

The initiative appears to rehash the Letsema campaign launched by former president Thabo Mbeki in 2002. Reading the ANC NEC’s 2002 January 8 statement, Mbeki said the party should encourage people to “be their own liberators, of occupying the frontline in the popular struggle for the reconstruction and development of our country”.

“To help attain our goal, the membership of the ANC will celebrate the 90th anniversary of our movement, the ANC, by taking the lead in rendering voluntary service to the people, to recapture the community spirit of letsema, ilima. Historically, this spirit was fundamental to the strengthening of the cohesion of our societies. It encouraged cooperative effort and a collective commitment to the improvement of both the individual and society,” said Mbeki.

“While largely successful in demonstrating the willingness and capacity of the masses to act as the agents of their own community development, the campaign was implemented only sporadically after 2002. This could be attributed to a lack of national coherence and coordination, volunteer ‘fatigue’, and the shift of focus among ANC structures to preparations for the 2004 elections.”

The ANC has long spoken of getting back to basics and rebuilding its frayed relationship with voters. Deploying members to lead and coordinate local improvement projects is about as back to basics as it gets.

But beyond the photo ops of Ramaphosa picking up trash, the Letsema campaign will face obvious challenges that could undermine its ability to help reverse the ANC’s steady electoral decline.

The ANC’s 2002 Letsema campaign was criticised as an attempt to distract voters from the party’s failure to deliver on its promises. Some communities might baulk at being told to empower themselves to address challenges when local infrastructure such as electricity and water provision is crumbling and unemployment is at a record high.

That’s much more relevant today than in 2002. Can the ANC seriously mobilise society to collect trash when ANC-led municipalities are failing to manage refuse collection?

Then there’s the issue of the ANC’s own members. In speeches recently, former president Mbeki has focused on the quality of the party’s members, a common theme in its reports after membership numbers exploded.

“Many among our members see their membership of the ANC as a means to advance their personal ambitions, to attain positions of power and access to resources for their own individual gratification,” he told a gathering in December 2021.

Does the ANC have members who can mobilise volunteers and are dedicated to community upliftment? And even if they do, will communities join Letsema events while the party’s leadership at various levels is marred by scandal after scandal more than three years into Ramaphosa’s leadership?

Mabe said on Thursday: “The fact that we are now forging ahead with the renewal trajectory, that alone is a demonstration on our part of wanting to put forward, out there in society, a more renewed ANC, an ANC that focuses itself on the responsibility of leading society and making sure that its members serve the people better and work better for the people.”

The Letsema campaign is yet another test of whether the ANC can renew itself once again or at the very least avoid further electoral decline. DM