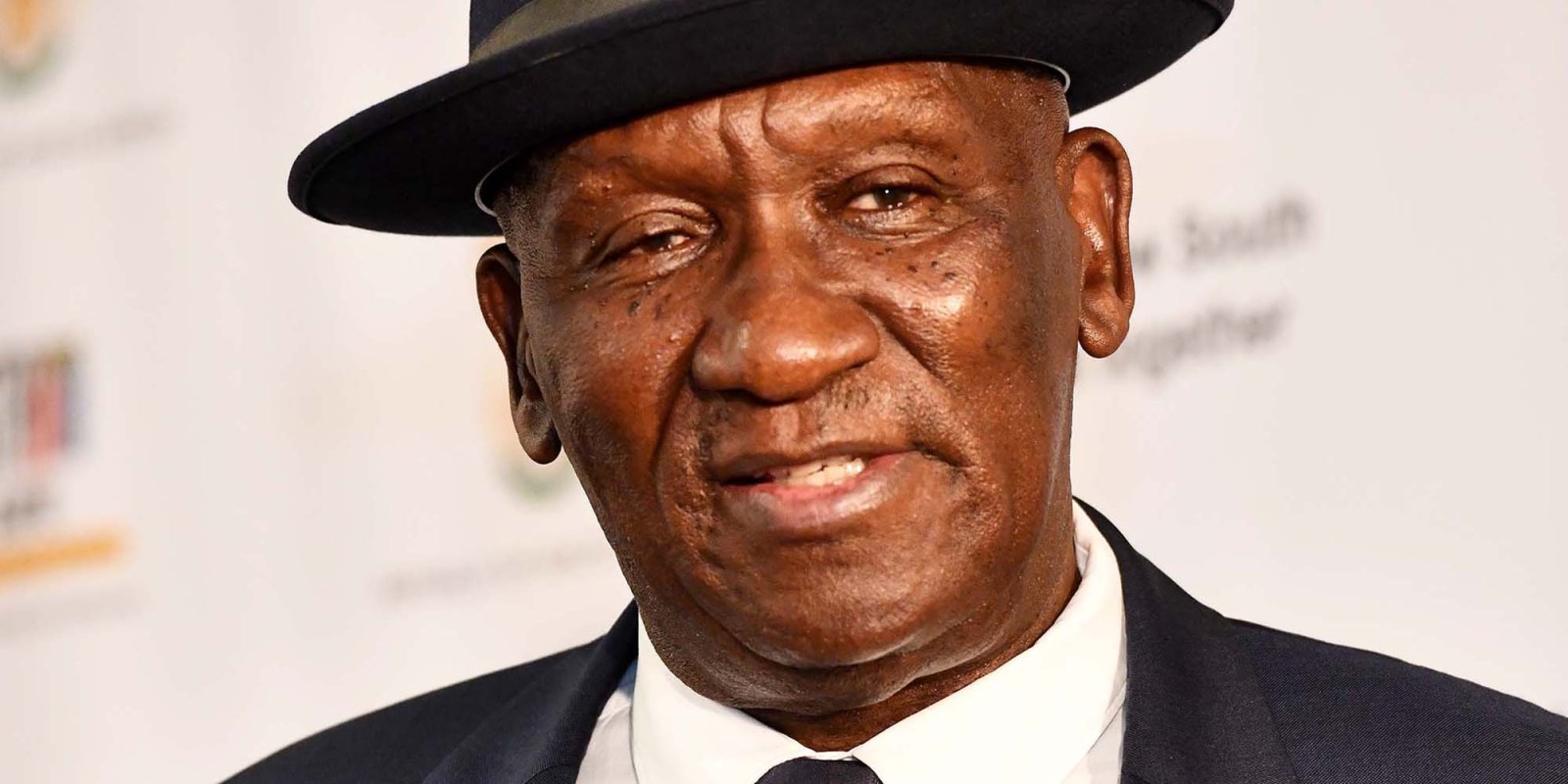 Minister of Police Bheki Cele addresses the media on 21 April 2022 about the government response to the KwaZulu-Natal floods that left hundreds dead and many more homeless. (Photo: GCIS / Jairus Mmutle)

‘To say the state took long to respond, I don’t know, maybe the person that has a problem took long to understand that the state has responded,’ said the minister.

Police Minister Bheki Cele denied on Thursday that the state had been slow in responding to the KwaZulu-Natal floods. At a Justice, Crime Prevention and Security (JCPS) cluster briefing, Cele said that when all the entrances and exits of Umlazi were blocked by floodwater, “There were about 50 kids who couldn’t get out of school. The provincial commissioner [Nhlanhla Mkhwanazi] spoke to the national commissioner [Fannie Masemola] who sent a helicopter. He also sent a helicopter from the Road Traffic Inspectorate.”

The minister said that Dr Imtiaz Sooliman, the founder of Gift of the Givers, had called him to ask for assistance in airlifting goods. These goods were airlifted in helicopters operated by the South African Police Service (SAPS) and the South African National Defence Force.

Cele said more than 4,800 personnel had been deployed to the province to assist with emergency relief efforts, including more than 3,000 SAPS members from Visible Policing, Public Order Police, Crime Intelligence, Tactical Response teams and  Search and Rescue teams.

“Visible Police and Public Order Police have been deployed to maintain law and order and prevent opportunistic crimes at identified areas in communities and business centres,” said Cele.

Speaking about “opportunistic crimes”, Cele said that in Umlazi, a Boxer store was “half looted”, while a Usave store in Umlazi “was saved by the police”. Fourteen people had been arrested for looting the Boxer store.

Cele said that to prevent looting, shopping malls in Umlazi, with private security, were working with the police.

The floods damaged infrastructure, displaced thousands and left hundreds dead. Cele said there were 435 deaths (revised from 448) related to the floods. Autopsies revealed that four bodies were the result of murder as they had been found with bullet wounds. Nine more people were determined to have died from natural causes not related to the disaster, said Cele.

“There is an unconfirmed number of people still unaccounted for,” he said.

The South African Air Force is providing air capabilities to assist with search and rescue efforts and the transportation of humanitarian relief equipment and goods. South African Navy divers are also part of the search, rescue and recovery effort.

“The Department of Home Affairs has largely escaped major losses to its infrastructure and as such, 76 of its 77 offices in KZN are fully operational. Only the Chatsworth office is not currently operational due to flooding, and a mobile unit was deployed there to offer services,” said Cele.

The Department of Home Affairs will assist with the replacement of lost documents at no cost.

The Department of Home Affairs is working with the City of eThekwini and the district municipalities of iLembe, Ugu and Umgungundlovu to identify those who need assistance.

From 8 April to 19 April, the Department of Home Affairs had helped 28,217 people in KwaZulu-Natal, said Cele.

“All these efforts are being expanded to the Eastern Cape and all other affected provinces. We remain vigilant and ready to respond in the provinces of the Free State, Limpopo and North West, where possible floodings are forecast.” DM