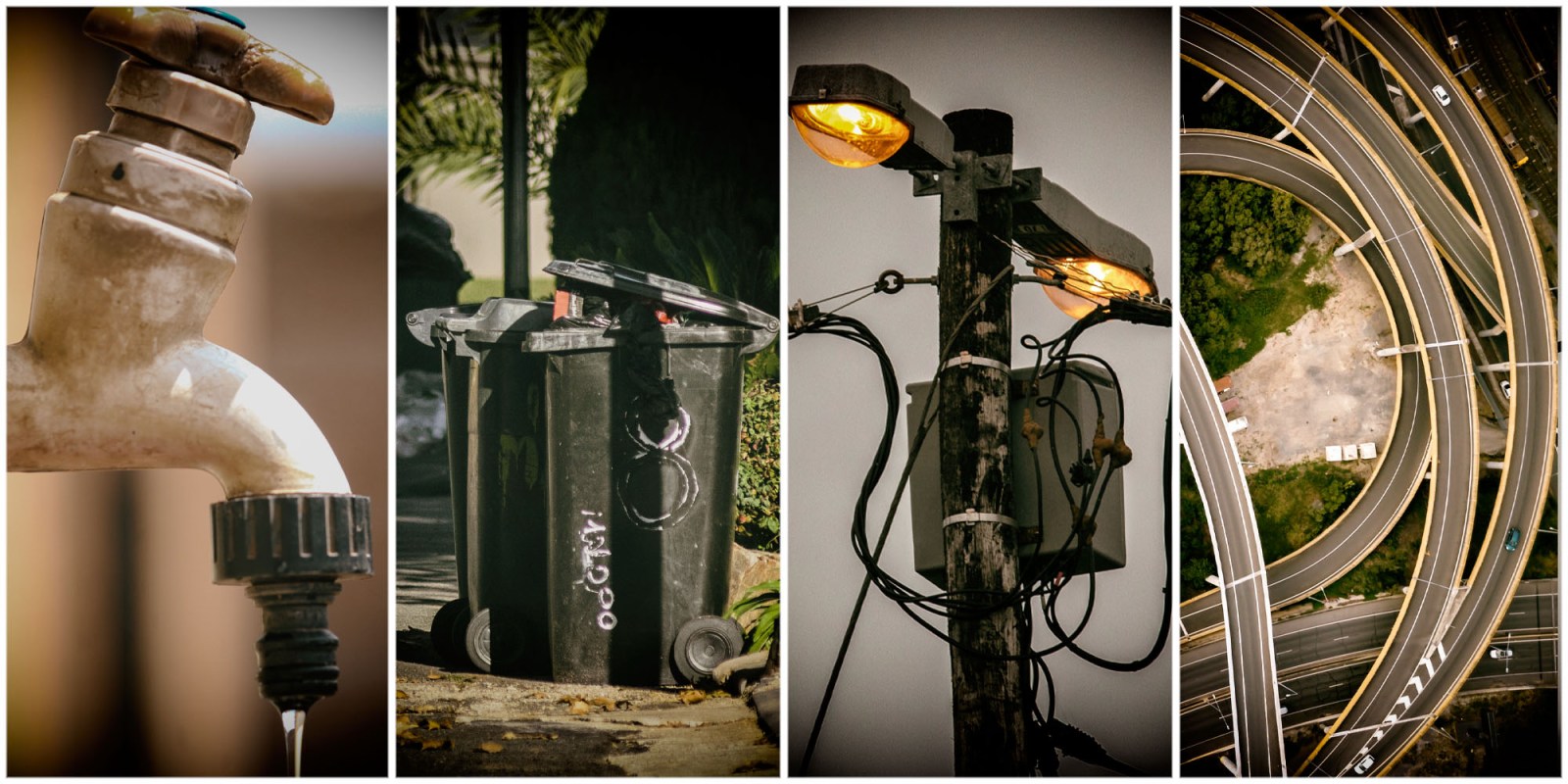 The latest report from the SA Cities Network is adamant that local government cannot turn around and improve on its own. The structure is fundamentally unsustainable. What is required is a joined-up, all-of-society approach.

The story of South African cities is in part good and in part bad, says Sithole Mbanga, CEO of the South African Cities Network, a not-for-profit organisation funded by SA’s cities. It has just produced the fifth edition of its State of the Cities Report.

The bad news is that in the past five years, the municipalities of Cape Town, Johannesburg, Ekurhuleni, eThekwini, Buffalo City, Nelson Mandela Bay, Mangaung, Tshwane and Msunduzi (Pietermaritzburg) have made limited progress in achieving their goals of becoming productive, inclusive, sustainable and spatially transformed cities.

In fact, they have been unable to translate their accomplishments into positive developmental outcomes and have not created a better life for all their citizens.

This is nothing new. For more than two decades, the SA Cities Network and others have reflected, analysed and advised on the challenges that underpin these shortcomings.

The good news is that despite growing populations and limited budgets, South Africa’s metros have maintained relatively high levels of service delivery in terms of basic services (water and sanitation, electricity, waste removal) and ICT infrastructure.

“There are things that local governments and cities have done that are good. The problem is, it’s not a holistic service, and that doesn’t make it a good story,” Mbanga says. For instance, he says, what’s the point of having access to electricity if that power is intermittent or too expensive, or if you don’t have water?

The state South Africa’s major cities are in now becomes even more alarming given that by 2050 the South African population is expected to grow by between 19 and 24 million people, many of whom will live in cities or towns.

Cities are crucial for development, with their performance in delivering basic services and positive development outcomes linked to the wellbeing of their citizens and, ultimately, economic development.

“With so much pressure on cities to perform, it is essential that adequate data and intelligence exists for cities to make better, more informed decisions, prepare better policies and plans, and measure and report on results against set goals,” he says.

Thus the South African Cities Network is absorbed with the need to collect adequate data and information on cities, to help inform and support urban governance. This is the impetus behind its State of Cities Report.

Of the cities measured, Joburg, Tshwane, Ekurhuleni and Cape Town — in that order — saw the greatest population growth between 2011 and 2019.

With the exception of Cape Town, all the cities measured managed to eke out marginal improvements between 2015 and 2018 when it comes to the number of households living in informal houses.

Yet, of all the cities measured, just Cape Town and Ekurhuleni managed to decrease unemployment between 2016 and 2020, again by a minuscule 0.2% and 0.5% respectively.

When it comes to access to basic services like electricity, water supply, sanitation and weekly refuse removal, the picture was mixed. Ekurhuleni was the only city to reflect an improvement in all respects, while Mangaung showed a decline in all respects.

But when it comes to air pollution, water pollution, littering and land degradation, an unacceptably high percentage of households in Joburg, Mangaung, Buffalo City and eThekwini are affected by poor service delivery. The other cities are not much better, with Cape Town the outlier.

When it comes to all-important maintenance, just one city — Johannesburg — has increased maintenance (as a percentage of operating expenditure). But again, the improvement is in tiny steps rather than giant strides.

Joburg increased its budget from 2.3% in 2009 to 6% in 2020 — Stats SA recommends 8%. In comparison, Mangaung, Maritzburg and Nelson Mandela Bay spend between 2% and 3% of their budget on maintenance — which will come as no surprise to citizens accustomed to broken infrastructure, poor roads and dilapidated buildings.

Sadly, despite their investment in transport solutions like the MyCiti buses, most commuters are paying more for transport than ever before.

This is probably because of the demise of Prasa, but also because the municipalities have been unable to unlock land to develop for low-cost housing.

Mbanga seizes on this point to illustrate the massive problem facing metros. “Local government is expected to do most of the work with half the toolbox,” he says.  The other tools sit with provincial governments, and the two don’t speak.

So, for instance, municipalities — which are responsible for urban development — struggle to get provincial government, and other institutions like Transnet and Correctional Services, to release pockets of land that can be used for low-cost housing in urban centres.

“If people lived closer to their place of work, they could spend their transport money elsewhere in the economy.”

Local government is allocated 9% of the public purse, while provinces receive 50% and national government 51%.

“Local government is the poor cousin that is expected to generate its own revenue. But if households are operating in the context of a poor economy — the responsibility of the national government — then how can they pay their rates and taxes? This is where the contradiction lies.”

Of course, he is not blind to the failings of local government, which can and should do better with what it has. It’s a sorry situation when service delivery at Buffalo City Municipality improves simply because the leadership of the city has stabilised and councillors have stopped throwing chairs at one another. Or when the worst-performing municipality in the group — Msunduzi — is given credit for still delivering some services because factionalism has brought operations to a virtual standstill several times over the past five years.

While the last report released by the SA Cities Network (in 2016) argued strongly for national government to put local government at the centre of SA development, this latest report goes further in suggesting that these efforts are being hamstrung by the lack of cooperation between the various spheres of government and other social stakeholders.

Thus the call for cooperative governance is motivated by an urgent need for South African cities to work effectively across all spheres of government and with other urban actors to develop effective collaborations and partnerships to deliver on their mandate.

“We cannot assume that government will change. We need an all-of-society approach. You cannot rely on one stakeholder to change the way government has been designed. It will protect its own interest,” says Mbanga.

“We need to call for a round of discussions or negotiations over what needs to change. Some of these discussions are not new — for instance, should we have provinces? But we know that we cannot leave these discussions to one stakeholder to initiate. It simply won’t happen.” DM