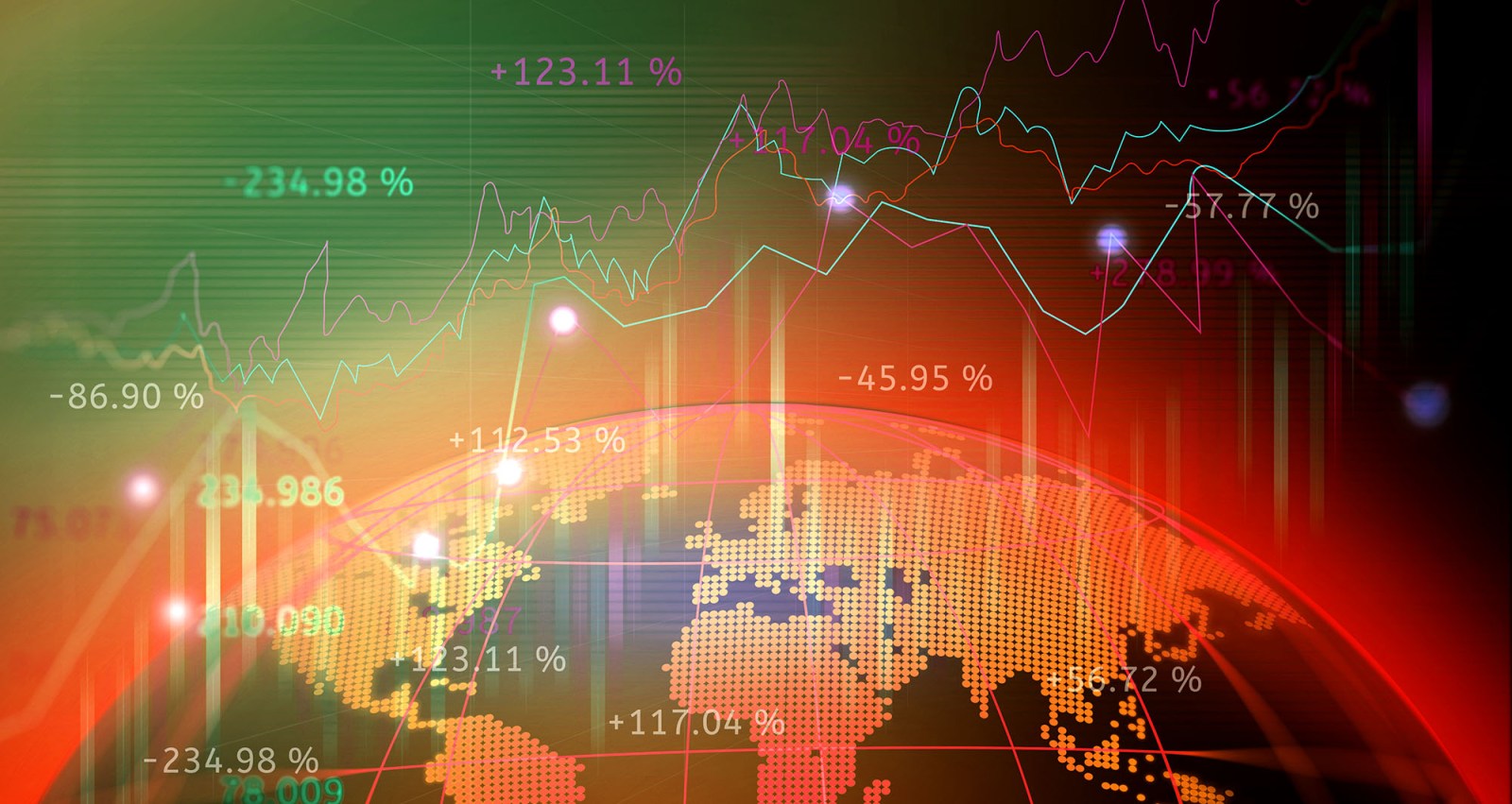 Economic forecasts for global growth are deteriorating markedly as the confluence of inflation, war and Covid-19 have an adverse impact on 2022 and 2023 potential growth rates and — in many ways — unquantifiably in the face of historically unpredictable outcomes.

The economic realities of the still-raging perfect storm consisting of inflation, war and Covid-19 are evident in a slew of recently published and increasingly dire economic assessments of global economic growth this year and next.

The latest is the International Monetary Fund (IMF) downgrading its economic growth forecasts across 143 countries which account for 86% of global GDP — from a 1.1 percentage point (ppt) downgrade to 2.8% for Europe this year as a result of the indirect effects of the war, through to China’s 0.4 ppt reduction in the IMF’s growth forecast to 4.4% this year, well below the Chinese government’s 5.5% growth target.

There’s a common thread that runs through the IMF’s latest world economic assessment and recent PIIE, WTO and KPMG global economic projections: adverse developments during the first quarter of the year, which are likely to continue to have an impact, will shave off more than two percentage points off 2021’s 5.8% estimated economic rebound.

Interestingly, although the IMF downgrade has prompted news headlines saying its growth forecasts have been slashed, its global growth forecast this year is ahead of the forecasts made by the others. The Peterson Institute for International Economics (PIIE) sees global economic growth at 3.3% in both 2022 and 2023, the World Trade Organization (WTO) announced this week that it expects world GDP to increase by 2.8% this year and pick up to 3.2% — downgrades from its previous 4.1% growth forecast for this year — and KPMG forecasts global GDP ranging between 3.3% and 4% this year and between 2.5% and 3.2% in 2023.

The markedly uncertain outlook — when we can expect inflation to peak, how long the Ukraine-Russia war will continue and whether Covid-19 outbreaks will die down or disappear — has prompted economists to consider a range of scenarios that could unfold, with downside risk predominating.

The IMF puts the war at the front and centre of the challenges the global economy faces this year and next. More worryingly, it raises the ultra long-term risk to the world economy of “a more permanent fragmentation of the world economy into geopolitical blocks with distinct technology standards, cross-border payment systems, and reserve currencies”.

With China’s first strongly worded support of Russia this week when Vice Foreign Minister Le Yucheng said China would “continue to strengthen strategic coordination with Russia for win-win cooperation, jointly safeguard the common interests of the two countries and promote the building of a new type of international relations and a community with a shared future for mankind”, that reality may be closer than we think.

According to the IMF: “Such a tectonic shift would cause long-run efficiency losses, increase volatility and represent a major challenge to the rules-based framework that has governed international and economic relations for the last 75 years.”

The WTO emphasises that, given the lack of hard data on the Russia-Ukraine economic impact, it had to rely on simulations for its growth forecasts. These included the direct impact of the war through infrastructure destruction and increased trade costs, sanctions on Russia and falling demand because of weaker business and consumer confidence in the face of rising uncertainty. For 2023, it anticipates growth (3.2%) to come in at close to the average rate of 3.0% between 2010 and 2019.

KPMG UK chief economist Yael Selfin says the outlook for the global economy over the next two years will largely depend on “how the conflict between Russia and Ukraine evolves”. The three scenarios it unpacks are:

However, Selfin emphasises that risks to its growth forecasts are skewed to the downside.

“It is possible to envisage that the conflict between Russia and Ukraine escalates beyond the report’s downside scenario, with cuts to energy supplies, for example, causing a significant disruption to production in parts of Europe. The Covid-19 pandemic is still causing shutdowns in major economies such as China, and a new wave could undo the progress in easing global supply chain blockages.”

Last year, supply chain issues were expected to ease into the first half of this year. However, Oxford Economics data show that is clearly not the case in the US and, with Covid-19 still prompting stringent lockdowns in China, global supply chain strains are unlikely to ease any time soon.

Oxford Economics’ US Supply Chain Checker declined for the second month in March. Oren Klachkin, the lead US economist at Oxford Economics, explains that the deterioration in supply chain conditions can be attributed to the rise in key energy and non-energy commodity prices and intensified logistics logjams because of the Russia-Ukraine war. In addition, Klachkin notes: “Plunging Covid cases in the US kept demand resilient which, alongside constrained supply, increased stress on the activity front.”

KPMG describes the supply chain challenges as a major immediate threat. “While shortages will impact every territory, we anticipate a disproportionate impact on some of the world’s poorest places and people, compounding long-term challenges for the planet’s collective recovery.”

Inflation and the associated policy decisions taken to combat it have been difficult to ignore since May last year — almost a year down the line — and initial expectations that it could prove transitory, largely because of unique Covid-19 economic dislocations, have fallen by the wayside and higher inflation has now become baked into policymaker, market and, increasingly, consumer expectations.

With US consumer inflation at 8.5%, its highest level since 1981, the biggest unknown is how much the fallout from the war will add to already high inflation pressures and for how long. Some economists expect US inflation to peak in March, while others, who believe the war will continue indefinitely, are seeing it as likely to be a far longer-lasting problem.

The IMF sees inflation as having become “a clear and present danger” and now expects inflation to “remain elevated for much longer”, increasing the risk of central banks tightening monetary policy more aggressively than already envisaged. It also warns that food and fuel prices could significantly increase the prospect of social unrest in poorer countries.

PIIE’s non-resident senior fellow, Karen Dynan, says a faster monetary policy shift is one of the most important factors that will moderate economic growth this year “in most countries”. KPMG expects global inflation to average between 4.5% and 7.7% — a wide range of potential outcomes — and for it to come in between 2.9% and 4.3% in 2023, suggesting some moderation, but depending on the evolution of the crisis.

Notwithstanding the mounting economic challenges, however, UBS’s base case is that a recession will be avoided for the following reasons:

The IMF’s World Economic Outlook highlights those countries most at risk of a deterioration in the three main threats hanging over the global economy, with Europe and heavily indebted developing countries most vulnerable to any downside scenario. DM/BM