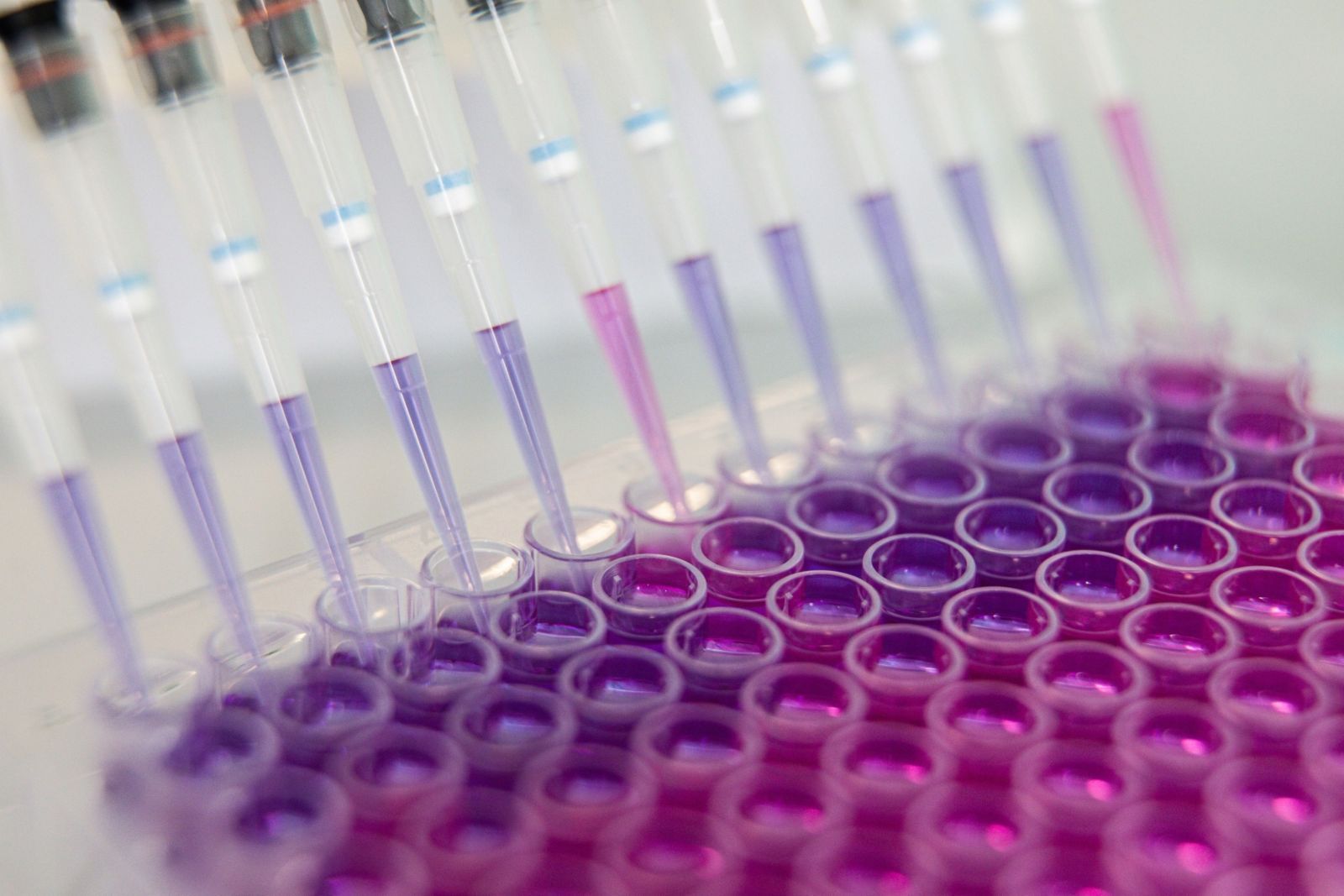 A lab technician uses a multichannel pipette dropper during the immune response analysis process of the coronavirus vaccine research at the Valneva SA laboratories in Vienna, Austria, on Thursday, Aug. 6, 2020. The U.K. has signed agreements to buy 90 million doses of vaccines in development by drugmakers including Pfizer Inc., BioNTech SE and Valneva SE, joining countries around the world racing to secure supplies of protection against Covid-19. Image: Bloomberg

LONDON/PARIS, April 14 (Reuters) - Britain approved Valneva's VLS.PA COVID-19 vaccine on Thursday, becoming the first European country to clear the use of the French firm's shot in a move that boosted its shares by more than 20%.

The go-ahead is the sixth COVID vaccine approval by Britain and comes even though London last September scrapped a 1.4 billion euro ($1.5 billion) deal to buy the Valneva shot, alleging the company was in breach of its obligations under the agreement – which Valneva denied.

The company said it was in discussions to supply up to 25,000 doses to the UK’s National Health Service and frontline workers in Scotland. It said talks over a settlement following the UK government’s decision to ditch its contract continued.

Announcing the approval, the UK’s Medicines and Healthcare Products Regulatory Agency (MRHA) said it was the first, whole-virus inactivated COVID-19 vaccine to gain approval in the UK, adding the shot met safety, quality and effectiveness standards.

However demand prospects could be limited in the UK given the vaccination rate is already relatively high, with about 73% of the population having had two doses and almost 60% having had a booster. The government is also rolling out fourth doses to the vulnerable and the elderly.

“The UK continues to have sufficient supply for its vaccination programme,” a Department of Health and Social Care spokesperson said.

Still, the regulatory nod is a boost for the company as the European Medicines Agency (EMA) assesses the vaccine for possible approval. The European Commission has signed an advance deal for up to 60 million doses.

Valneva’s stock jumped more than 20% to their highest since Jan. 5, helping recover ground lost so far this year amid uncertainty about the regulatory approval process.

“We believe that this new approval could … lead to additional marketing authorizations in other regions of the world,” Valneva chief Thomas Lingelbach said in a statement.

The vaccine is seen to have two main advantages – it can be stored at similar temperatures to those in a domestic fridge, and it relies on technology that has been used for decades, for instance in some shots against polio, influenza and hepatitis A.

The approach involves growing the virus in a lab, then rendering it completely inactive so it cannot infect cells or replicate in the body, but can still trigger an immune response.

It is seen by some as having the potential to win over people wary of some vaccines which use mRNA technology.

Rx Securities’ managing director Samir Devani said even after the mass roll-out, Valneva’s vaccine could still be useful if a new variant arises.

“The fact that it is available on hand is good news, although the exact revenue profile beyond the orders already received from the EU and Bahrain remains unclear,” he said.

Valneva said in March it expected a positive EMA recommendation this month and had begun manufacturing. It said it has inventory ready for labelling and deployment once it is approved there.

Earlier this year, the company said early data suggested three doses of its vaccine neutralised the Omicron variant of the virus.

By Natalie Grover and Sarah Morland.

(Reporting by Aby Jose Koilparambil in Bengaluru, with Benoit Van Overstraeten and Sarah Morland in Paris and Natalie Grover in London; Editing by Josephine Mason and David Holmes)