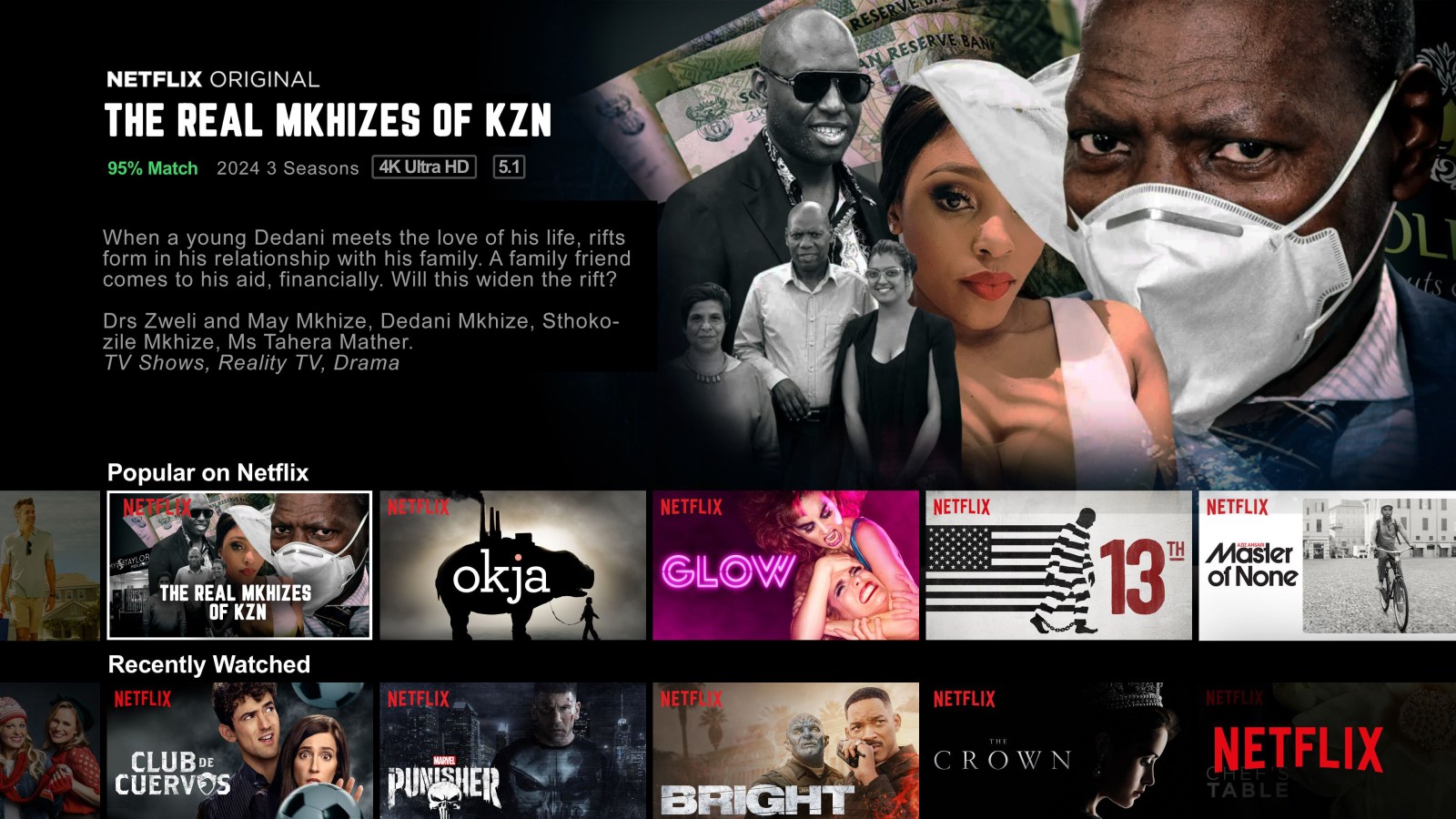 The Mkhizes are a beacon of light, one that must never be extinguished. It is time for them to light up our screens and the future of South Africa.

I trust this email finds you radically economically transformed.

As I write to you, it has been a couple of days since the Easter weekend, undoubtedly one of my favourite long weekends. I know you and your family are dedicated followers of the teachings of the Lord, so this must have been a big weekend for the Mkhizes.

However, this past Easter I joined you and all my fellow brothers, sisters, and gender non-binary believers around the world in commemorating your Lord’s sacrifice, with a weekend-long succession of high-fat high-carb meals; to crucify my liver as it were, so I could witness the miracle of its resurrection after three days. And indeed, my liver has risen from the dead and given me the strength to write you this email.

Let me begin by congratulating you on the very recent good news that Parliament’s Joint Standing Committee on Ethics and Members gave the rather excitable Special Investigating Unit (SIU) the middle finger and cleared you of possible conflicts of interest in that whole Digital Vibes drama, when your son received money from people who were contracted to the Department of Health while you were minister of health. This is literally the best news I’ve received all month.

I must admit, I’m still struggling to get my head around the committee’s reasoning, that according to Parliament’s code of conduct, once married, your son is no longer considered “immediate family”, which, in the committee’s opinion, made it okay for him to receive the money. It’s probably best I leave such complicated higher-grade stuff to the learned folks in Parliament anyway.

Surely our pals in Parly should be able to do something about this. That said, every cloud has a silver lining, and I sense a lucrative opportunity in the reality TV genre for you and your family. All I ask is that you hear me out Dr Minister, and forgive my forwardness. Based on the pictures we’ve seen online, many gullible South Africans might imagine that you have been blessed with a happy and close-knit family, but as we know, all is often not as it seems.

In fact, some late 2021 writings from Dubious Dedani have given me cause for pause. In response to an unkind article by one of Daily Maverick’s more unstable contributors, one Mr Myburgh, Dedani seemed to be airing some rather concerning private details of his relationship with you and his mother. Not to re-traumatise you, but I’m sure you’ll recall that Mr Myburgh’s article suggested that among other monies, your son received R300,000 from one Ms Tahera Mather, who was also the owner of Digital Vibes, a company contracted to the Department of Health.

While attempting to make it clear at the time that the 300k was just a gift, your Dedani wrote: “I have disclosed the benefit I received from Ms Tahera Mather which was an amount of R300,000 & cash that she had gifted me as someone whom I related with on a personal level… We had a friendship independent of Drs Zweli & May Mkhize.”

I really must be relating to the wrong people “on a personal level”. This bunch I call friends have never so much as scrounged up a measly R300 to gift me. Anyway, I’m taking notes and learning from your inspiring family. Still, I found the formal and rather cold way in which he addressed you, his parents, as Drs Zweli & May Mkhize, concerning.

Later in his response, he continued to hint towards an increasingly widening rift in your relationship, to the point where he wouldn’t even tell you if people that you regularly work with, that you are at the very least acquainted with, saw fit to give him a R300,000 gift: “I do not account to my father about my relationships & who I associate with, I have never had to discuss my association with him with Ms Mather up until this digital vibes saga when he was seeking clarity about the allegations on newspapers. It must be acknowledged that I am an independent adult who  is married & has a family of his own.”

I am sure that with prayer and time, your family would have been able to heal these rifts; but now, faced with unkind allegations, your Dedani has been forced to air your family’s lightly stained laundry. No matter; let us embrace this well-disguised blessing. Please allow me to pitch a reality series to Netflix based on your family’s journey towards healing. Audiences will totally relate! While it is a beautiful thing to see one’s children grow and start a family of their own, it is truly sad that some children use this moment to break away from their family of origin, as though they couldn’t be part of one big family. Not to say that this is his wife, Sthoko’s fault, not at all, but I have no doubt many viewers would love to watch and make up their own minds. I for one would binge-watch the whole thing in one sitting.

Perhaps as a subversive and cheeky subplot, we could go beyond intimate relationships and introduce a very local storyline about how Broad-Based Black Economic Empowerment (BBBEE) can turn into Fraudulent Friends and Family Economic Empowerment (FFFEE) if voters don’t hold leaders accountable. South Africans will eat it up, especially the poor and hungry ones!

The Mkhize name is a beacon of light, Dr Minister, a light we cannot allow to be extinguished; a hope for our future. You don’t have to comment on or confirm this right now; but yes, I have heard the rumours that you might be clearing the way to add another title to your name come December. A somewhat more… presidential title? *wink wink*. Perhaps this reality show might go a long way towards making that dream a reality. I know of at least one former reality star who’s made it to a certain white house, and I have a feeling that with the right TV show, you might just be going places too.

All I ask is that you give me a chance to pitch this with your blessing. If you wish, I am happy to use a relative of Ms Mather’s as part of the crew. Whatever you decide, know that I shall add your family to my prayer list at once, as prayer item No 1. Love and Light. DM/ML