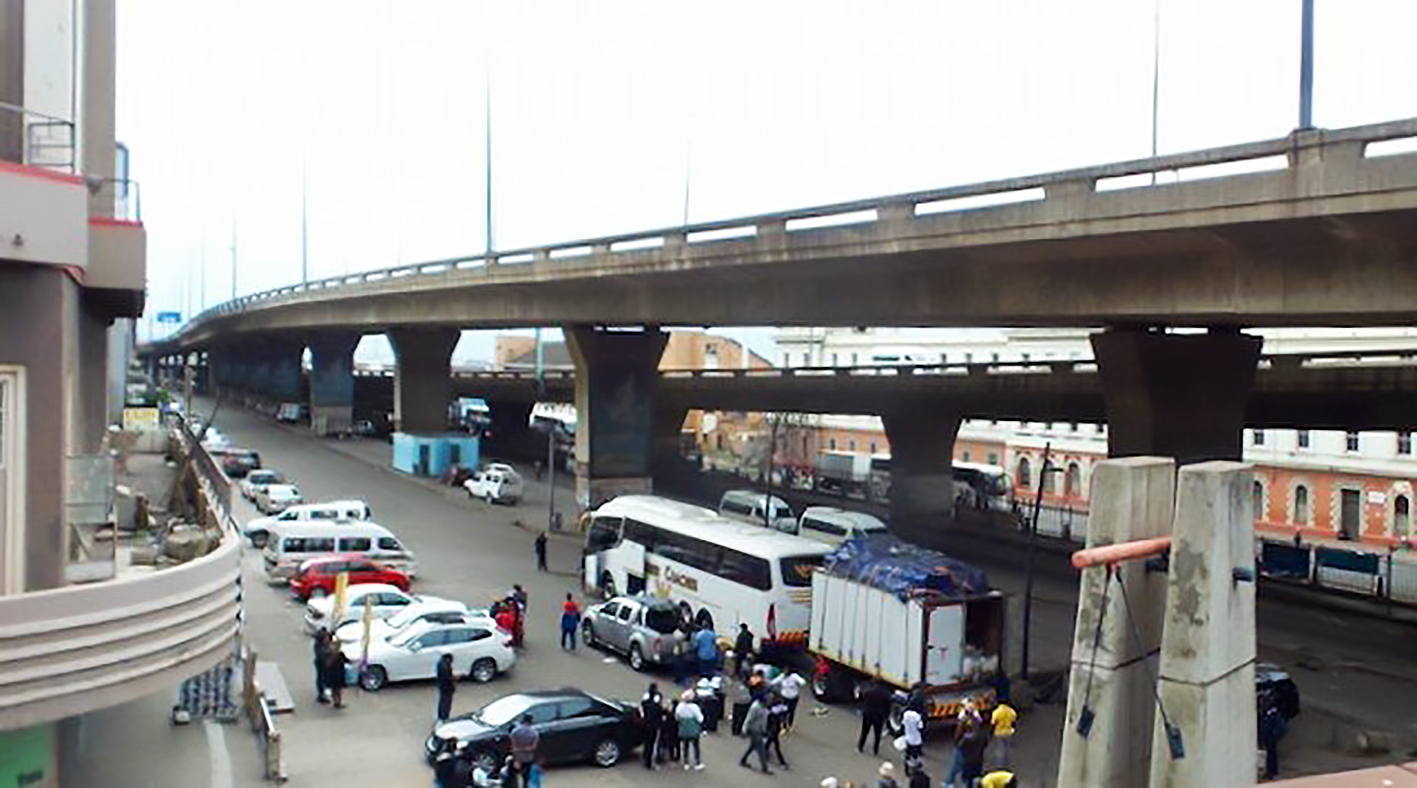 A bus headed for Zimbabwe being loaded on Saturday at Gqeberha train station. (Photo: Joseph Chirume)

Cross-border bus companies say they are seeing fewer passengers but a huge increase in the amount of luggage.

Fearing further xenophobic violence and facing an uncertain future with the scrapping of the Zimbabwean Exemption Permit (ZEP), many Zimbabweans in the Eastern Cape are repatriating their valuables.

Recent attacks in South Africa on immigrants by members of groups such as Operation Dudula, Dudula Movement and PutSouthAfricaFirst have spooked many immigrants. Recently, a Zimbabwean national, Elvis Nyathi, was beaten and set alight outside his home in Diepsloot. Nyathi was buried last week in Bulawayo with the assistance of the government of Zimbabwe.

Farisai Nyamadzawo has lived in Gqeberha for 15 years with her husband and their two children. She is a domestic worker. Her husband repairs washing machines. In March, they sent their household furniture and appliances to Zimbabwe by bus.

“I was afraid that I would end up losing everything. I paid R6,000 to transport two refrigerators, a four-plate stove, a set of couches and a washing machine.

“My children will go in December after schools close and they will not return. I and my husband will not relocate to Zimbabwe anytime soon because we are holders of the Zimbabwe Exemption Permit,” she said.

Kuda Munyoro is a general worker at a smallholding in Sea View with four Zimbabwean colleagues. He has been in the country for three years. His wife and child are in Zimbabwe.

Munyoro and his colleagues paid R12,000 for their furniture and goods to be loaded on a bus from Gqeberha train station to Zimbabwe.

“I am still weighing my options whether to go home for good or to remain here. I will apply for an asylum permit,” he said.

At least five bus companies operate cross-border trips to Zimbabwe every week. Most of the operators did not want to be interviewed.

Samson Chanetsa, owner of Red Lion Bus Company, said he had seen an increase in goods being sent to Zimbabwe. “We are carrying more luggage than passengers because people are afraid of falling victim to xenophobic violence. We used to travel with not more than 40 passengers per trip. We are now having a small number of travellers to Zimbabwe as people are spending more money on sending their luggage,” he said.

“We are charging the same prices on luggage we charged last year. A double-door fridge remains at R1,500. This is the same price we have been charging in the festive season,” he said.

A driver, who did not want his employer to be named or to be named himself, said, “Most of the time we go with less than 20 passengers … We are experiencing an unprecedented volume of luggage. That is where we are making our profit. However, due to stiff competition, we can’t increase the prices of luggage. We had to buy a larger trailer to accommodate more luggage,” he said. DM