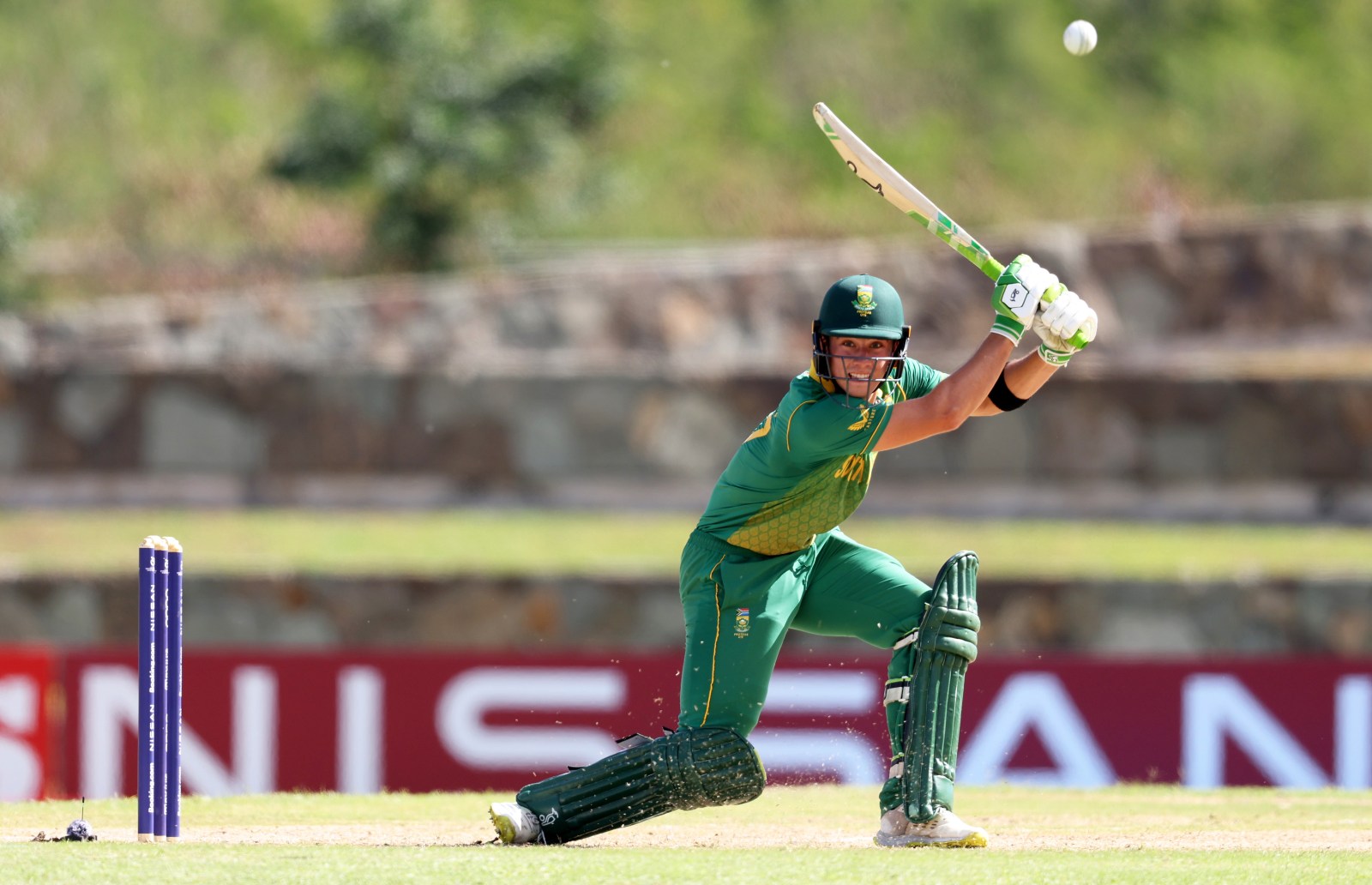 Dewald Brevis is one living up to the hype of being ‘Baby AB’ in the Indian Premier League, but it doesn’t mean he’s a certainty for the Proteas’ T20 World Cup squad later this year.

Eighteen-year-old batter Dewald Brevis was the talk of the 2022 Indian Premier League (IPL) before it started and he has lived up to the billing of being cricket’s brightest young talent.

Brevis first gained public attention as the star of the under-19 World Cup earlier this year for South Africa when he topped the run-scoring charts with 506 runs — a record number of runs at the tournament.

Despite having not crossed the half-century mark in the IPL yet, the Johannesburg-born teenager has captured the attention of the cricket-loving world with his explosive power-hitting, which includes a mammoth 112 metre six — the biggest in this year’s IPL, as well as his fearless approach against some of the biggest names in cricket.

Cricket South Africa’s convenor of selectors, Victor Mpitsang sung the praises of the young Brevis, owing his success to the CSA system that he has moved through.

“It’s always exciting… it’s all the pipeline and stuff, when a young player goes to number one in the under-19 World Cup and dominates the way he has, it’s always exciting to see a player playing that way and obviously it’s important for our pipeline.

“It was good to have seen him play in our domestic T20, even though he’s only played a few games there. The hype around him, the hype of being called ‘Baby AB’, and how he plays — fearless cricket — I’m very excited to see that talent coming through,” said Mpitsang.

Brevis has been a bright spark in a dull Mumbai Indians team that is yet to pick up a victory in their six attempts. After missing out on the first two matches, he has amassed 117 runs at an average of 29.2 in the next four matches batting at the all-important No 3 position.

What has been the most impressive feature of Brevis’s performances thus far is his scoring rate. Brevis is striking at 172.1 runs per hundred balls faced and has already struck eight massive sixes.

But the South African onslaught doesn’t stop with Brevis. The 15th edition of the IPL has been lit up by its South African contingent.

Forgotten man, Faf du Plessis, has taken over the captaincy reigns from Virat Kohli at Royal Challengers Bangalore this season and has led with distinction, both with the bat in hand and tactically on the field.

RCB is sitting comfortably at second on the table with five wins from seven matches. While with the bat, Du Plessis is fourth on the overall run-scoring charts with 25o runs with a high score of 96 off 64 deliveries scored against Quinton de Kock’s Lucknow Super Giants on Tuesday.

De Kock himself is in the top 10 run scorers so far this season with 215 runs in the seven matches he has played. Meanwhile, David Miller has been in sublime form for the table-topping Gujurat Titans.

Batting primarily at No 6 and playing as a finisher, Miller has accumulated 193 runs at an astonishing average of 96.5 thanks mainly to him only being dismissed twice so far in the tournament. The powerful left-hander has smashed his runs at a strike rate of 16.83.

“It has been really, really encouraging to be part of the Gujarat Titans and just know that I am 100% backed. We have a nice environment; we enjoy each other’s success and I think that goes a long way to doing well. But more importantly, it has been really nice to play every game,” said Miller after his man of the match performance, scoring an unbeaten 94 off 54 deliveries against Chennai Super Kings (CSK) last Sunday.

Aiden Markram has carried his magnificent 20-over form into the IPL, finishing games off well for the Sunrisers Hyderabad (SRH). Markram’s average is an astonishing 190 runs, due mainly to the fact that he has only been dismissed once. His 190 runs have come at a strike rate of 150.79 in six matches. The gifted middle-order batter has struck two half-centuries in the tournament to date.

The South African bowling contingent at the IPL has not been as successful as their batting counterparts though, mainly due to the conditions of the Indian pitches favouring spin bowling.

Punjab Kings superstar, Kagiso Rabada has, as usual, been the pick of the bunch, taking seven wickets in his five matches, however, his economy rate of eight to the over is a concern.

Dwaine Pretorius has had a decent start with the ball to his IPL career, having made his debut for CSK. The lanky allrounder has taken four wickets in his two appearances at an impressive average of 15.25. Pretorius has only had one opportunity with the bat, falling for a golden duck.

Makram’s teammate at SRH, Marco Jansen, has bothered opening batters with the new ball without always getting the results. He has only managed three wickets in his four matches at an economy of 7.38. The 2.09-metre tall allrounder has not had an opportunity to showcase his ability with the bat yet, thanks mainly to Markram’s excellent finishing of the innings with the bat.

With the T20 World Cup expected to take place in October and November this year in Australia, the excellent form of players in the IPL is encouraging.

However, it is not all that straightforward according to Mpitsang.

“The most important part that I need to clarify is that the IPL is a lovely tournament and I’m sure we’ll be looking at players and the way they’re playing in the IPL but also, you need to be cognisant of the fact that our T20 competition is just as important where guys are performing at that as well,” said Mpitsang.

“All in all, we are definitely looking at that (the IPL) but the starting point is guys that have played locally and have played in our domestic system as well. It’s a whole broad picture that we look at players.”

With that in mind, Mpitsang and his selectors have chosen a strong South Africa ‘A’ side to tour Zimbabwe for three one-day internationals and five T20Is later this month.

“It’s going to be an exciting few weeks in Harare, the National Selection Panel and I selected our best up and coming players and balanced them with the experience of some of our Proteas to show just how seriously we take this tour.

“The CSA High-Performance programme is an important part of the organisation’s pipeline and game time is vital for this programme to succeed.

“We are really looking forward to watching these matches and seeing what this team of talented players under the leadership of Heinrich Klaasen will bring to the table.” DM