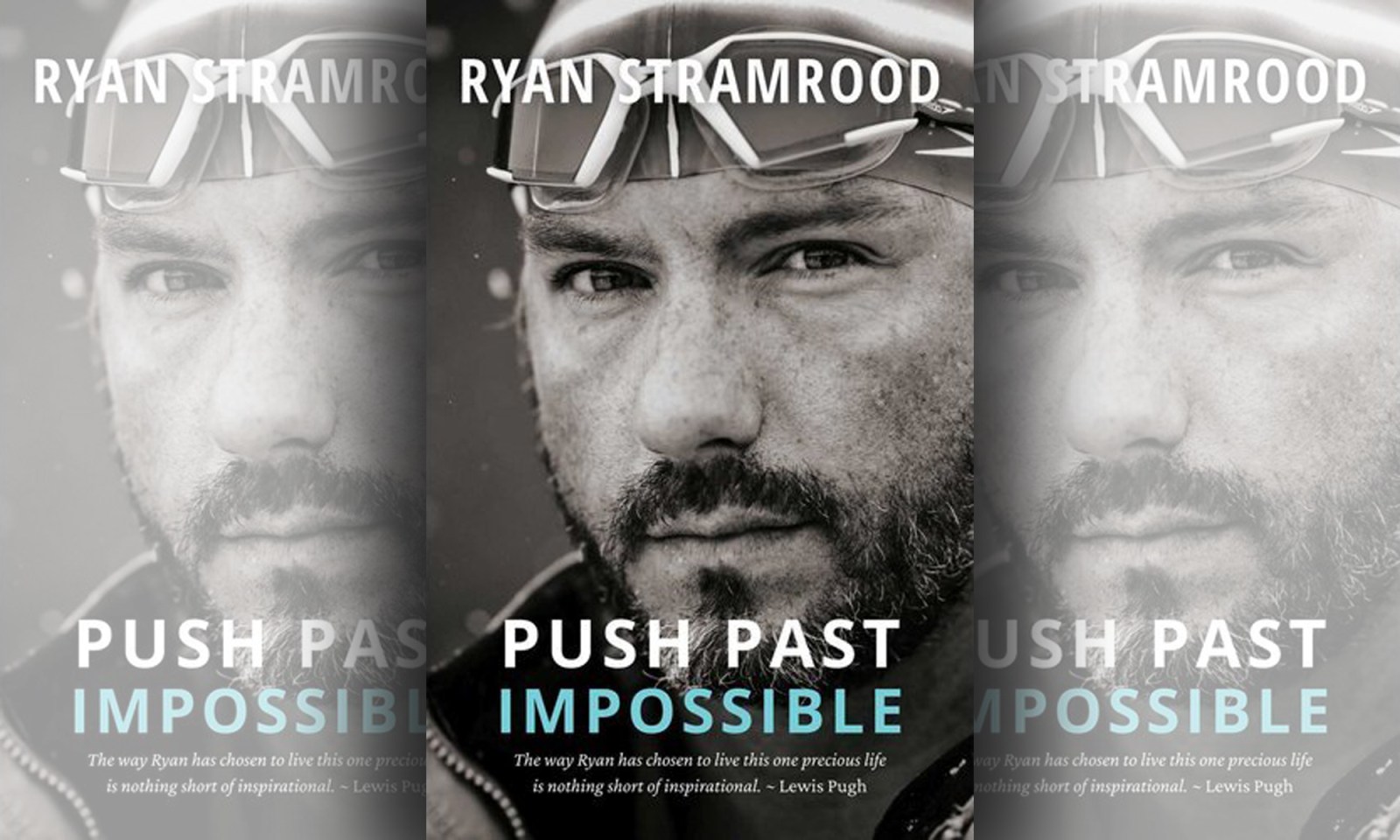 'Push Past Impossible' by Ryan Stramrood

After a couple of beers on the stoep at Breede River with a business colleague, Cape Town salesman and self-confessed couch-potato Ryan Stramrood took a decision, aged 27, that would change his life forever. That decision was to start squad swimming as an antidote to a painful divorce and a general slide into early middle age.

But, warns Stramrood in his new book Push Past Impossible, he’s not urging you to jump into cold water. That’s his journey, his pain and his classroom. As he says in his closing remarks to a quite remarkable Boys Own adventure read, “I can now relay a real and unique awareness of the almost impossibly powerful mental defence mechanisms we all have operating deep inside our subconscious, steering us all to the comfortable route, the easier route where failure is less likely.”

Stramrood says right at the start that he’s a normal oke, not some sort of genetically blessed polar bear – he just dived in one day and tried, and that, he says, is what turns ordinary into extraordinary.

The fact that the foreword to his book is written by none other than extreme swimmer, UN Patron of the Oceans Lewis Pugh, himself no stranger to ice swimming, gives you some sense of what is coming next. And that is 200-odd pages of jaw-dropping accounts of ludicrously foolhardy swims, from the Bering Straits to Antarctica, from ice miles cut into frozen Siberian lakes to the first-ever swim round the aptly named Sailors’ Graveyard at Cape Horn.

Stramrood and a group of close swimming friends not only shoved forward their own personal envelopes. They pioneered new medical insights into the impact of cold-water immersion on the human body, and arguably were the frontrunners and trendsetters of the recent global fascination with wild swimming.

“Every story, every adventure, every failure, each curveball and every success is filled with learnings, epiphanies, enlightenment and plenty of wow. If you believe that I am no different from you (and I really am not), you’ll finish my book well entertained, but with the benefit of an appreciation of how the mind works.”

When Stramrood swims a double Robben Island, he denies himself on the first leg the luxury of all those niggling, negative thoughts that keep bubbling up inside the lonely mind of a long-distance swimmer; denies, denies, ignores, ignores, until he is on his return leg. Then those doubts can surface, but by then it’s too late, he isn’t going to give up at that stage.

The point is he experiences the same doubts on a single Robben Island swim, in fact on every open-water swim. The negative panic will never go away, but how one reacts to it is, ah, the secret to it all.

Stramrood is clear: this is not a self-help book. It’s just a story about how a self-conscious kid saw something inside himself that he wanted to explore. That exploration could be condensed into one simple lesson, Stramrood says. That is, our subconscious is hugely over-zealous in protecting us from perceived failure. In other words, when we get into cold water, our bodies and minds have evolved extremely well to convince us that huge trouble is only seconds away.

“Our minds manifest pain, panic, fear and hyperventilation within seconds and these all combine to accentuate a powerful impulse of self-doubt and negativity.”

And this is present in our daily lives, too, Stramrood adds. “It is present in our sports, careers, social and family lives. It activates every time there is an ‘unknown’ facing us. Our minds are designed to keep us safe. To keep us inside our comfort zones.”

And the lesson? You do not have to let your mind convince you that you can’t achieve your goal. DM/ML

Push Past Impossible by Ryan Stramrood, published by Tracey McDonald Publishers, is available from 29 April 2022 in bookstores around the country. Retail price: R275.