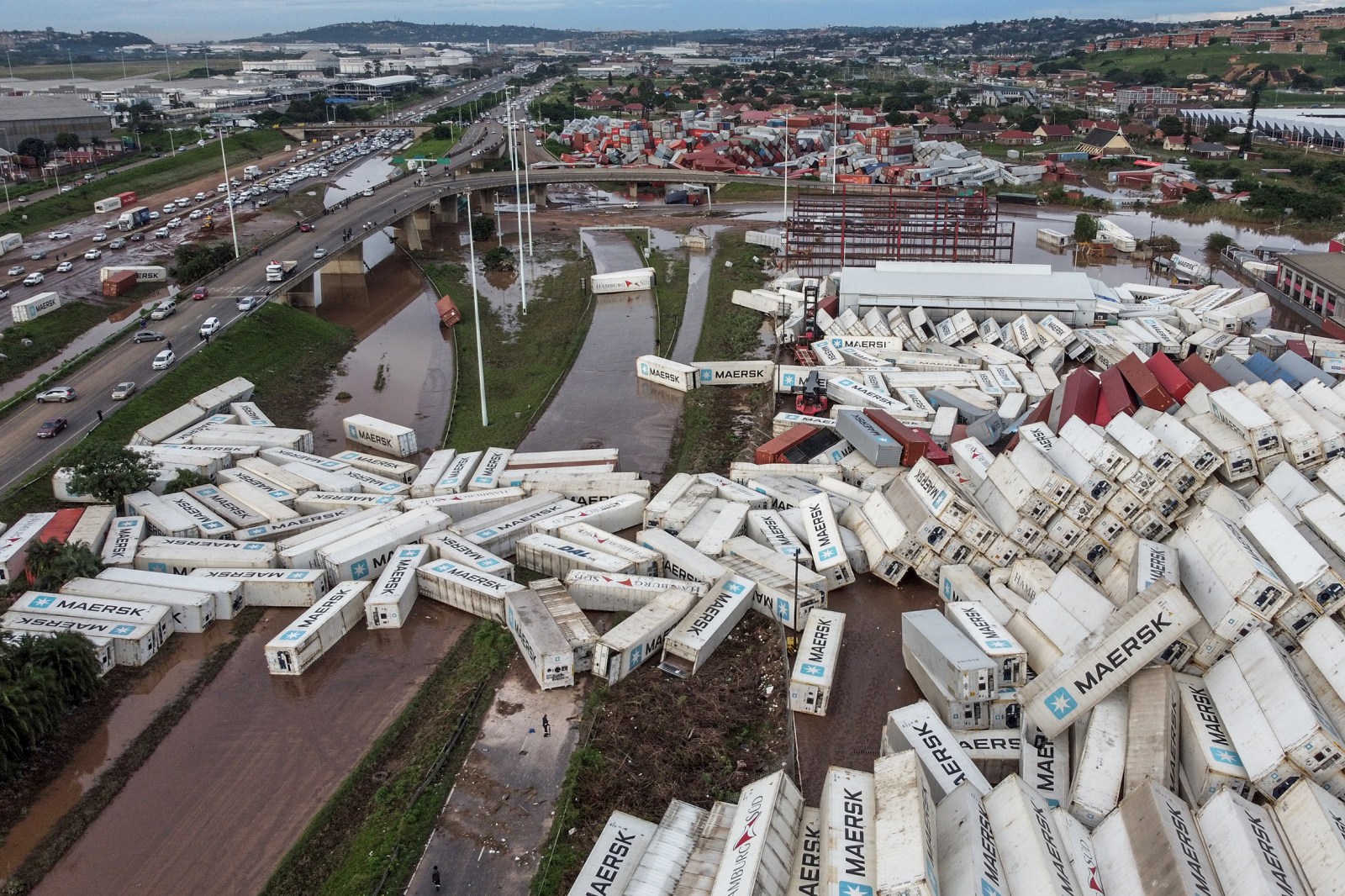 The devastating floods in South Africa’s KwaZulu-Natal province have claimed over 400 lives so far. Many people are unaccounted for, and the damage to property and infrastructure will run into billions of rands. Once the water subsides, many will be without livelihoods, homes and hope.

The floods are centred in the east coast metropolitan area of eThekwini and are arguably one of the most visible and deadly signs of climate change in the country to date. Ironically, this city was the first in South Africa, in 2014, to have a climate change plan.

From a meteorological perspective, South Africa is experiencing atypical autumn rains on the back of a regional La Niña event. The eThekwini floods follow a train of recent tropical storms and cyclones. In March 2019 the extremely destructive Tropical Cyclone Idai made landfall in Mozambique, with floods in eThekwini later that year. Then came Tropical Storm Ana in January 2022 and Tropical Cyclone Batsirai in February. Once again, floods followed in eThekwini and surrounding areas.

The Southern Hemisphere generally has had flooding hotspots very late in the rainy season. This April there have been flood events in Australia, Thailand and the Philippines.

The working group reports of the United Nations’ Intergovernmental Panel on Climate Change (IPCC) are explicit regarding the increased intensity of climate change impacts and the dangers of not acting fast enough. These April 2022 flood events are the expression of climate change in the form of more frequent, high-intensity extreme weather events. The IPCC report on impact, adaptation and vulnerability notes that the urban environment will be one of the higher affected areas.

The IPCC report on mitigation published this month indicates that the window of opportunity for drastic action is fast closing. We’re already living on a hotter Earth where climate change is causing harm. According to the World Meteorological Organization, the global average temperature rise already stands at around 1.1°C above 1990 levels. At the current rate of emissions, 1.5°C will be exceeded in the next two decades unless drastic action is taken.

Further lethargy by governments in reducing the global carbon budget will mean even more intense, frequent extreme weather events in the form of high-energy storms, floods and droughts. Coastal settlements will have to deal with a sea-level rise. This means not only a receding coastline but also saltwater intrusion into our freshwater system, as has occurred along KwaZulu-Natal’s South Coast.

We should be urgently adapting to this changing environment. A good start would be investing in smart early-warning systems. We should use Fourth Industrial Revolution elements with crowd-sourcing information and data to rapidly analyse disaster risk and communicate quickly with decision-makers and communities. This should be combined with an efficient and well-capacitated rapid-response system. Immediate action saves lives, property and infrastructure and enables quick recovery.

The medium-term response must concentrate on climate-proofing infrastructure. To make South Africa’s already ailing infrastructure resilient, codes and standards need to be updated. Potholes, for example, are a direct result of roads being built to specifications of different rainfall patterns and lighter vehicle loads. Many parts of the world with higher and more intense rainfall patterns have sound roads built for those environments.

The drainage infrastructure in most South African cities and towns needs urgent attention, and spatial planning needs to be smarter and more sensitive to the country’s environmental conditions. Building large urban settlements near the shoreline at the bottom of steep catchments, like in greater eThekwini, without proper drainage, leaves communities vulnerable to the highest levels of damage during heavy rains and floods.

Two important trends may be emerging with both the 2019 and 2022 floods. The first is the need to enhance the climate action plans for all cities, with accelerated mechanisms for adaptation and mitigation measures to prevent more greenhouse gas emissions. The second, and more vital, is the gap between policy and implementation.

As in all natural disasters, those who bear the heaviest burden are the poor and vulnerable. Climate emergencies are the starkest expressions of climate injustice because those who contribute least to greenhouse gas emissions suffer the most. This can be seen in the disproportionate effects of the eThekwini floods on poorer and informal settlements. Climate justice demands that we ensure the climate resilience of all, as envisioned by South Africa’s Presidential Climate Commission.

The latest floods could become another threat multiplier to human security. The areas most affected in eThekwini are the same places that were hardest hit economically by the Covid-19 lockdowns. President Cyril Ramaphosa’s declaration of a national state of disaster in the province and the allocation of funds is an opportunity to repair and rebuild in an innovative manner.

How the recently pledged R1-billion for disaster management and recovery is used is critical. The chance to build a safer, more climate- and disaster-resilient KwaZulu-Natal should not be squandered. DM