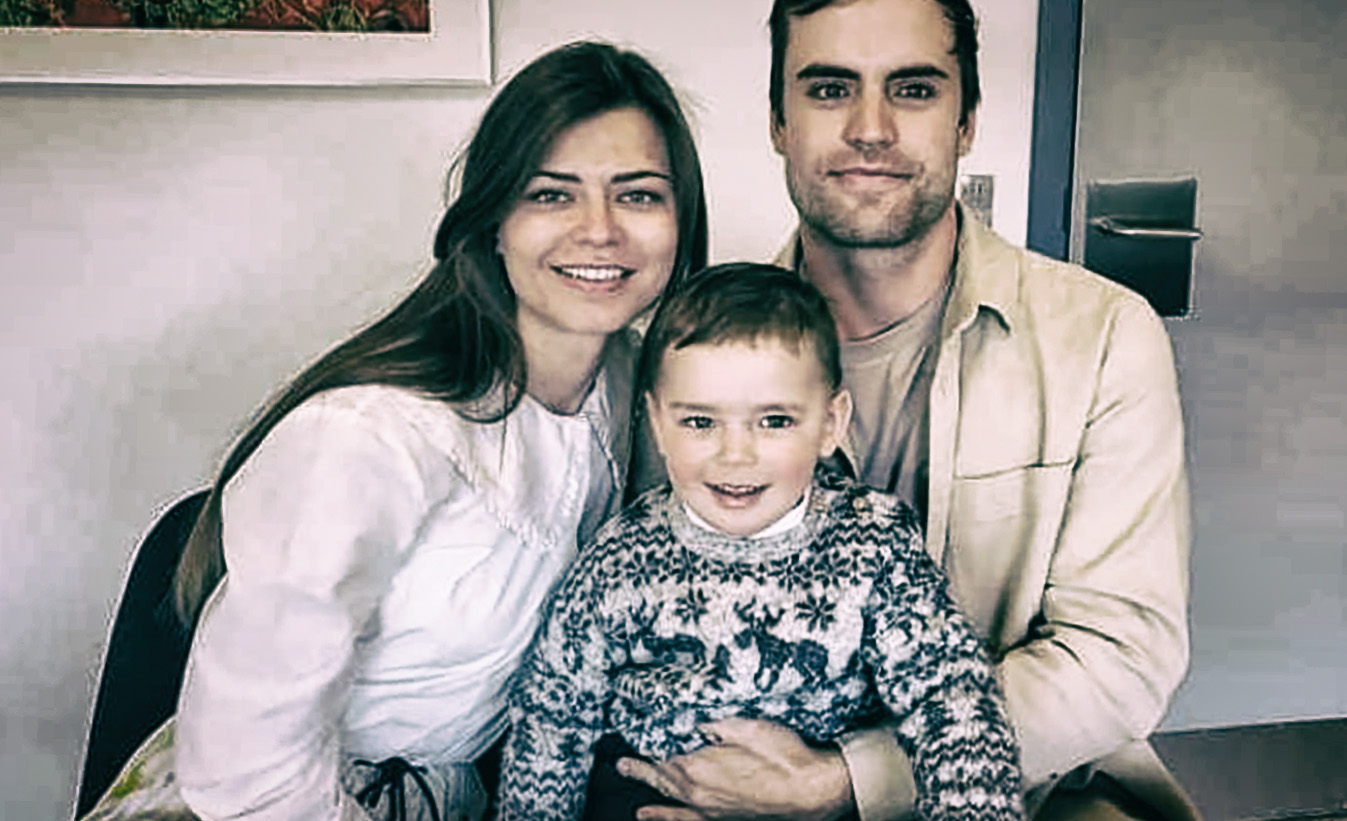 Newlyweds Roan Lindsay and his wife Marta with her child, Marat. (Photo: Supplied)

A South African man has so far travelled 41,500km and spent more than R150,000 trying to get his new Ukrainian wife and three-year-old son into South Africa and out of danger back home. But because of the intransigence and apparent confusion of South African immigration authorities, she and their son are still in Ukraine, just as it faces a new offensive from Russia.

Roan Lindsey, a diesel mechanic from Rustenburg, had planned to marry Marta, whom he had met in Ukraine in December 2020, in April in her home town of  Kamianets-Podilskyi in western Ukraine. Then Russia invaded Ukraine on 24 February and telescoped their plans. In early March he travelled to Ukraine to fetch Marta and Marat and bring them back to South Africa to start their life together here.

They travelled to Copenhagen to get married and then to Budapest to get South African visas for Marta and Marat.  This time South African bureaucracy intervened.

When they arrived at OR Tambo International Airport in Johannesburg on 2 April, immigration officials would not allow Marta and Marat into South Africa, Lindsey told Daily Maverick this week.

Apparently, because the Ukrainian government’s passport production facilities in the capital Kyiv had been damaged in the war, Ukrainian immigration officials had put Marat’s details into his mother’s passport as a temporary emergency measure.

Read in Daily Maverick: Road to Nowhere — a day in a Hell Affairs queue

Lindsey said that officials in South Africa’s embassy in Hungary had nonetheless given Marta and Marat visas to travel to South Africa and had assured them that Marat’s details being endorsed in Martha’s passport would not present a problem.

But when they arrived at OR Tambo, immigration officials there consulted a senior Home Affairs official in Pretoria who refused to let Marat into South Africa on Martha’s endorsed passport.

“I pleaded with the immigration officers, but they said they were powerless in this decision because it comes from the top of Home Affairs,” Lindsey said.

“We called the Ukrainian embassy and a gentleman there tried to help us and tried to talk to the immigration officers, but they didn’t want to talk to him. I called a lawyer to talk to them, but they still refused. They said that she is denied and she will be sent back to Budapest that same day.”

He said that an OR Tambo airport official his mother had pleaded with had been “extremely rude” in refusing to help.  Lindsey said he did not feel he was responsible for what had happened “as we got completely the wrong information from the South African embassy in Hungary”.

South African officialdom would not budge and Lindsey said he could not let Martha and Marat fly back to Budapest on their own. “She has no friends or family there to help her or meet her.”

“Her son was extremely upset and restless. Crying non-stop. It was a horrible situation and we had no plan.

“Eventually we found out that passports would be issued in Ukraine again in the soon future. So we had to make the heartbreaking decision of taking her and her son back to Ukraine.

“We took two trains from Budapest which took 18 hours and we got to Suceava (in Romania). Two days later she crossed the border back into Ukraine to go to her parents’ house” — which is in Kamianets-Podilskyi in western Ukraine near the Romanian border. Lindsey said that part of Ukraine had so far not been caught up in the war which was now concentrated in the east and the south. But that could change.

On 11 April, Lindsey arrived back in South Africa.

“Now we will have to do this all over again,” he said wearily.  He said Marta now had an appointment with Ukrainian immigration officials on 23 April to apply for Marat’s passport. Then she would have to wait for it to be issued. When Marta had the new passport for Marat, Lindsey would return to the Romanian-Ukrainian border to fetch them and bring them to South Africa again. “We’ll go to Budapest again to apply for visas for them. And then pray that when we return to OR Tambo they won’t deny them entry again.”

He said that this time he would apply for a spouse’s visa for Marta and a relative’s visa for Marat. She was now on a tourist visa, but he didn’t want to take any chances of her not being allowed into South Africa again.

Meanwhile, Ukraine’s ambassador to South Africa Liubov Abravitova has been trying to persuade the South African government to relax its rules to allow people like Marta and Marat into South Africa even if their passports are not quite regular, because of the war.

She told Daily Maverick that she appreciated that South Africa did not yet have regulations on how to deal with these situations and so it was against South African law to permit entry to a child endorsed on a parent’s passport.

“And we do respect the law.” But she said that she had requested an urgent meeting with Home Affairs Minister Aaron Motsoaledi to try to find a way around the problem. He agreed to meet her on Tuesday this week.

“The meeting was in a good tone. The minister was really supportive, thoughtful and understanding of the urgency of decisions needed to be made with regard to the humanitarian situation.”

She said they had agreed to establish a working group comprising her embassy and the departments of Home Affairs and of International Relations and Cooperation to resolve all the technical and administrative problems.

Abravitova said others were in the same predicament as the Lindseys.

Lindsey said he had endured “a very long 35 days to be back to square one where I started”  and had so far travelled about 41,500km on trains, buses and planes. He faced still more travel to fetch Marta and Marat. The saga had so far cost him more than R150,000 — or more if one factored in 35 days of lost work.

“We thought we would start our lives together in South Africa. And now my wife and three-year-old son are back in Ukraine. We are completely devastated and it has cost us an incredible amount of money. We lost a lot of our savings.” DM