Biden Team Wavers on Fight Over Masks After Court Setba...

Biden Team Wavers on Fight Over Masks After Court Setback 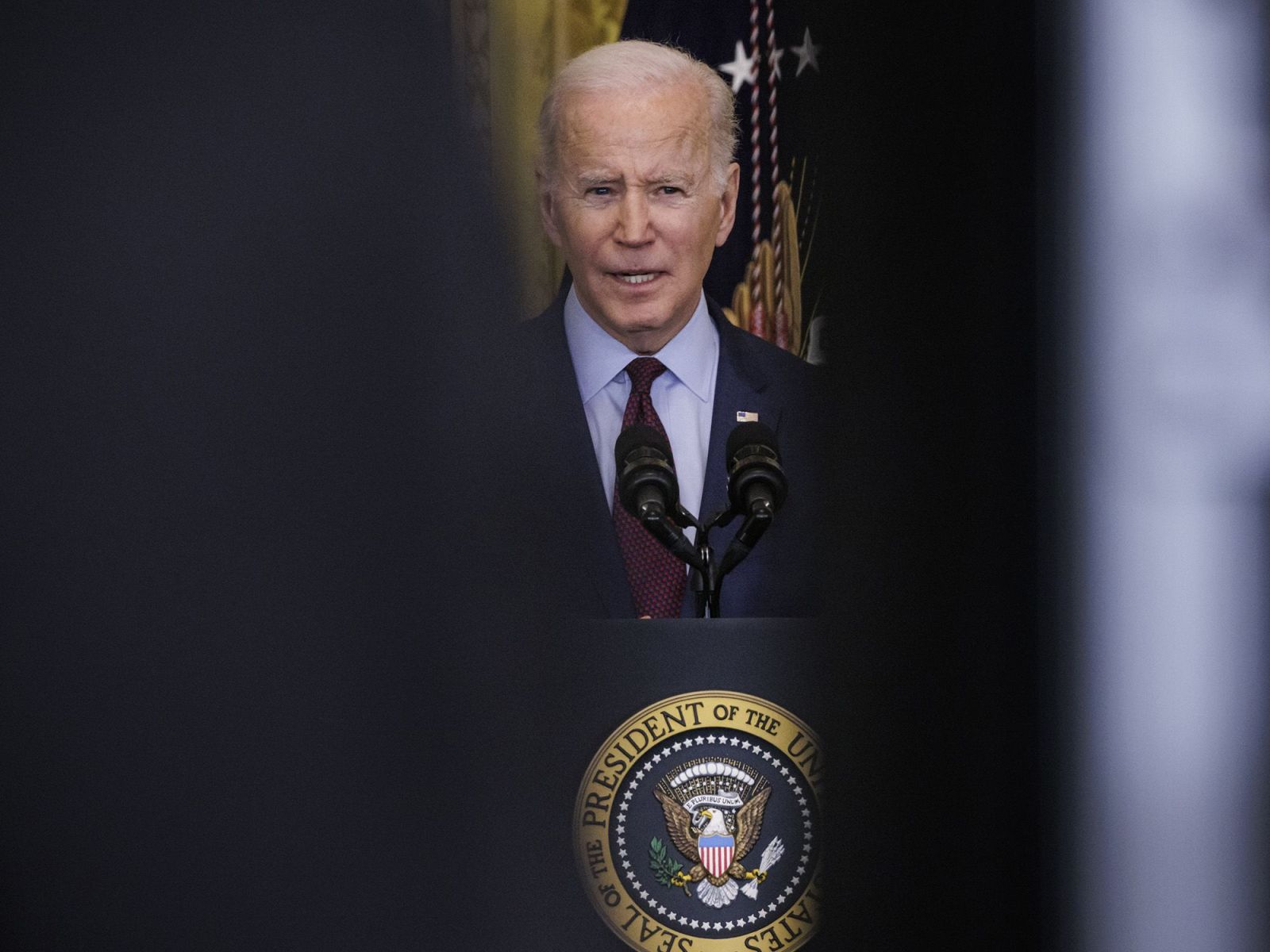 The Biden administration remains at a loss in responding to a federal judge’s ruling striking down the pandemic mask requirement for plane and rail travel, with the White House and various agencies struggling to devise and coordinate a legal strategy more than a day later.

The Justice Department said on Tuesday that it stood ready to appeal the ruling — issued Monday by a Trump-appointed federal judge in Florida — but that it would do so only “subject to the CDC’s conclusion that the order remains necessary for public health.”

That was met with surprise at the Centers for Disease Control and Prevention, which an hour later issued its own statement that did not clearly say whether the health agency wanted the Justice Department to pursue the appeal. The CDC had been reviewing whether to lift the mask order before the court killed it.

“CDC continues to recommend that people wear masks in all indoor public transportation settings,” the agency said. “We will continue to assess the need for a mask requirement in those settings, based on several factors, including the U.S. Covid-19 community levels, risk of circulating and novel variants, and trends in cases and disease severity.”

One administration official said the CDC would shift the focus of the existing two-week review of the masking policy — announced before the court ruling — to determine whether to appeal, instead of whether to extend the order again, as it was first conceived. If so, the CDC would ask the Justice Department to pursue the case — even as aides there believed an appeal might not succeed.

And the White House — which has been broadly deferential to both the CDC and Justice Department — offered little additional clarity.

The episode left unclear whether any appeal would ultimately proceed, and what factors might determine that course of action. The administration had signaled that an extension might be unlikely barring a new spike in cases and hospitalizations; the appeal now appears to hinge on the same standard.

The incident reflects the muddled messaging, poor coordination, and legal setbacks that have defined some of the worst episodes of the Biden administration’s coronavirus response, leaving large swaths of Americans confused about how to proceed while the private sector moved to set rules on their own.

The government’s top priority is to protect what power it has left to enact a mandate months down the road if there’s another surge in virus cases, administration officials said earlier, speaking on the condition of anonymity as deliberations continued.

Risks of an Appeal

“While it’s highly tempting to appeal a very dubious ruling like this, there is a risk in doing so,” Slavitt said. “If they appeal and lose, the CDC could end up powerless to take some basic public health precautions in the event of a surge in cases in the fall or winter.” With a slew of Trump-appointed judges, he said, that concern had to weigh on them.

The ruling was issued by U.S. District Judge Kathryn Kimball Mizelle, who was nominated by Donald Trump and confirmed by the Senate in November 2020. Mizelle, admitted to the Florida bar in September 2012, was the eighth federal judge confirmed during the Trump administration to be rated “not qualified” by the American Bar Association, which typically requires a minimum of 12 years of experience to rate a nominee qualified.

Republicans have accused the ABA of being biased against conservatives.

Mizelle’s ruling, while momentous, is just one front in the culture war over the pandemic response, in which conservative groups have assailed what they say are onerous public health measures and pursued legal challenges to rein in agency authority.

The CDC argued that planes, trains and airports are unique disease vectors, with passengers often jammed up against one another for long stretches of time. Still, it extended the mandate by only 15 days last week, its shortest yet, and appeared poised to lift it if cases and hospitalizations driven by the BA.2 subvariant of the coronavirus — the pandemic’s latest threat — don’t surge.

Appealing would be a “huge mistake” for Biden, said Peter Pitts, co-founder of the Center for Medicine in the Public Interest and a former associate commissioner at the Food and Drug Administration.

The science behind Covid-19 right now is that BA.2 typically has mild symptoms, particularly for the vaccinated and boosted, as well as a very low death rate, he said. At this point, mandatory mask wearing serves only to divide the public while serving no health purpose, exacerbating “mask PTSD” for some and serving as a “virtue signal” for others, Pitts said.

The administration has been weighing the politics, said Carl Tobias, a professor at the University of Richmond School of Law.

There is “some tension, with a lot of state governors and legislators deciding that very comprehensive masking is not ideal,” Tobias said.

The White House had been losing support even among some Democrats in Congress for the mask mandate well before the court ruling. The Senate voted 57-40 last month to back a resolution by Senator Rand Paul, a Kentucky Republican, to end the transportation mandate. Eight Democrats broke ranks, including four who face voters in November’s midterm elections: Mark Kelly of Arizona, Catherine Cortez Masto of Nevada, Michael Bennet of Colorado and Maggie Hassan of New Hampshire.

Most senators in both parties have long since stopped wearing masks on the Senate floor.

Discussions continued within the administration on Tuesday, with some officials saying they believed an appeal was growing unlikely and others arguing it remained unclear. All the legal options were problematic in one way or another, one said.

An appeal would go to the federal appeals court in Atlanta, which is ideologically conservative and might side with Mizelle, Tobias said. Her ruling drew heavily on a Supreme Court decision striking down vaccine mandates, raising the specter of the top court upholding the decision as well.

The calculation was likely whether an appeal would probably end up at the high court, said Eric Feldman, professor of medical ethics and health policy at the University of Pennsylvania Carey Law School. “And the Supreme Court’s not likely to be all that sympathetic to the government’s position on this,” he said.

Feldman said a loss is “likely” and a win “isn’t all that useful on this”.

Instead, he said, the administration should consider whether another agency, such as the Federal Aviation Administration, might have the authority to impose similar restrictions. BM