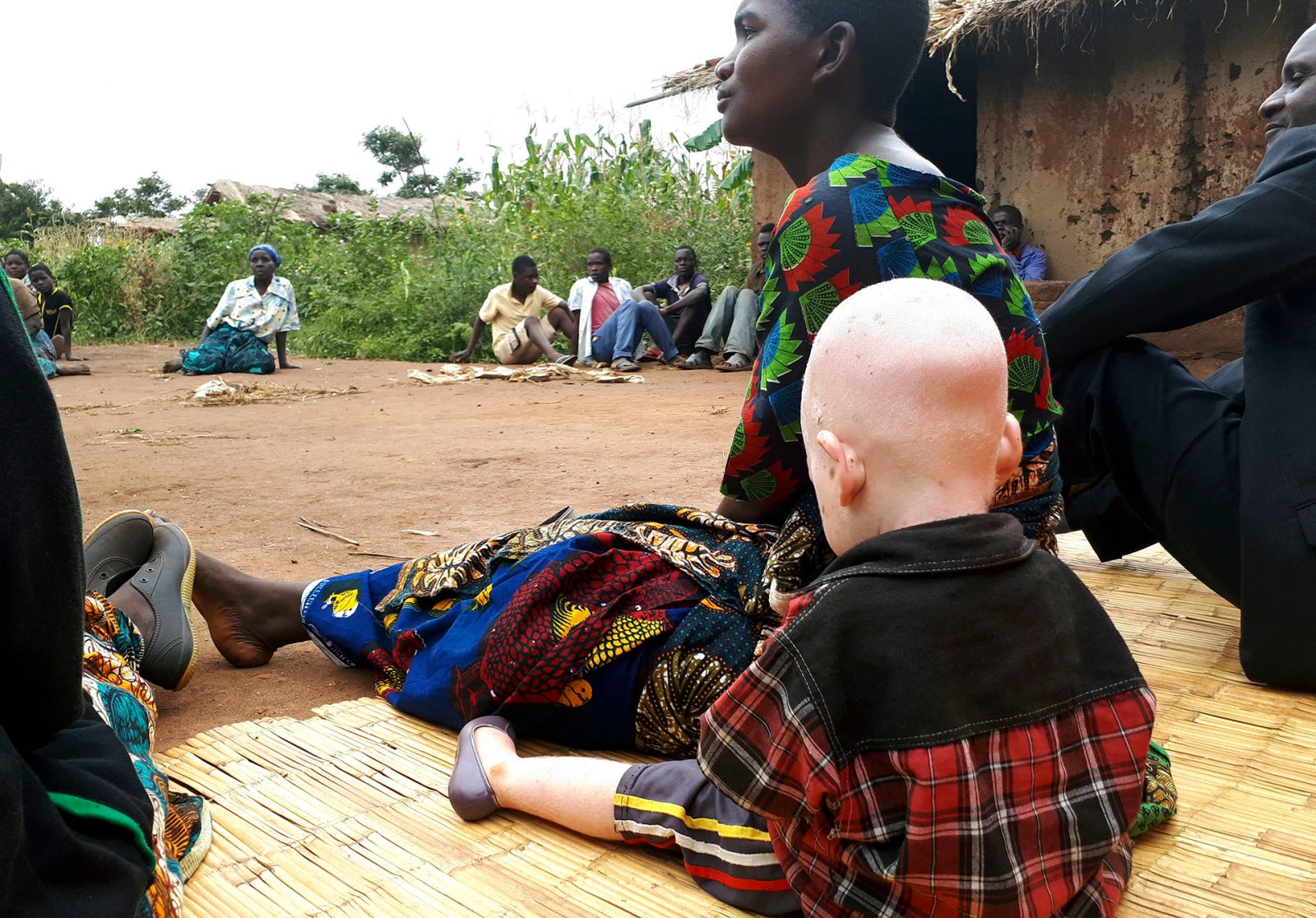 The silent and deadly enterprise is one of the most lucrative and harmful forms of human smuggling.

People with albinism in Tanzania have a price on their heads — whether dead or alive, adults or children. The country is a source for all the trafficking routes in East and southern Africa, where markets for their body parts prosper.

Tanzania has the highest rate of people with albinism worldwide. While an estimated one in 15,000 people in Africa has the condition, it affects one out of 1,400 Tanzanians. Albinism is a rare genetic condition that limits melanin pigment in the skin, eyes and hair, making a person appear unusually light. The gene mutation associated with albinism is carried (even if not exhibited) by one in every 19 Tanzanians.

Those with the condition are socially alienated and stigmatised. They are often called derogatory terms like ‘ghosts’ and ‘white goats,’ says Fundikila Wazambi of the Legal and Human Rights Centre in Tanzania. As a result, they are marginalised socio-economically and struggle to access social services. They are also blamed for natural disasters like famine, drought or locust invasions by those who think people with albinism are cursed.

Ironically, people with the condition are valued for their body parts. Their bones, skin and internal organs are used for amulets or concoctions that some believe bring good fortune, health, wealth and even powers like flying to those who use them.

A complete set of organs in Tanzania is priced at about $75,000 by criminal networks serving wealthy clients. Children are said to be worth more — although Institute for Security Studies (ISS) researchers could not determine exact figures. A person living with albinism is valued at $340,000, according to Vicky Ntetema, an investigative journalist in Tanzania.

Although crimes against people with albinism are underreported, the high values attached to the illicit trade make this form of human trafficking one of the most lucrative and harmful.

Chilling accounts of the targeting and trafficking of people with the condition were shared with ISS Today by Wazambi, Ntetema and another informant who requested anonymity. Criminal networks rely on traditional healers, kidnappers, traffickers and killers to conduct their illicit business. Victims can be abducted, trafficked from another village or country, killed and dismembered for body parts, or their graves could be exhumed and their organs removed.

Traditional healers reportedly indoctrinate criminal gangs for weeks before an abduction, performing rituals, identifying the target, and providing instructions on harvesting the organs. After the attack, the gang presents the organs to the healer to make potions and charms.

Wealthy and influential clients buy these ‘products’ from Tanzania and different parts of East and southern Africa. Many are apparently politicians seeking re-election and business magnates who believe the elixirs will make their enterprises thrive, says the anonymous informant.

Most attacks against people with albinism occur in rural Tanzania, especially in the Victoria, Tanganyika, Nyasa and other smaller lake regions. According to ISS research, the towns of Kagera, Geita, Chato, Shinyanga, Singida and Mwanza are hotspots. Communities believe that those with albinism ‘disappear’ rather than die, says Wazambi, so do not report their missing relatives to the authorities.

There are three active trafficking routes in East and southern Africa, says Ntetema: Tanzania-Malawi-Burundi-Kenya; Tanzania-Mozambique-South Africa; and Tanzania-Swaziland-South Africa. Tanzania features in all three routes as a source country, but people with albinism are targeted across these regions by the networks running the trade.

During his presidential election campaign in 2015, Tanzania’s late John Magufuli vowed to end the killing of those with albinism and pledged to hold government officers responsible if any took place. Despite his stance, the murders continued.

In 2021, four deaths were reported by the human rights organisations Under the Same Sun and the Legal and Human Rights Centre. A boy of six was discovered mutilated in Kigoma in May, and a woman was killed in Tabora municipality. In October, two graves exhumed in Tanga and Arusha revealed bodies desecrated and missing their left legs.

International advocacy campaigns by human rights organisations and the United Nations aim to raise awareness about the threats faced by those living with the condition worldwide. The initiatives focus on instituting effective policy and protective frameworks at country level.

But intervening to stop these ‘silent crimes’ is difficult. The trafficking and murders occur in places where government services are often absent or ineffective. And advocacy is complex in areas where strong traditions and superstitions give impetus to criminal networks that operate with impunity.

Community-based advocacy is needed to ensure that hard-line stances such as Magufuli’s amount to more than political rhetoric. The media and civil society need to help shift public perspectives on albinism. This would decrease the stigma and break down beliefs that enable the silent, deadly trade to continue. Local leaders need to vocally support advocacy campaigns backed by national law enforcement and policy.

Tanzania cannot tackle these crimes alone. Countries across East and southern Africa are necessary partners in the detection and prosecution of those who run illicit networks that enable cross-border trade in people with albinism. DM

This article was first published by Enact. Enact is funded by the European Union (EU). The contents of this article are the sole responsibility of the author and can under no circumstances be regarded as reflecting the position of the EU.