ANC crisis derives not purely from indifference to the poor, but also an absence of debate 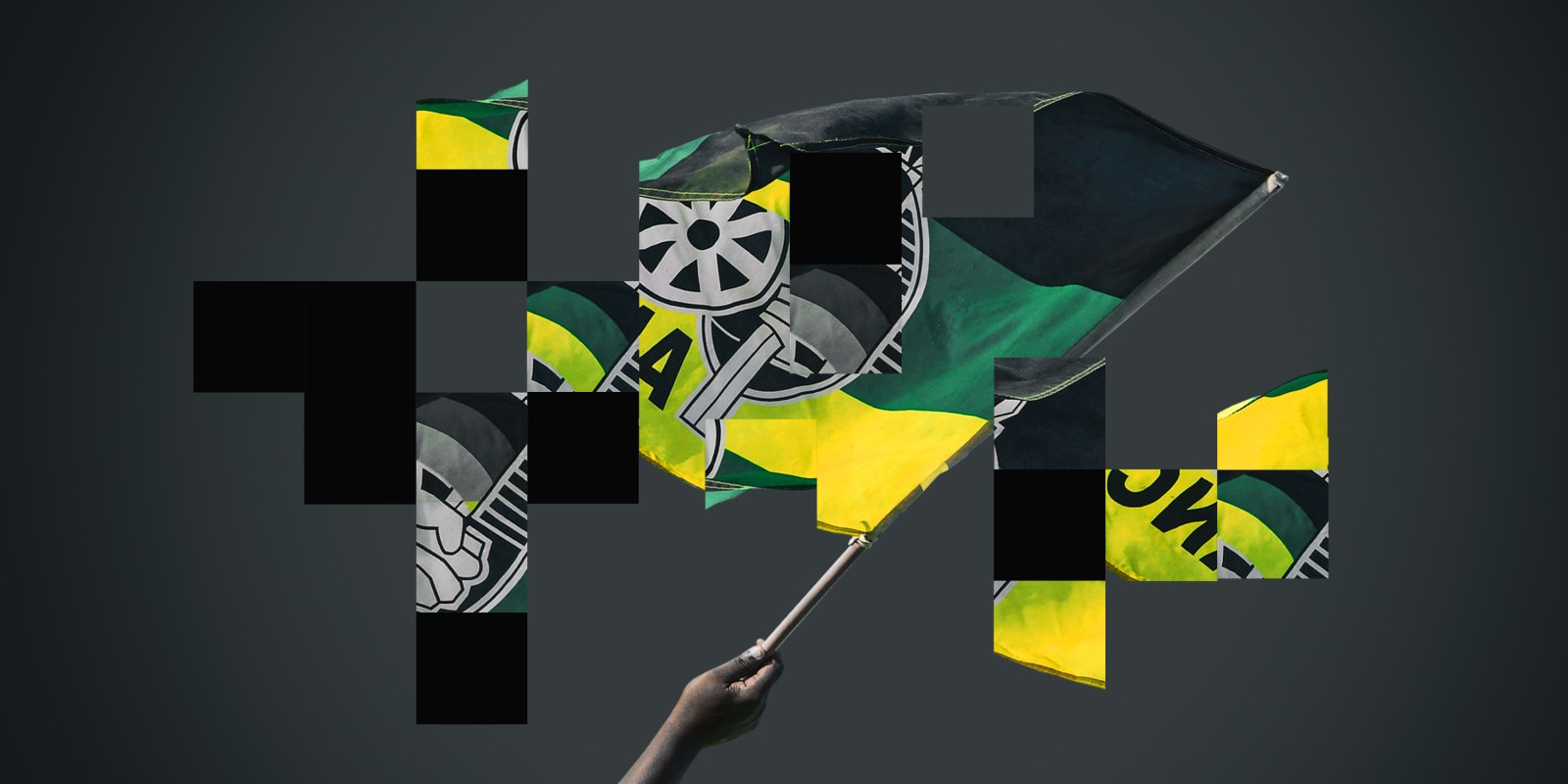 The ANC-led alliance’s indifference to the plight of the poor and those marginalised in a range of other ways has been repeatedly noted. Given this indifference, it is unsurprising that organisations that once thrived on debate are now uninterested in debating ideas. Without such debate there can be no ‘renewal’ or any meaningful emancipatory project expanding the realms of freedom.

In trying to understand the character of the current period, we must identify a range of aspects that may not be the focus of the headlines or the coverage of politics in the media. One of the features of the ANC/SACP alliance that attracted me as a young academic who was also morally committed to remedying the injustices of apartheid – qualities that attracted me greatly – was the intellectual content of debates and writings in the liberation movement.

And even if the writings concerned armed struggle, as was the case in the aftermath of the 1969 ANC consultative conference in Morogoro (and before that in illegal publications like the African Communist and debates surrounding Operation Mayibuye and other contentious strategies in the ANC underground), this writing was of a very high standard, as can be seen in looking at some of the contributions of Joe Slovo and also Joe Matthews at the time, just before he left the ANC and the Communist Party.

In Joe Slovo’s writings in the African Communist, he criticised the works of Régis Debray, a famous French left intellectual who accompanied Che Guevara in his Bolivian campaign, but Slovo also analysed that campaign sympathetically and critically.

What is quite striking about the ANC of today is that it is devoid of intellectual content. I do not thereby mean that whatever goes on in the ANC political school, or in some branches that may conduct political education, rare as that is these days, that no one reads, or no one discusses ideas.

But what ideas are discussed do not really have a bearing on the direction that the country and ANC takes or does not take. This is a relatively new phenomenon. Prior to the 1950s, before the ANC was a mass organisation, it had debate, leading to a constitution and an “African Bill of Rights” in its early years, and the African Claims of 1943.

All the intellectual capabilities that people may have developed through formal education were fed into the debates between comrades in small groups or in larger meetings or in the national leadership of the ANC and the SACP. Ideas were very important.

The notion of professionally trained intellectuals putting their training at the service of revolutionary movements is referred to by Gramsci as “organic intellectuals”. But he also refers to another process where revolutionary organisations create their own intellectuals (See Antonio Gramsci, Selections from the Prison Notebooks, 1971, Chapter 1) – and this happened in the ANC and the SACP in many cases, notably the communist night schools; training during the M-Plan in the 1950s; in MK where commissars and others helped raise the understanding of comrades; and in ANC branches at various times, leading to the development of homegrown intellectuals. (See Raymond Suttner, “The formation and functioning of intellectuals within the ANC-led liberation movement”, in Thandika Mkandawire (ed) African Intellectuals. CODESRIA/Zed Books. Dakar. London. 2005, 117-154). This process is also rooted in trade unions as well as some faith-based organisations.

Where analysis has been needed

If one takes the unbanning of the ANC and the SACP, that phenomenon, that change of conditions, required an understanding of what had happened. It was a change of the legal status of the ANC and the SACP, but that was not simply a return to 1960 where the ANC had been a legal organisation, or to 1950 when the SACP had been a legal organisation under the name Communist Party of South Africa (CPSA).

The conditions had changed over the 30 or 40 years of illegality of the ANC and SACP respectively. What had changed? the alliance had to ask. And how did this affect the way in which it had to navigate the terrain they then encountered? Not only had decades elapsed where the world had changed, but in the very moment of unbanning these organisations, the world was undergoing a tumultuous change on an international level with the gradual collapse of the Soviet Union and all Eastern European communist-led states. This created difficulties for communist-led states in other parts of the world who depended on the Soviet Union for assistance, as did Cuba for fuel and in several other respects.

But even inside the country there had been changes in the period immediately preceding the unbanning of the organisations. What was the meaning of these changes? How did the changes in the National Party affect the way in which the ANC-led liberation movement should relate to it?

Have we now forgotten some of the features of that period, now treating some who practised vicious oppression as kindly elderly figures? For example, the role of Inkatha as a war party, funded and trained by the SADF, attacking ANC and UDF members and supporters and Cosatu affiliates. When people elevate the late king, King Goodwill Zwelithini, have we forgotten the role he played in the apartheid era and even in the post-apartheid era in the Ngonyama Trust, and his inciting xenophobic attacks, among other things? (See here and here by Mondli Makhanya).

When the ANC was unbanned, one of the focuses of some of the leading figures, including famous Robben Islanders like Mandela and Sisulu, was to isolate the apartheid regime and draw apartheid collaborators like the Bantustan leaders closer to the ANC and away from the apartheid regime.

In some ways, this emulates the approach of the early ANC where it sought to win over chiefs because the idea was that if you won over a chief, you brought the whole chiefdom over to the ANC. Likewise, the ANC tried to win over people who had been in the Tricameral Parliament and many of these became ANC MPs. Some of them are still ANC MPs, holding high positions.

Even when the National Party dissolved itself, some of its leadership figures became ministers, and are now ambassadors. With the demise of the NP, they were left with a comfortable political and material home. What they brought into the ANC is unclear.

The ANC introduced the “floor-crossing” process between 2002 and 2009, whereby – despite the electorate having spoken and decided to elect a certain percentage of the members of each party – it passed legislation which allowed a period in which people could change parties and alter the percentage vote for one or other party outside of an election.

Was there any debriefing and briefing and training and conscientisation that followed? I mention this because it would be interesting to know what percentage of the ANC MPs derives from a process that is an ANC process (such as it is) and what percentage have been through no such process.

Now, the deideologisation of the ANC is not attributable purely or primarily to the influx of people who do not have an ANC background. If one were to join the ANC today and be a member for 10 years, what does it mean? What is that ANC “background” that is acquired in the present period?

Is it significantly different from that which was absorbed by people who came from collaborationist backgrounds into the ANC? In short, the road through which the ANC has become an organisation devoid of political orientation is one that has various roots, and we need to explore them because even if the ANC may die, and I believe it will, some of the people who have been in the ANC will want to be part of whatever emerges afterwards.

Raymond Suttner is an emeritus professor at the University of South Africa. He served lengthy periods in prison and house arrest for underground and public anti-apartheid activities. His writings cover contemporary politics, history, and social questions, especially issues relating to identities, violence, gender and sexualities. His Twitter handle is @raymondsuttner.