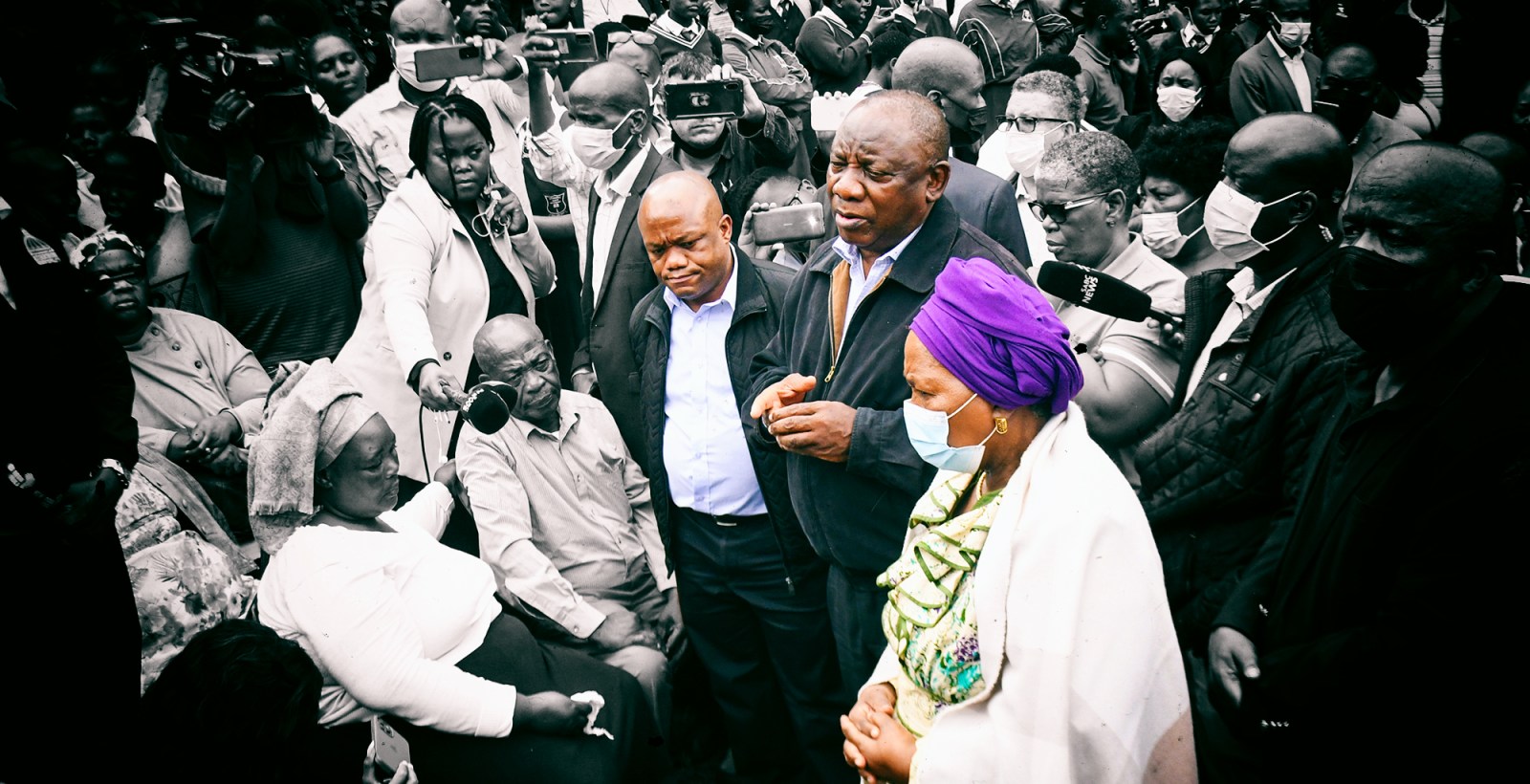 As many people from many corners of our society rush to help the victims of the immense and horrifying flooding in KwaZulu-Natal, the government has promised to help the province and to make financial resources available. Instead of gratitude, they were met with an overwhelming amount of cynicism. It turns out that most people believe this money will simply be stolen.

A high level of distrust in the government has become the norm in South Africa. It is important to note that this is not just because of our most recent past when billions of rands were stolen from a country enduring a pandemic. The nationwide atmosphere of distrust is so toxic that unless our government changes its entire game it will be impossible to achieve a state in which the rule of law is respected.

Over the last few days several government officials, including KZN Premier Sihle Zikalala, have said that the government will help people affected by the flooding. And they have promised that this aid will be free of corruption.

This has been met with much cynicism and even derision.

This is tragic. Most of us in KZN haven’t had water and/or electricity since the floods. People are desperate & it will be harder and harder to appeal to rationality when it seems like our government couldn’t care less.Why shouldn’t we all act with impunity towards the law? pic.twitter.com/Yx7ggjffVT

It is clear that some people in the government realise the danger involved. In the Sunday Times, Finance Minister Enoch Godongwana explained that officials were looking at setting up an independent agency to manage the money. This would include people from outside the government to ensure proper transparency.

This is an immense concession – our own finance minister believes that the government is corrupt, or at the least, cannot be trusted.

There are plenty of examples as to why this has happened. Just in the past few years, money destined to buy personal protective equipment for health workers at the start of the pandemic was looted. Nearly half a billion rand was spent on sanitising classrooms that did not need to be sanitised. The contracts to do this work were agreed to on WhatsApp.

The Digital Vibes scandal saw a health minister’s former personal assistant being given a R150-million contract that was not only vastly inflated, but also no real work was delivered.

Before that, it emerged that even Nelson Mandela could not be spared, as a group of ANC politicians were accused in court of stealing money through a memorial service for the late president.

While this explains some of the current lack of trust in the government, it is not the entire story.

And, of course, the instruments of the law during that time, the police and the judiciary, were not people who could be trusted by the majority. Instead of providing help and dispensing justice, they were often involved in protecting an immoral system.

This means that there may well be a sense of generational distrust in the government. It’s not just that younger people distrust the government because of the corruption in our more recent history. It’s that their parents were not given reason to trust any government before that.

After such continual and continuing disappointment, restoring trust in the government is a massive task.

However, it can be done.

This was during the Mandela era, when the ANC had just taken over in the Union Buildings.

This is important because it suggests, first, that trust can be won, and second, that it can also be lost.

And clearly, much of the trust that once existed in the government has now been lost. But it can be rebuilt.

The importance of this cannot be overstated.

This suggests there is a direct consequence of corruption, that it weakens all of the rule of law and thus weakens our chances of becoming a more peaceful, law-abiding, unitary nation. And that what we are seeing now is a reflection of all of these dynamics.

We are also witnessing an intense attack on the judiciary by a few powerful political players whose personal interest is to stay out of jail.

However, this is not the only political problem facing the government.

Over the past few months, there has been much discussion about a proposed donation from our government to the government of Cuba. At first, the Department of International Relations and Cooperation said that this donation would amount to R50-million.

Officials said the donation was to help provide food to people in Cuba. This is despite the fact that there are many more people in this country who go hungry on a regular basis (before the floods) than there are in Cuba.

Now, after the flooding, to go ahead and make this donation may be much harder politically.

On Monday it emerged that President Cyril Ramaphosa had confirmed in an answer to a written parliamentary question from the DA leader, John Steenhuisen, that this aid would no longer take the form of money. Rather, it would be in the form of “humanitarian aid and food items, and not money”.

This suggests that the government is now backtracking on its original intention simply because it is becoming politically untenable.

In the meantime, there may be other political problems that emerge from the floods, and the tests they pose to Ramaphosa’s government.

In the local elections last year the ANC received 41.44% of the vote in KwaZulu-Natal. While there can be big differences between the outcomes (and particularly the turnout) of local and national elections, this result still suggests the ANC is vulnerable in that province.

Last year the party had to accept some of the responsibility for the violence and looting in Gauteng and KZN. This may well have had some impact on its results in the local elections.

Now, should it be seen to mismanage the recovery after the flooding, voters may punish the party further.

This means that there could be a lot of pressure on the party to ensure that it manages this situation correctly, and, also important, that it is seen to be managing it correctly. It could also explain Godongwana’s apparent determination to ensure that the relief funds are not stolen during this time.

Natural disasters, like pandemics, can reveal the underlying dynamics of a nation and demonstrate its strengths and weaknesses. The weakness that was exposed by the reaction to the government’s promise of help could almost be fatal to the ANC and possibly even the rule of law. DM