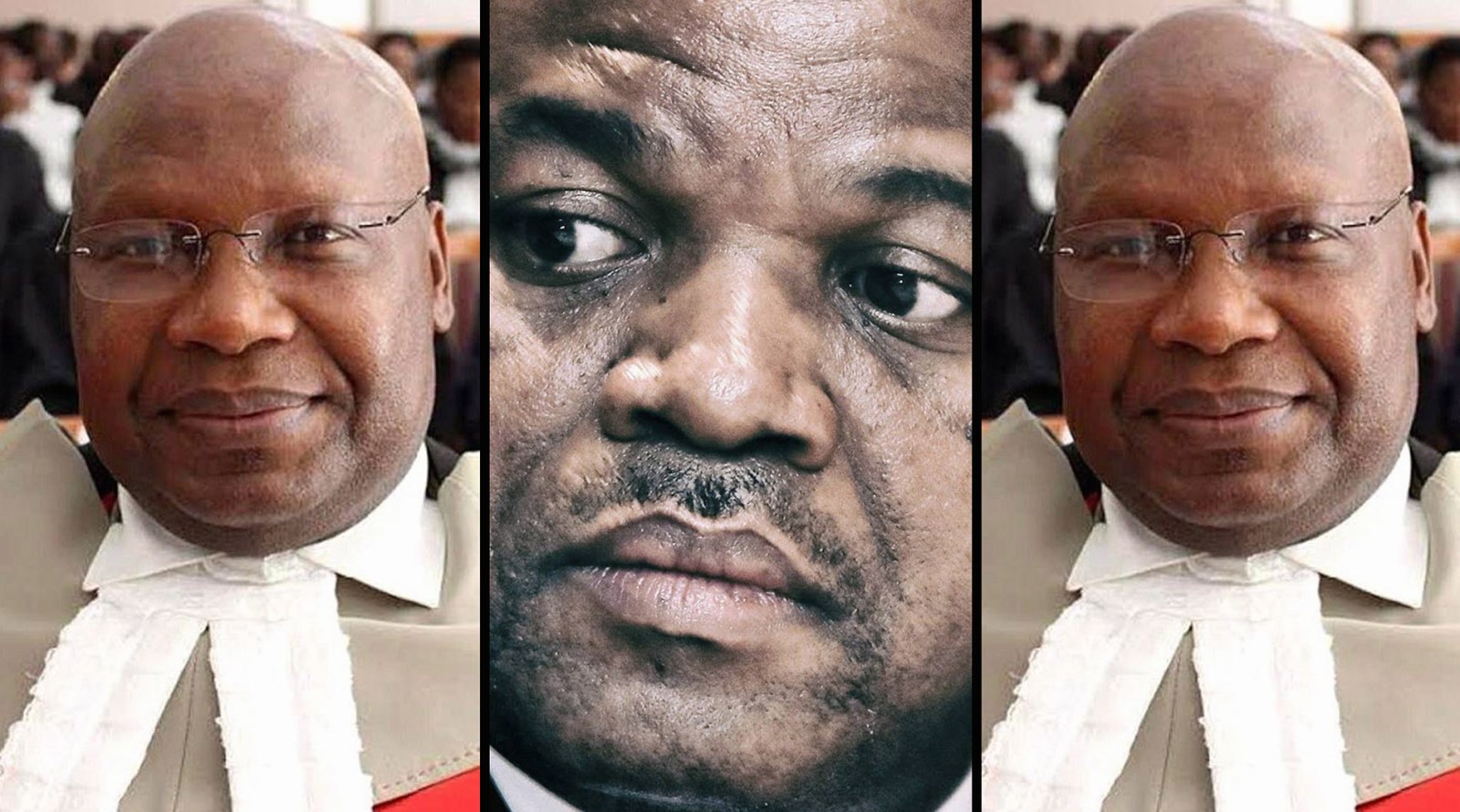 It is hoped the decision by the African Commission on Human and People’s Rights on Justice Thomas Masuku’s removal from the Bench will result in judicial reforms to strengthen access to justice and the rule of law in Eswatini.

The Africa and Jurists and Judges Forum (AJJF) and the Advancing Rights in Southern Africa (Arisa) programme – a partnership between the American Bar Association, Freedom House, Pact and Internews – have welcomed the decision of the African Commission on Human and Peoples’ Rights (African Commission) quashing the case of the impeachment and removal from the judicial Bench of Justice Thomas Masuku in Eswatini.

The commission’s decision was released on 6 April 2022.

“The issues raised in the decision of the African Commission are so important to the question of judicial reforms in Eswatini,” said AJJF secretary-general Martin Okumu-Masiga. “I hope that the authorities, the legal profession, the judiciary and policy community will deeply reflect on the decision and take necessary measures to strengthen judicial independence, separation of powers and the rule of law that are so needed at this particular historical moment in Eswatini” he added.

On 27 September 2011, Justice Masuku was removed from the Bench by His Majesty, the King of Eswatini (then Swaziland) following an enquiry on his impeachment that was instituted by former chief justice, the late Michael Ramodibedi, as chairperson of the Judicial Service Commission.

Justice Masuku was highly aggrieved by the decision which he felt was wrongful and unlawful and breached the laws of Eswatini as well as the rights accruing to him by virtue of Eswatini being a signatory to various binding international human rights law instruments, including the African Charter on Human and Peoples’ Rights.

In particular, he felt that Eswatini had violated articles 1, 7 and 26 of the African Charter.

Article 26 of the charter imposes a duty on Eswatini to “guarantee the independence of the Courts and… establishment and improvement of appropriate national institutions entrusted with the promotion and protection of the rights and freedoms guaranteed by the present Charter.”

Article 1 of the charter imposes a duty on Eswatini to “adopt legislative or other measures to give effect to” the rights provided for in it.

In Justice Masuku’s case before the African Commission, filed on his behalf by Lawyers for Human Rights Swaziland, he argued that the hearing against him and subsequent dismissal from the Eswatini judiciary had breached his rights and violated articles 1, 7, and 26 of the African Charter. Happily for Justice Masuku and profoundly sad for Eswatini, the African Commission agreed with him and found Eswatini to have violated the said provisions of the African Charter that seek to protect the fundamental human rights to fair trial and the independence of the judiciary.

“Sadly, in Justice Masuku’s case, these important principles and values were breached in Eswatini. The AJJF and Arisa hope that the decision of the African Commission will lead to some national introspection and result in administrative and policy measures being taken for appropriate judicial reforms in order to strengthen access to justice and the rule of law in Eswatini,” added Dr Makonese. We cite below some very important observations that are lessons Eswatini authorities and the public must take note of to improve justice delivery in Eswatini through relevant judicial reforms.

On the issue of whether Justice Masuku had a local (Eswatini-based) remedy for his case which would disentitle him to seek remedies at the regional protection mechanism, the African Commission said the local remedy that courts in Eswatini offer needs to be available, effective and sufficient. The local remedy must exist in law and be accessible in practice.

The commission came to the conclusion that in Justice Masuku’s case, domestic remedies were unavailable or ineffective owing to lack of independence and impartiality of the judiciary in Eswatini. It cited a decision in Communication number 251/2002 (Lawyers for Human Rights versus Swaziland) where the commission ruled that the context in which the judiciary in Swaziland operates rendered it even as early as 2002 incapable of rendering independent and impartial justice in some cases such as this one.

In Justice Masuku’s case, the big complication was the negative central role that the chief justice as head of the judiciary played in being the complainant, prosecutor and judge in the case. The process not only breached the primary rules of natural justice that you cannot be a judge in your own case, but made it virtually impossible for an aggrieved person to seek justice in the compromised judiciary led by the chief justice, his nemesis at the time.

The African Commission also frowned upon the directive issued by the then chief justice on 18 January 2010 to stop judges from exercising freedom of association and expression.

The issue of the chief justice implementing an opaque policy and system of allocation of cases to achieve potentially preconceived outcomes in order to protect narrow interests, was also brought under scrutiny in Justice Masuku’s case before the commission, citing the case of the Law Society of Swaziland versus The Speaker of the House of Assembly and Another of 2012.

Threats to decisional and individual independence of the judges were also ventilated by the commission.

The practice by the chief justice of directing who should write a judgment in a case was frowned upon too, and the act of bringing charges against a judge citing language used in a judgment, as happened in Justice Masuku’s case, was criticised as a threat to judicial independence.

Language used in a judgment cannot be viewed as serious misbehaviour warranting removal from the Bench, the commission ruled. Charging a judge for language used in a judgment amounts to interference with the judicial (decisional) independence. It also amounted to “exerting influence or pressure on… the judiciary” and was therefore a threat to judicial independence more generally.

The commission also looked into the matter of the Practice Directive 4/11 issued by the chief justice, barring the acceptance of any process in which the King or his representatives were cited as defendants/respondents. The argument being that such a practice directive was a threat to the rights of Eswatini people to a fair trial and to the establishment of an independent and impartial court as enshrined in article 26 of the African Charter.

More broadly the question of selection and appointment of judges, including part-time judges, in Eswatini was also looked at by the African Commission. The arguments advanced were that the current process does not meet international standards in terms of competitiveness, transparency and openness owing to the act of hand-picking some judges for office. The current method of selection and appointment is one of the contributing factors to the lack of independence of the judiciary in Eswatini.

The commission reasserted that trials have to be held in the open and be accessible to the public as part of enforcing the right to a fair trial as required by the African Charter, the Universal Declaration of Human Rights (Article 10) and the International Covenant on Civil and Political Rights (Article 14). The commission asserted that the right to a fair trial applies to criminal and civil matters.

The AJJF and Arisa stand ready to build on the findings and recommendations by the African Commission and work with all key stakeholders to strengthen the protection of human rights, access to justice and the rule of law in Eswatini. DM/MC