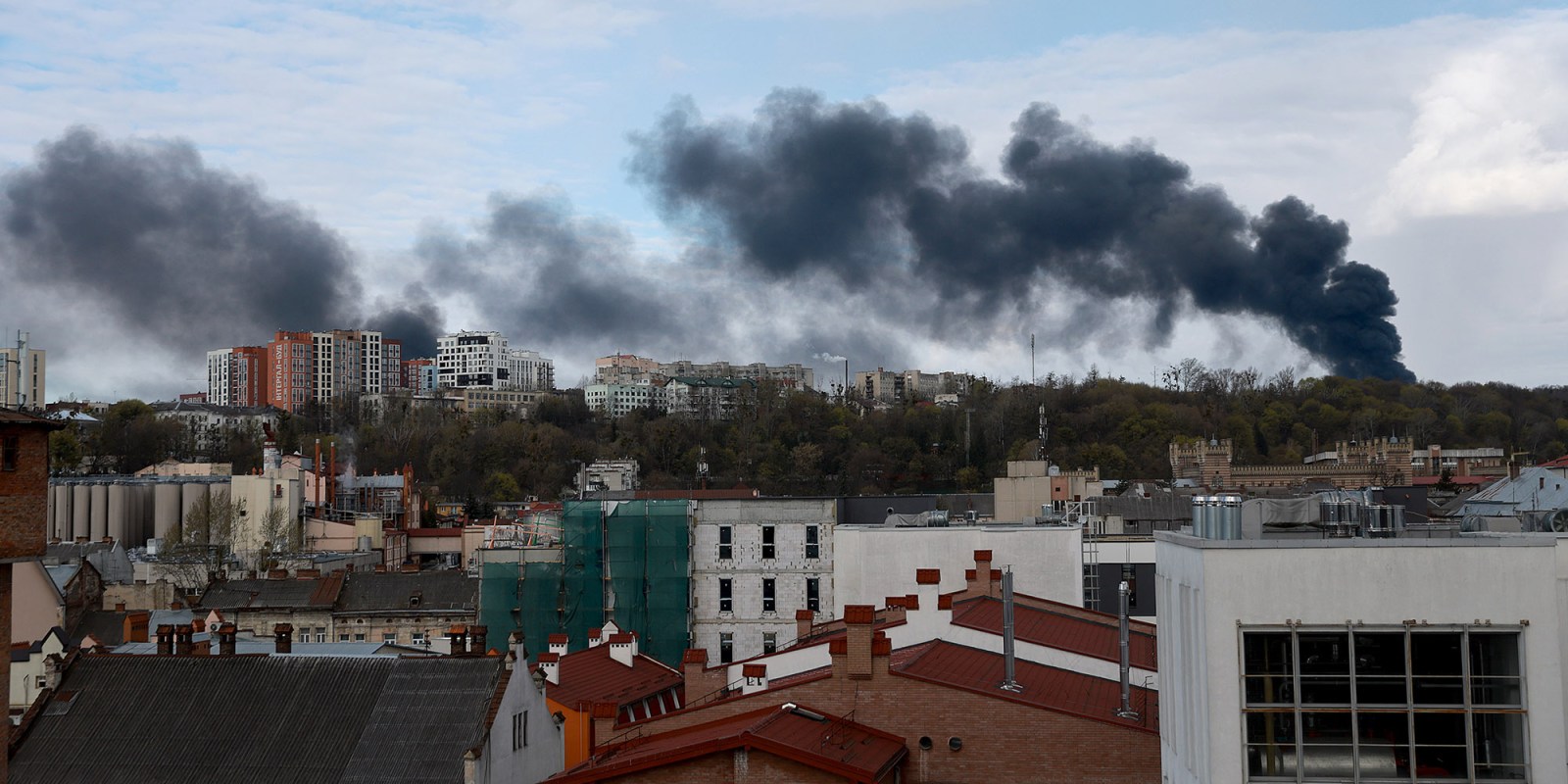 President Vladimir Putin said on Monday the “economic blitzkrieg” of international sanctions on Russia had failed, citing the recovery in the rouble to pre-war levels. The Russian leader also gave a special elite designation to an army unit that Ukraine has accused of committing war crimes in the northern town of Bucha.

The remaining defenders of Mariupol are encircled but have not surrendered the key eastern port city, with troops holding out at the giant Azovstal steelworks, Ukrainian officials said. A deadly strike was reported in Lviv near the Polish border, while air raid sirens were heard in the capital Kyiv for a second day.

Yellen to attend some G20 events even if Russia takes part

US Treasury Secretary Janet Yellen won’t automatically boycott meetings of the Group of 20’s finance ministers this week in Washington if Russian officials attend, the US said on Monday.

Yellen will avoid some sessions but will participate in others focused on the economic fallout from Russia’s invasion of Ukraine. Earlier this month Yellen had said US officials wouldn’t take part in some G20 meetings this year in which Russia is allowed to participate.

Russia has sent reinforcements to eastern Ukraine for renewed offensive operations in the region, a senior US defence official told reporters. Russia has added about 11 battalion tactical groups, bringing its total in the country to about 76, the person said.

The US is preparing to train some Ukrainians outside the country on howitzer artillery pieces in the coming days, the official said. The official contended that sanctions have limited Russia’s ability to restock and resupply components for some of its military systems including precision-guided missiles.

Citing “mass heroism and valour” but making no mention of Russia’s war in Ukraine, the decree Putin signed awarded the 64th Motorised Infantry Brigade the honorary title of Guards.

Ukraine’s Defence Ministry previously identified the unit as one involved in war crimes during the occupation of Bucha, a town outside Kyiv that has drawn international attention for reports of Russian atrocities. Kremlin spokesman Dmitry Peskov didn’t immediately respond to a request for comment.

Sergei Sobyanin cited the impact of foreign companies shutting down operations in Russia in a post on his blog on Monday and pledged special subsidies for those affected.

More than 750 foreign companies have curtailed or suspended operations in Russia since the invasion of Ukraine, according to economists at Yale University.

Russia’s economy has withstood unprecedented sanctions pressure and the situation is stabilising, Putin said. In a televised meeting with officials, the Russian leader highlighted the rise in the rouble and said fiscal policy must actively support the economy by maintaining liquidity.

According to Bloomberg Economics, capital controls have steadied Russia’s financial sector and propped up the rouble, but a recession triggered by the sanctions is likely to be deep and prolonged.

Ukraine’s postal service said it has sold almost half a million stamps featuring a soldier on the tiny Black Sea outpost known as Snake Island who became a symbol of resistance to Russia’s invasion on the day it began.

According to the story, guards on the island swore at the Moskva – Russia’s flagship missile cruiser that later caught fire and sank – and another ship when ordered to surrender. An audio recording of the exchange spread on social media and unleashed patriotic memes. The total number of available stamps – which went into issuance last week – is one million and no additional issues are planned, the postal service said on Facebook.

Viktor Medvedchuk, a businessman and politician seen as one of Putin’s top allies in Ukraine, has agreed to offer himself in a swap for troops and residents in Mariupol, according to the State Security Service in Kyiv.

After Medvedchuk was detained this month, Ukrainian President Volodymyr Zelensky proposed swapping him for prisoners of war. He had gone missing around the start of the war after being placed under house arrest last year.

Separatist fighters were in factories in Mariupol on Sunday as Ukraine’s crucial port city appeared on the brink of falling to Russian forces.

Almost every flight from Belgrade to Moscow has received an anonymous bomb threat since other European carriers stopped flying to the Russian capital, causing delays or requiring the plane to return to its airport of origin for security checks, Vucic told Pink TV.

Central bank Governor Elvira Nabiullina said Russia is struggling to find alternative reserve currencies after international sanctions cut access to about half of its stockpile and left it with only yuan and gold.

Before the invasion, the Bank of Russia spent years reducing exposure to the dollar, bringing its share to just under 11% at the end of last year. But more than a third of the total was in euros – on top of additional investments into currencies such as the British pound and yen.

Shelling of Kharkiv was reported throughout the night.

The government is attempting to negotiate passages to safety from the Donetsk and Luhansk regions in the east, including Mariupol, as well as from the Kherson and Zaporizhzhia regions. Vereshchuk said Kyiv was specifically calling for a special corridor from the Azovstal plant for civilians.

Four people were killed when trying to escape Kreminna in Luhansk by car on Monday, Governor Serhiy Haiday said.

Spain to reopen embassy in Kyiv

Spain plans to join European Union allies in reopening its embassy in Kyiv soon, Prime Minister Pedro Sanchez told Antena 3 television. The EU reopened its mission in Kyiv just over a week ago after Russian troops retreated from the region, though the capital has come under fire again in recent days.

Russian shelling in Kharkiv over the past four days has also injured more than 100, Zelensky said in a video posted to social media. DM