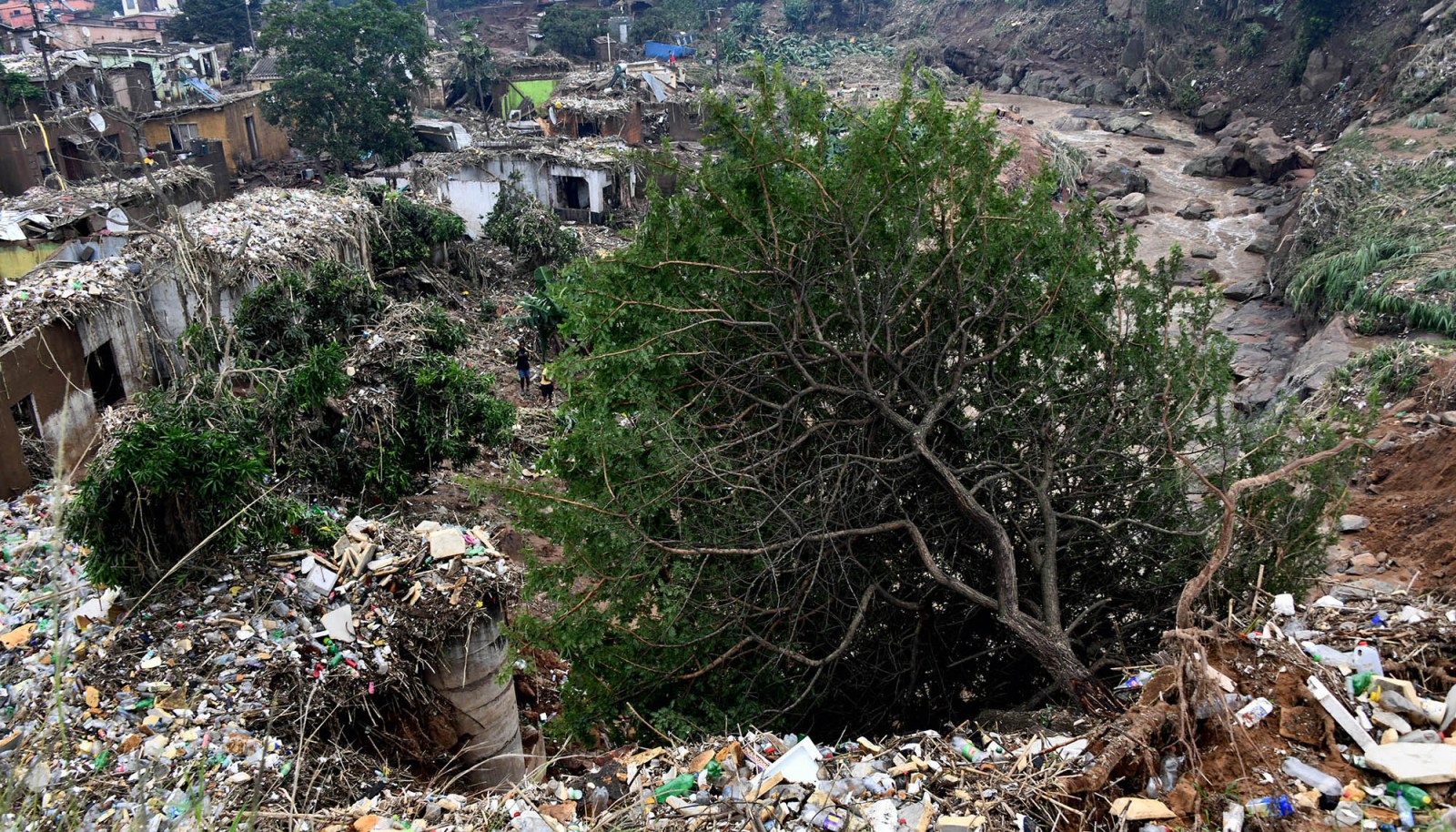 When the KwaZulu-Natal government finally takes stock of the devastation of the past week and its aftermath, it would do well to consider, if not heed, some of the advice that has been tabled by its own creation, the KwaZulu-Natal Planning Commission, over the years.

Through its Provincial Growth and Development Strategy (PGDS), which was initiated in 2011 and reviewed as recently as last year, the KwaZulu-Natal Planning Commission has raised red flags about the province’s capacity and readiness to respond to a wide range of challenges, including climate change.

Comprised of a panel of luminaries in various academic disciplines who undertake and guide long-term strategic planning and make recommendations to the provincial government, it complements the National Planning Commission.

The latest review of the PGDS was informed by a detailed scan of the policy environment and sought to identify significant shifts that may have occurred since the previous review in 2016. It examined the latest studies and empirical reports on the successes and failures to implement strategic imperatives to determine the areas that needed priority attention.

For instance, it has decried the lack of implementation of long-term strategies to confront the realities of climate change that have seen rising sea levels and the implications for coastal towns and resorts such as Umdloti north of Durban and Margate further south.

The commission’s strategy document notes: “The principle of spatial resilience calls for the evolution of settlements and land use patterns that can withstand natural shocks, including the impact of climate change and the concomitant natural catastrophes. A resilient human settlement can meet, respond and adjust to changes in their environment.”

It is not anybody’s fault that flooding on this scale claimed so many lives and left an unprecedented trail of destruction. It is also doubtful that any government or institution could have been prepared to respond to the satisfaction of everybody given the material conditions on the ground and the realities of politics in this province.

Much has been said by engineering, environmental and town planning experts about what should or should not have been allowed to happen. A number of questions need to be answered.

These are exactly the kind of issues the commission has been warning the government about. It says: “The public sector faces persistent challenges at an operation level, including declining public confidence and trust; weak accountability and a general lack of consequence management; uneven service delivery; persistent and escalating corruption; a leadership deficit and poor governance resulting in missed opportunities and efficiency gains.”

This has been obvious in the flooding crisis.

Challenges are evident in the municipalities where experienced engineers and other technocrats have been overlooked in favour of outsourcing to service providers who have in their pockets senior municipal officials. That is why in many municipalities water tankers, which should be providing temporary relief, are a permanent feature while communal taps, installed at great cost in many villages and informal settlements, run dry.

In some municipalities, such as those in the uThukela district, it is alleged that contractors receive payment without delivering any water.

This also talks to weak accountability and lack of consequence management, because every year the Auditor-General identifies problems with these contracts, but nothing happens. It will therefore come as no surprise if the same vultures feast from the latest water crisis in the aftermath of the flooding disaster.

The commission points out: “The weaknesses in capacity and performance are most serious in historically disadvantaged areas where state intervention is most needed to improve people’s quality of life.

“The severity of capacity and resource constraints varies across different levels of government. Some of these relate to substandard political appointees. As is clear from the Auditor-General’s reports over the years, at the local government level capacity deficiencies are largely due to the absence of technical skills and execution failures. Another factor is that municipalities are routinely disregarding the recommendations of the Auditor-General.

“Skills shortages are found in key areas such as project management, procurement and contract management as well as financial management. The ability to execute mandates and deliver services to communities is weak too. Building capabilities is key to retooling the state for higher performance. The starting point should be to fix political management at the centre.”

A leadership deficit is also evident in the inability or reluctance of the KwaZulu-Natal authorities to act firmly against housing structures that are mushrooming across the province without authority. Attempts to clear informal settlements are a hot political potato despite efforts to enact laws to address the challenge within South Africa’s constitutional framework of human rights.

For instance, organisations such as the Economic Freedom Fighters openly instigate the landless to occupy any vacant state land, regardless of its suitability and accessibility to essential services. When disaster strikes, as it has done, the responsibility falls on the government’s shoulders to assist.

But KZN has the unique challenge of land under the Ingonyama Trust where municipal authorities seem incapable of preventing residential settlements — some in the form of luxurious villas — from springing up in every corner of the province. Town planning, environmental and other considerations are ignored when traditional leaders allocate land at will and unstable structures are built.

The commission had cautioned the government about these dispersed residential settlements on agricultural land which are also diminishing agricultural development potential and production. Therefore, while we are overwhelmed by the floods now, the province is not doing what is necessary to ensure long-term food security.

Of course, the Provincial Growth and Development Strategy is not about last week’s floods. It is about long-term scenarios and planning, and as the commission notes, “The need to build government capacity to effectively implement the policies, strategies and programmes of government remains one of the most critical priorities of our province and country. Lack of appropriate implementation capacity is one of the main underlying reasons for the outcry about poor service delivery.”

But, if the starting point should be, as the commission suggests, to fix political management at the centre, where is KwaZulu-Natal today on that road?

The tussles within the ruling ANC in the province, which are evident in the regional conferences to elect new leadership, suggest that it will be a while before whoever takes over as the provincial chairman and premier has time to apply their minds to what is contained in the Growth and Development Strategy.

Unfortunately, time is running out to fix political management at the centre before it is too late to heed the fundamental warnings sounded by the commission on a wide range of other issues, beyond climate change and its manifestations. DM