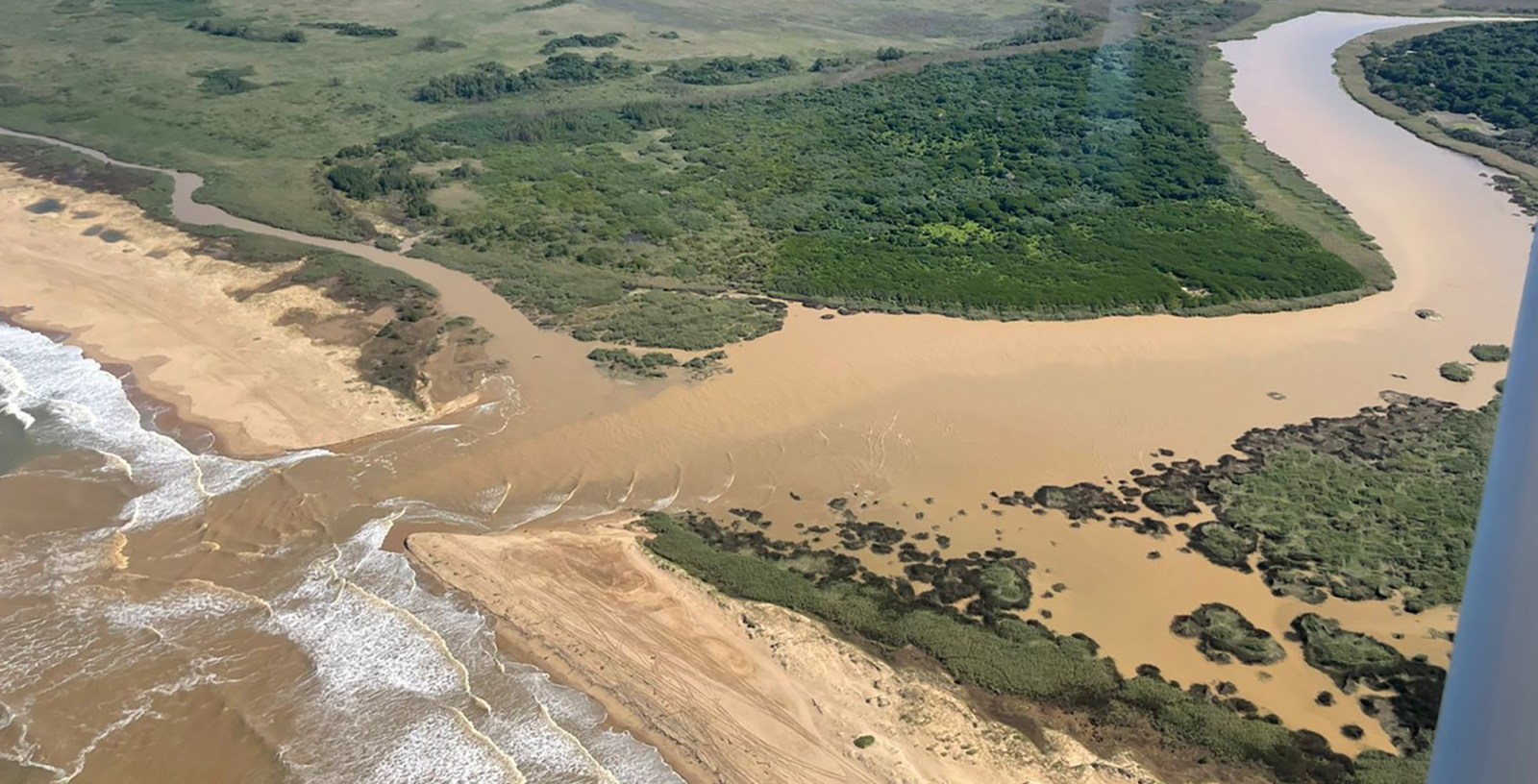 Amid the human and economic tragedies wrought by the KZN floods, there was cause for some celebration last week when rising floodwaters broke open the mouth of the Lake St Lucia estuary.

It may seem strange for so much attention to be given to whether a river estuary is open or shut – even if it is the largest in South Africa, in the heart of a World Heritage Site.

But this shallow 70km-long lake system is no ordinary water body. For centuries, it has been shaped by whether the water is salty, fresh, or somewhere in between these two extremes.

These altered states between hyper-salinity and freshwater – as well as the volume of water in the lake – exert complex ripple effects on the natural ecology and the associated pressure cooker of steady human population growth and commerce in the surrounding region.

For roughly 70 years, park managers and other interest groups have sought to re-engineer this complex hydrological environment to achieve some form of social and environmental “stability” – but nature is powerful and unpredictable.

And nature intervened once more in the early hours of April 14 when a major pulse of floodwater broke open the mouth to allow seawater and freshwater to mix things up once more.

It certainly wasn’t the massive jackhammer of water that many hoped would miraculously flush away the rising social tension and the decades-old accumulation of muddy sediments that has been building up around the mouth of this globally significant wetland system.

Nevertheless, it was as if a cork had been released from the neck of a massive bottle, allowing the roiling waters of the Umfolozi River and the lake to re-enter the Indian Ocean.

The lifting of this vital pressure-relief valve has also provided some breathing space – albeit temporary – for iSimangaliso Wetland Park conservation managers to address the increasing clamour by farmers, local tourist operations and saltwater anglers who favour the resumption of regular, artificial breaching of the lake mouth.

One example of the social ripple effects emerged last month when several hundred people attempted to invade the Futululu forest section of the park.

Though many were “opportunists” hoping to grab a cheap plot of land, the occupation attempt in the Unesco World Heritage Site was partly driven by subsistence farmers whose plots along the Umfolozi River floodplain have been inundated by water, which backed up into their plots because the river water could not break through to the sea.

Now that the “cork” (the sandbar at the joint river mouth of the Umfolozi and Lake St Lucia) has been removed, the high levels of freshwater in the river floodplain and in the lake will start to recede from the floodplain.

As the sodden land dries out, those farmers driving the illegal occupation at Futululu can now return to their flood-prone plots next to the Umfolozi.

The natural opening of the mouth also increases the likelihood that seawater can re-enter the lake estuary, bringing in more of the saltwater fish species that many anglers favour over freshwater species such as tilapia or barbel.

Large stands of freshwater riverine reeds that have proliferated near the mouth may also begin to die off naturally as they cannot tolerate very salty water conditions.

However, at least two big questions remain: How long will the mouth remain open? And will this natural breaching be sufficient to scour away tons of muddy sediments (and sea-driven beach sand) that have hampered navigation and wildlife viewing by several boat-based tourism operators?

Dr Ricky Taylor, a retired park ecologist who has spent several decades observing the fluctuations of the lake, said: “I am delighted with the breaching of St Lucia. My hope is that a lot of sediment will scour from the system and the mouth will stay open for long enough for saltwater to enter to re-establish estuarine conditions.”

But he also fears that – despite the high volume of rain that fell along the coastline last week – it was “quite a small flood” when compared to previous storms that were driven by larger volumes of water from higher up in the Umfolozi River’s catchment area.

Taylor notes that muddy rivers drop their loads of sediment as they approach the sea and lake. Over time those fine sediments become compacted and “almost immovable” unless there is a massive pulse of floodwater.

“I am a bit pessimistic about how much [sediment] will be flushed out this time – but I have not seen any of the hydrological or sediment monitoring data yet,” said Taylor.

In 2011, based on a scientific re-evaluation of past human intervention, iSimangaliso took a policy decision to begin restoring the natural hydrological and ecological functioning of the lake system – essentially leaving things to nature, rather than regular human and engineering interventions.

Crucially, the park authority decided to allow the Umfolozi River to revert to its natural course to allow more freshwater to flow into the lake – a significant reversal of the previous policy of deliberately separating the Umfolozi from the lake since the 1950s.

Studies suggest that this river once provided nearly 60% of the lake’s freshwater flow and it was therefore crucial to restore that hydrological umbilical cord.

While several sugar farmers opposed that decision, they lost their case in the high court and Supreme Court of Appeal.

Since then, more water from the Umfolozi has returned to the lake – but the high volumes of muddy sediments from that river have also raised the ire of many other interest groups who favour the resumption of engineering solutions to keep the mouth open by artificial breaching and dredging.

In January 2020, iSimangaliso bowed to this pressure and allowed the mouth to be breached artificially using mechanical equipment.

While the park managers were praised by those interest groups in favour of deliberate management of the mouth, a group of estuarine scientists and other conservation groups condemned the artificial breaching.

In a letter to Forestry, Fisheries and Environment Minister Barbara Creecy, the scientists asked for an explanation on who authorised the policy flip-flop on artificially breaching the Lake St Lucia mouth.

In response, Creecy appointed an expert panel to advise the government on what should be done to manage the mouth management conundrum.

By coincidence, on April 14, the same day that nature intervened to reopen the mouth, Creecy announced that she had received the panel’s findings and recommendations “and will make the report and its recommendations public in the near future”.

Given the heated public controversy and polarised views on what should be done, it seems inevitable that the panel recommendations will be contentious either way. DM/OBP