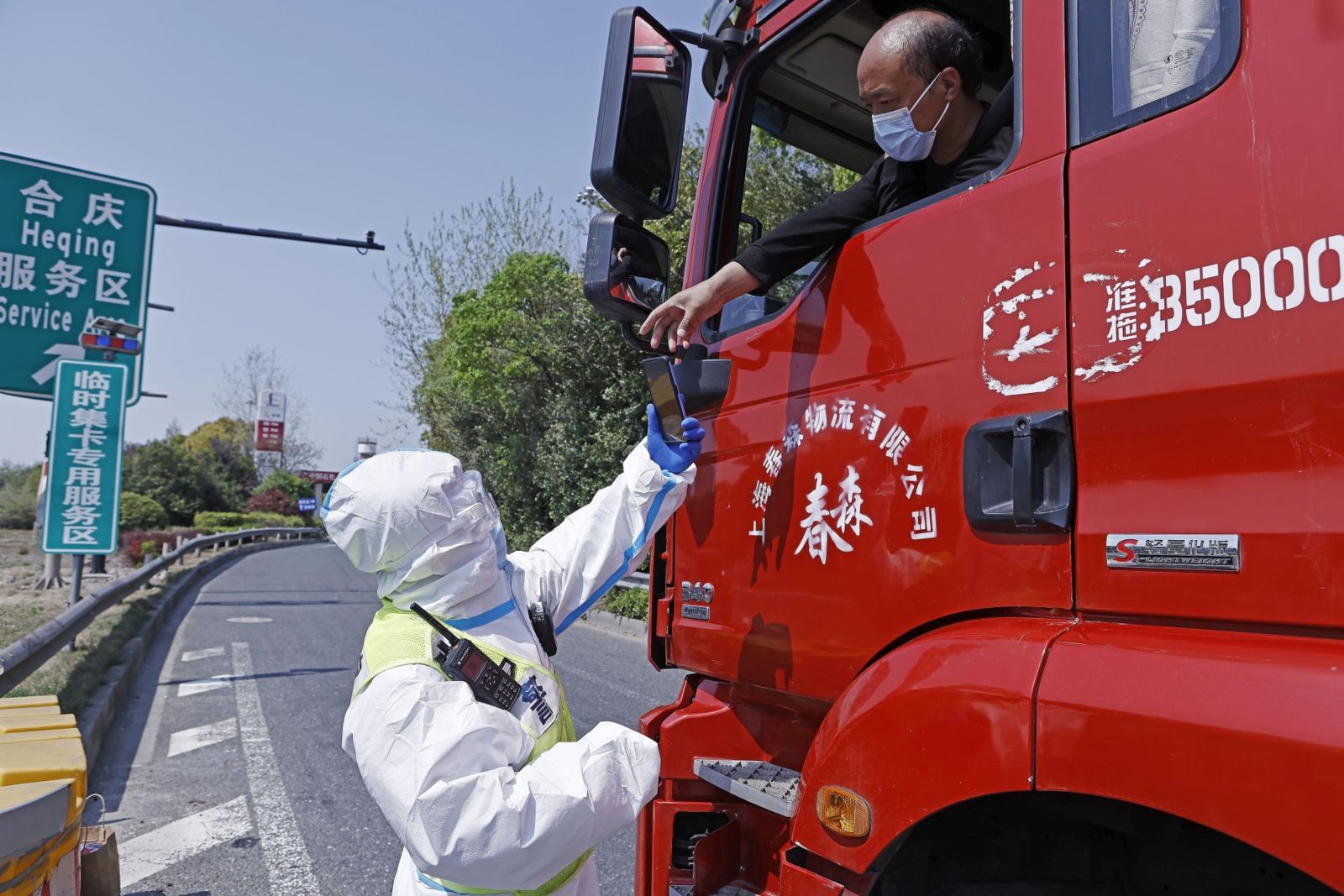 China’s network of delivering everything from electronic parts to raw materials to the nation’s factories has ground to a halt as Covid-19 restrictions leave hundreds of thousands of truck drivers caught in a web of quarantine controls.

The country relies on its 17.3 million truckers to keep store shelves full while also connecting the nation’s ports with its manufacturing hubs. The logjam is preventing crucial deliveries from reaching companies, stalling production in key industrial regions, with the impact likely to continue rippling across the economy even as cities move to loosen lockdowns.

Tech giants including Semiconductor Manufacturing International Corp. have been hampered by a lack of trucks to ship out chip sets. Logistics jams are creating parts shortages for companies such as iPhone assembler Pegatron Corp. Automakers including Tesla Inc. have shut down factories, awaiting deliveries of semiconductors.

The stalled productivity threatens to further slow the economy, with economists now predicting an expansion of 5% this year, below the official target of around 5.5%. China’s pursuit of a Covid Zero strategy is likely to create supply-chain disruptions that last through the majority of 2022, according to Morgan Stanley.

The impact of Covid measures has been severe. One measure of nationwide truck traffic is already down about 40% from mid-March, with activity around Shanghai itself a mere 15% of normal levels, according to Ernan Cui, an analyst with Gavekal Dragonomics.

“The central government is now trying to clear up these transportation snarls, so the problem may have stopped getting worse,” according to Cui. “But a full recovery is impossible until more cities relax their border controls and other public-health restrictions, which is unlikely before the end of April.”

Trucks dominate China’s local transportation, hauling about three-quarters of total freight, according to data from the Ministry of Transport.

Covid Zero orders are creating difficult conditions for the truckers themselves. Drivers have been hampered by the need to undergo compulsory mass testing being conducted in cities like Shanghai and the need to show negative Covid results at multiple checkpoints.

In some instances, truck drivers have been sealed inside their cabins, their doors and windows taped over with plastic, leaving them locked inside their vehicles.

“I was stuck in my truck for almost 24 hours last weekend,” said one driver, surnamed Song, who didn’t want to give his full name. “Like every other exhausted trucker who’s helping out the supply shortage, I need to eat, drink, pee. They sealed our truck windows at almost every check point.”

Truckers were facing onerous conditions even before the lockdowns were implemented, with more than 37% of drivers working more than 12 hours on average a day, according to a June 2021 report from the China Federation of Logistics & Purchasing.

Many truckers bristle at the restrictions, seeing themselves as essential workers during the pandemic.

“Delivering materials to build the makeshift hospitals, vegetables and necessity supplies — which of these could be done without us truck drivers?” said one trucker in a video widely circulated on social media.

The harsh containment measures have paralysed transportation across the Yangtze Delta region. That includes the world’s largest port of Shanghai, where inefficient Covid testing reduced the number of truck drivers with valid certificates while other drivers stayed away to avoid mandatory quarantines, according to a Caixin report late last month.

The trucking of base metals like copper and zinc in and out of warehouses in Shanghai, including those in the duty-free bonded zones, has largely ground to a halt since the start of this month, according to traders and logistic managers.

The car industry has also been hit by the supply chain snarls. EV maker Nio Inc. has halted production and suspended deliveries because many of its suppliers have had to idle factories.

“The sprawling pandemic across the regions, in particular in Jilin province and Shanghai city, has a huge impact on both the production end and dealership end,” Cui Dongshu, the secretary general of the China Passenger Car Association, said at a briefing earlier this week. “The change in Covid prevention policies in different cities has imposed an extraordinarily severe impact on logistics.” BM