Taiwan says it's at only early stage of Covid-19 outbre...

Taiwan says it’s at only early stage of Covid-19 outbreak, cases will rise 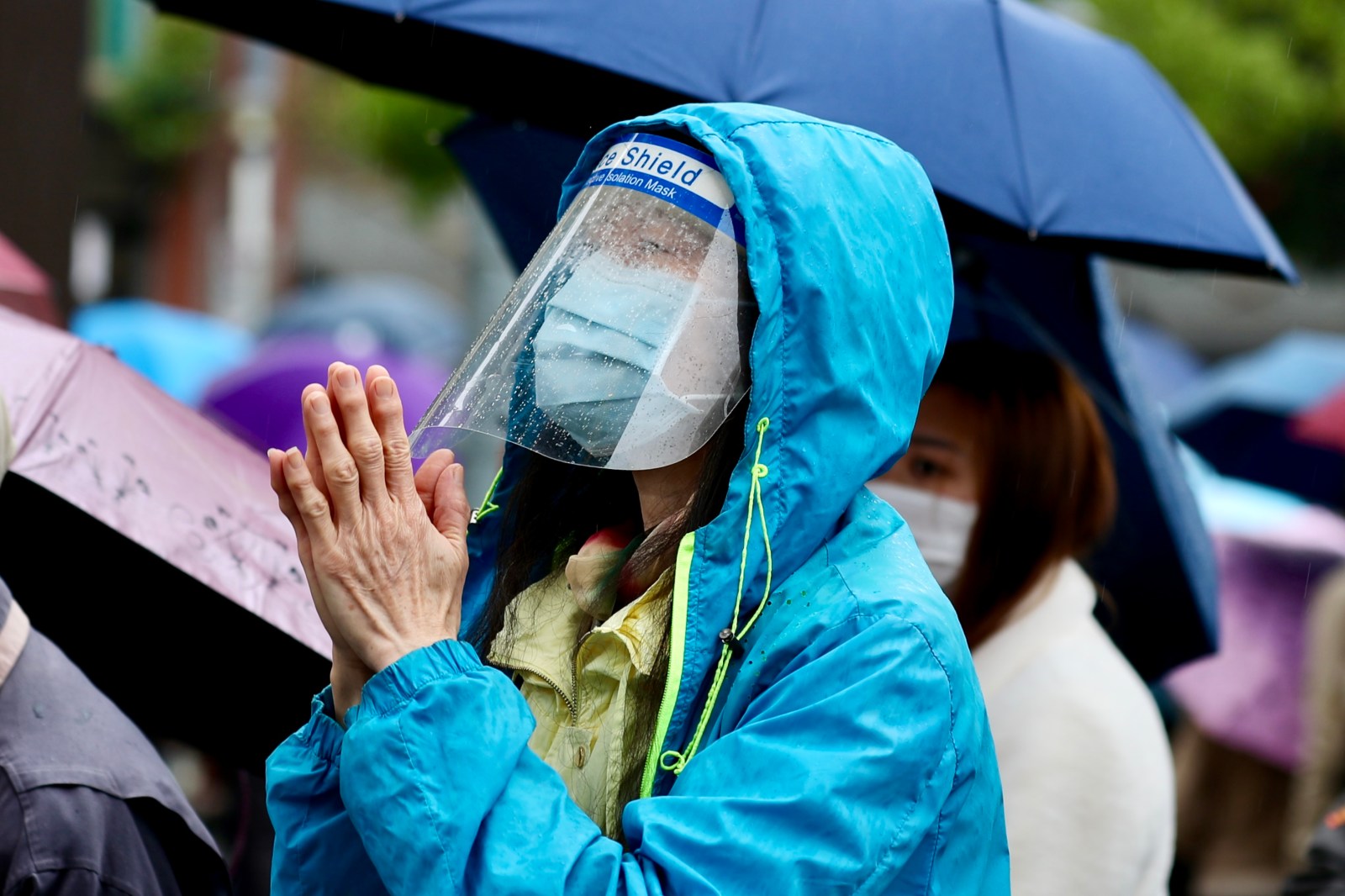 People wearing masks pray outside the Longshan Temple during the celebration of the Lunar New year in Taipei, Taiwan, 01 February 2022. EPA-EFE/RITCHIE B. TONGO

TAIPEI, April 13 (Reuters) - Taiwan is in only the early stages of a Covid-19 outbreak and domestic cases will keep rising for the time being, its health minister said on Wednesday, as the island recorded its highest number of daily COVID infections since the pandemic began.

Unlike much of the rest of the world, Taiwan has kept the pandemic well under control with strict and early measures, including implementing an efficient contact-tracing system and largely closing borders.

But local cases have been steadily rising since the start of this year, though the numbers are still relatively small at 4,932 discovered since January 1. Only 16 people have been classified as even moderately ill and just two have died. Taiwan’s population is 23 million.

“The rising trend is certain, but it’s hard to predict where the high point is,” he added.

Speaking earlier to reporters at parliament, Chen said it was possible that daily cases could hit 10,000.

The government has been talking about the “new Taiwan model”, trying to eliminate serious illness while controlling less severe cases and not shutting down large parts of the economy, as happened between May and July last year during an earlier spike.

Officials have said there is no need to panic, pointing to the rarity of serious illness, but have urged people to get booster vaccine shots.

Some 80% of people are now double vaccinated and more than half have had a booster, while mask-wearing mandates remain in place. Masks are widely worn.

Chen did not answer questions on whether the government would move again to tighten rules on attending mass gatherings, such as concerts.

But he urged everyone to download a government-backed contact-tracing app that sends alerts to people who have had close physical contact with an infected person.

Since the pandemic began more than two years ago, Taiwan has recorded 29,593 infections – around one third of which were imported cases – and 854 deaths.